The Legacy of Charles Booth

Charles Booth is renowned for his monumental 18 volume work, ​‘Life and Labour of the People in London’, the result of 14 years of painstaking research, interviews, and statistical analysis. This monumental project includes: ​“Quite the most important thematic maps of the Metropolis [published] in the nineteenth century ” (Hyde). 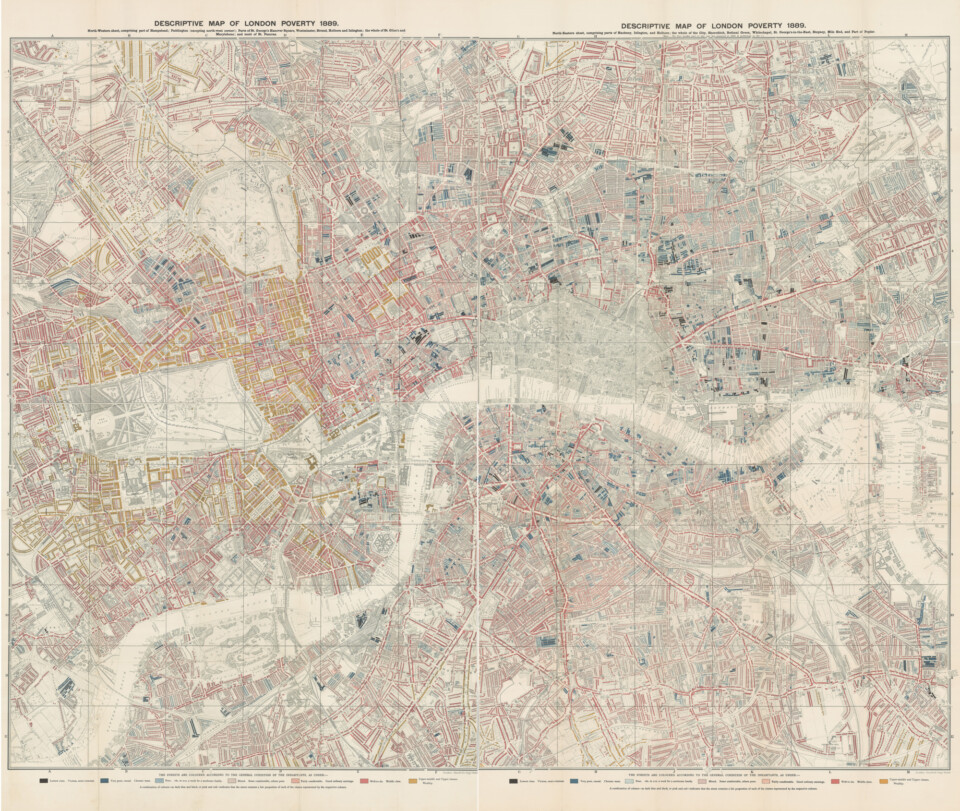 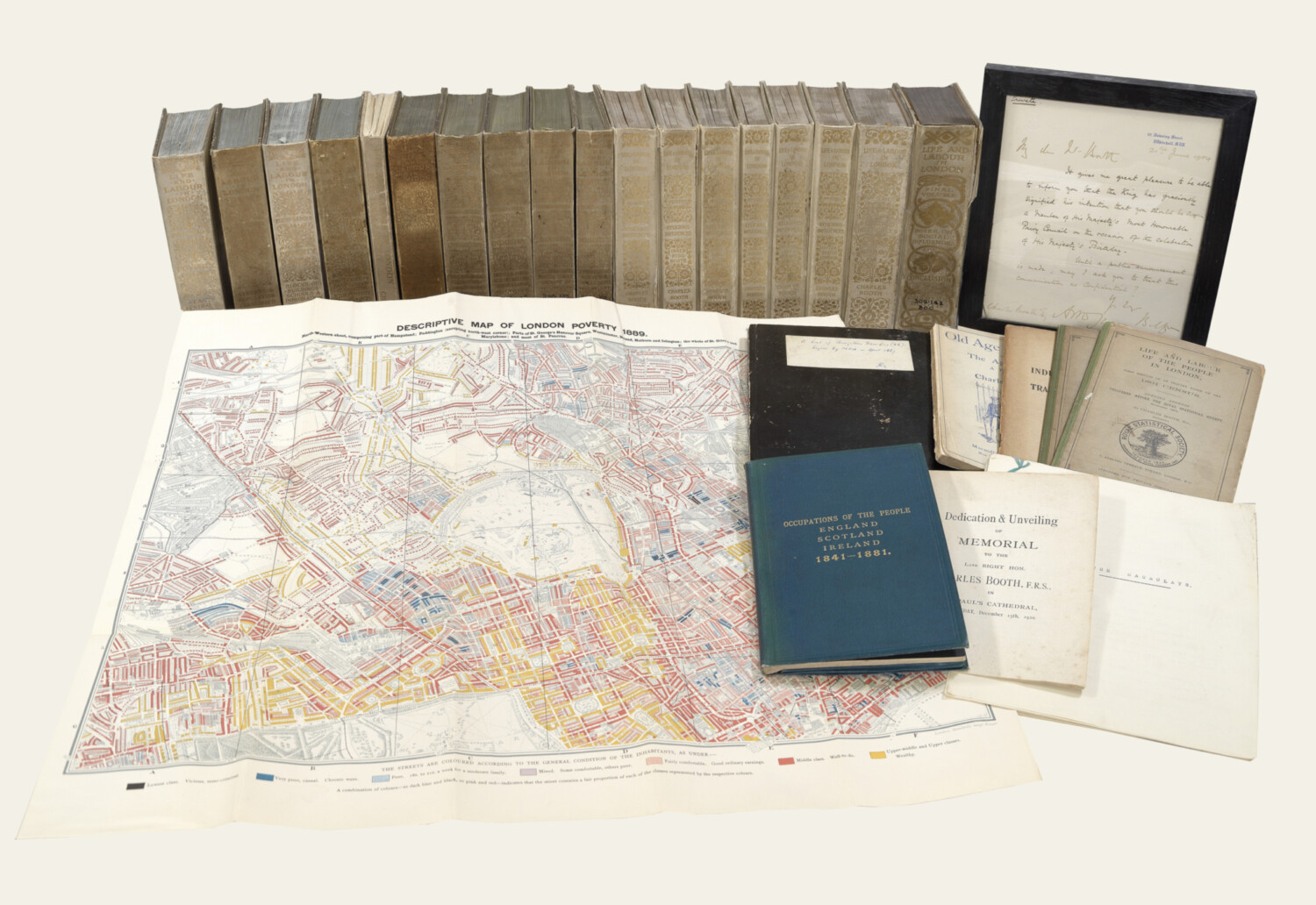 Booth​’s interest in social reform began in the 1865 election, whilst campaigning for the Liberal Party in Liverpool he was struck by the vast amounts of poverty in Toxteth. After moving to London, Booth assisted the Lord Mayor of London’s Relief Fund by analyzing census returns in 1884. He found the records to be disappointingly inadequate and sought to expand and improve upon the process of data collection. A year later, in 1885, Henry Hyndman’s published enquiry for the Social Democratic Federation suggested that 25 percent of the population in London lived in extreme poverty, which Booth thought was ​“grossly overstated” and spurred him to undertake a survey of his own. He began the effort in earnest on 17 April 1886.

Booth began his research in East London, setting out on foot with his team to conduct preliminary enquiries into the poverty conditions and occupations of the local inhabitants. Every street, court and block of buildings was examined and analyzed initially until the scope of the project exceeded this level of detail and the surveys focused on street level statistics. Booth’s aim was trifold: to determine how many people lived in poverty, why there were in this impoverished state, and how they could be freed from these downtrodden shackles.

His first survey, ​‘Life and Labour of the People’ was published in 1889, followed by a second volume in 1891. A third and definitive edition, published in 1902, extended to a vast 18 volumes. 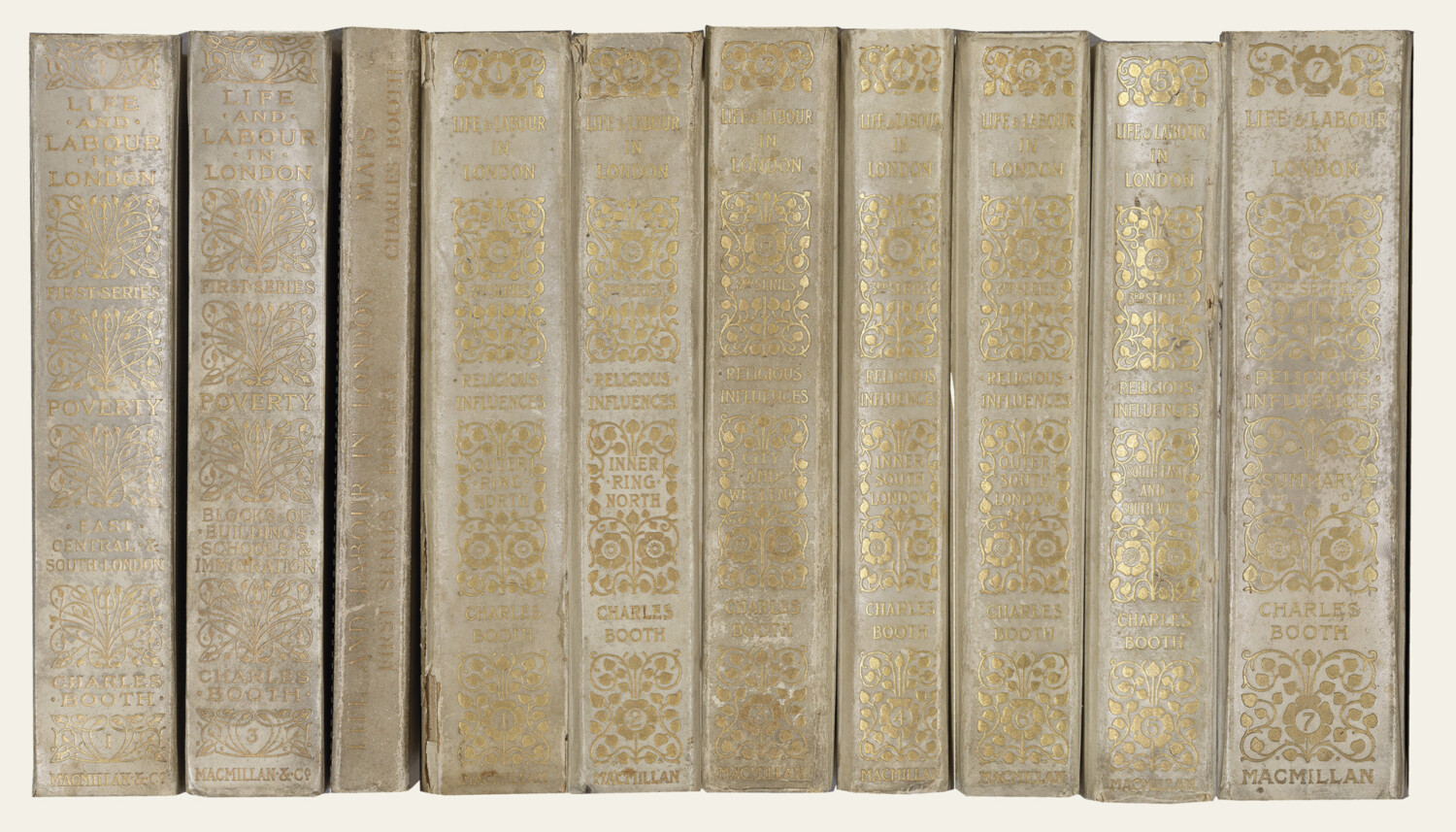 For the Poverty section, Booth canvassed the School Board Visitors for information on the levels of poverty and the families’ types of occupations. He also explored specific areas and subjects, including population movements and education. The Poverty section culminates with the iconic map of London, colour coded to offer a frank visual guide to deprivation (or lack of it) across the city. For the base map Booth has used Edward Stanford’s Library Map of London and Suburbs with a scale of six inches to one mile. The colouring of the map depicts, by street: ​“The Lowest Class. Vicious, semi-criminal” (black); ​“Very Poor, casual. Chronic Want” (blue); ​“Poor. 18s to 21s a week for a moderate family” (light blue); ​“Mixed. Some comfortable, others poor” (purple); ​“Fairly Comfortable. Good ordinary earnings” (pink); ​“Well-to-do. Middle class” (red); ​“Upper-middle and Upper classes. Wealthy” (yellow).

The following Industry section looked at every type of trade conducted in London and sought to categorise them by wage levels and employment conditions. The Religious Influences section examined other factors influencing the daily life of Londoners, including but not limited to religion, philanthropy, local government and policing.

Life and Labour was designed to show ​“the numerical relation which poverty, misery and depravity bear to regular earnings and comparative comfort, and to describe the general conditions under which each class lives”. 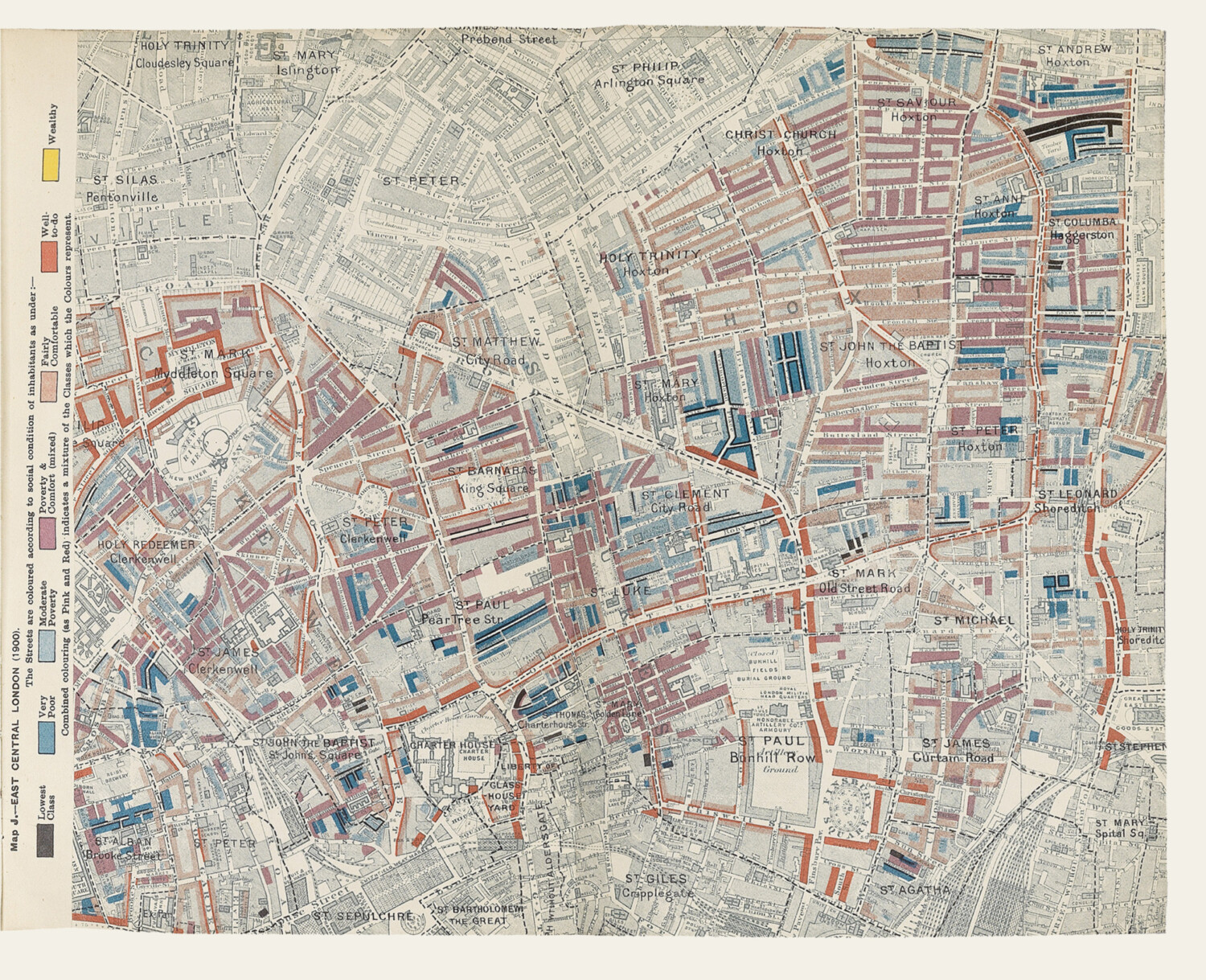 Unlike many of his contemporaries, Booth approached the question and cause of poverty as a consideration of practicality rather than a moralizing sentence. In this light, his Life and Labour was recognized as perhaps the most comprehensive and illuminating work of descriptive statistics which had yet appeared. Booth’s classifications were based on income and employment patterns and status rather than social classes. He identified eight classes and labelled them from A to H. To Booth, the line of poverty could be drawn around the point of a ​“bare income” of 18s. to 21s. per week, which separated those who could just get by and those who were in need.

Among the many who helped him to compile his material, and edit it, were his wife’s cousin, Miss Beatrice Potter (Mrs. Sidney Webb) and Sir Graham Balfour for the earlier volumes, and Ernest Aves for the latter.

While Booth was beginning his research for Life and Labour, he presented his first paper, ​‘The Occupations of the People of London’, in the spring of 1886 to the Royal Statistical Society. The subsequent publication ‘‘Occupations of the People 1841–1881’ offered close to a hundred pages of tables drawn from the censuses. He sought to portray the current industrial composition of the country through census analysis. In this study, Booth assumed that all males over 20 should be considered earners rather than dependents.

In 1893, Booth delivered another lecture to the Royal Statistical Society, in which he draws on the latest census of 1891, in order to further his enquiries into the state of London’s poverty. One of the volumes present here is extensively annotated, in Booth’s own hand, with notes pertaining to the later 1902 edition of his work.

Booth was not only concerned about impoverishment but also looked into its alleviation. In 1893, he served on the Royal Commission on the Aged Poor. Alas, the commission failed to come to a unanimous conclusion and Booth signed the minority report in 1895. In 1899, Booth published ​‘Old Age Pensions and the Aged Poor: A Proposal’, which set out his thoughts on state pension prevision. It would, however, take another nine years for his ideas reach the statue book, when the Liberal Party passed the Old Age Pensions Act, in 1908. Even then Booth’s re commendations were not full adopted, with pensions set to be means tested rather than universal, which not come into effect until 1946!

Although Booth had studiously avoided party politics throughout his long career, in order to maintain his impartiality, his prominence and renown as the foremost expert on social reform lead to him being appointed to the Privy Council in 1904. The Council which consists of some of the leading political, religious, and legal figures of the day, constitute the highest advisory council to the monarch. At present the council contains some 650 members.

One of Booth’s last major public roles was his appointment to the Royal Commission on the Poor Laws in December 1905. He published three pamphlets while serving in this role, with the final one entitled ​‘Industrial Unrest and Trade Union Policy’; in which he forwards somewhat unusual solutions to industrial relations, by the grading of employers by trade unions and workers.

Booth married Mary Catherine, only daughter of Charles Zachary Macaulay, and granddaughter of Zachary Macaulay in 1871. Her father was one of the founders of the Society for the Suppression of Vice and an antislavery activist and no doubt influenced his daughter’s own views on social reform and research.

The Booth family rented Gracedieu Manor near Thringstone in 1886 to serve as a halfway stop between Liverpool and London, where Booth had extensive business concerns. Mary Catherine took an active interest in social reform alongside her husband. In a letter from 1878 to Booth she wrote, ​“Boy, Boy, I must do something, put out a hand to help in all this misery. I do so long for strength and health”. With the same vigour and inquisitiveness as her husband, she independently gathered her own sources and information.

Mary established ​‘Mothers’ Meetings’ held every Monday at Gracedieu for women in the local community to knit and sew over cups of tea while she read aloud from books, often Dickens or Scott. Some of her entries are updated to note whether the residents had attended the Mothers’ Meetings. 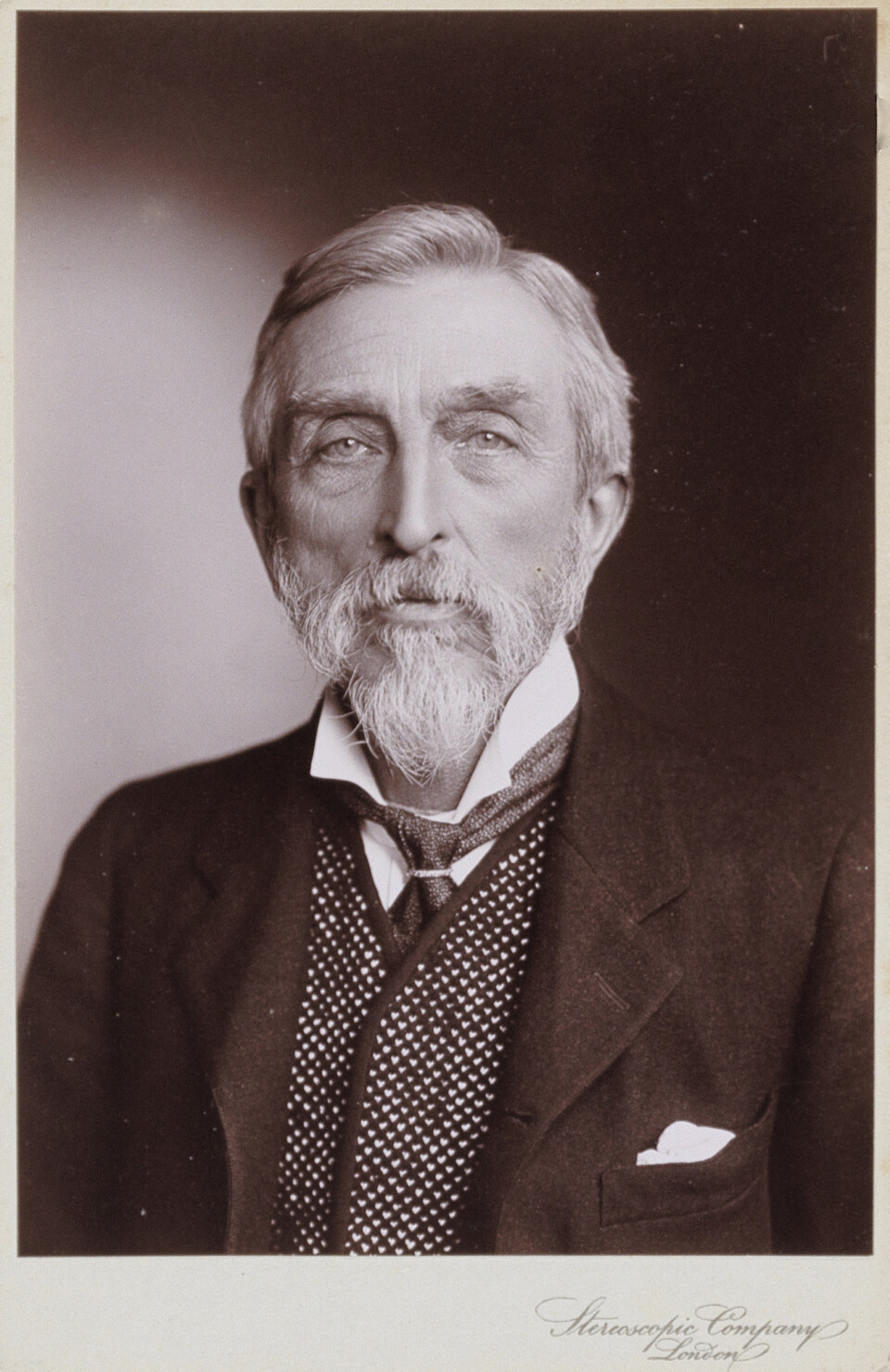 Booth died on 23 November 1916 at home at Gracedieu Manor. A service was held in Booth’s honour at St. Paul’s Cathedral on 15 December 1920 to dedicate a memorial to him. The Right Hon. Austen Chamberlain, M.P. led the service and his address is included in the program. Chamberlain lauds Booth’s work as groundbreaking noting that his survey ​“marked a new stage in social enquiry, and gave a new basis upon which to build social theories and put forward practical reforms. It will remain a lasting monument of London and of the life of London as it has been in our time”.

Booth was a voracious writer throughout his life, and his wife anticipated that his musings in private correspondence may one day be an important resource, commenting ​“Some day, perhaps a hundred years hence, they may yield a rich harvest to some student of the future, telling of the ways in which a Captain of Industry in the days of the great Queen did his work, before State Control, and possibly International State Management, revolutionize the conduct of Industry”.

This legacy lives on in the rich archive of his life’s work. The London School of Economics (LSE) retains the archive of Booth’s original research and interview notebooks, numbering over 450 in total. The University of Liverpool Special Collections & Archives has additional archival material, including manuscript and typescript copy, proofs with corrections, maps and other material compiled by Booth and his associates. Senate House Library holds correspondence of the Booth family members, including material related to the Macaulay family. 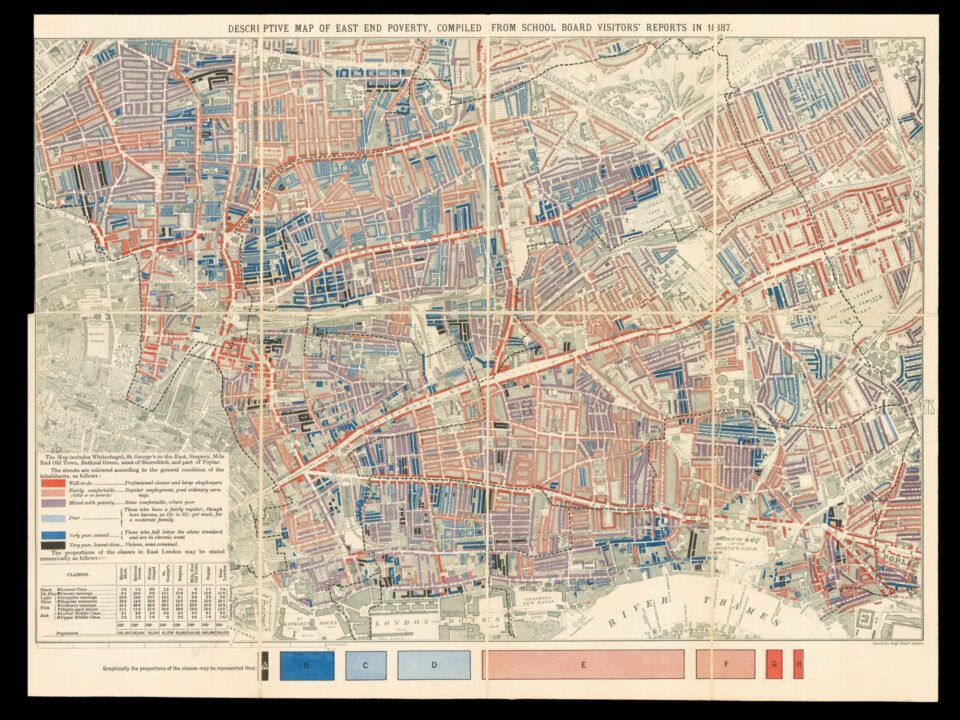