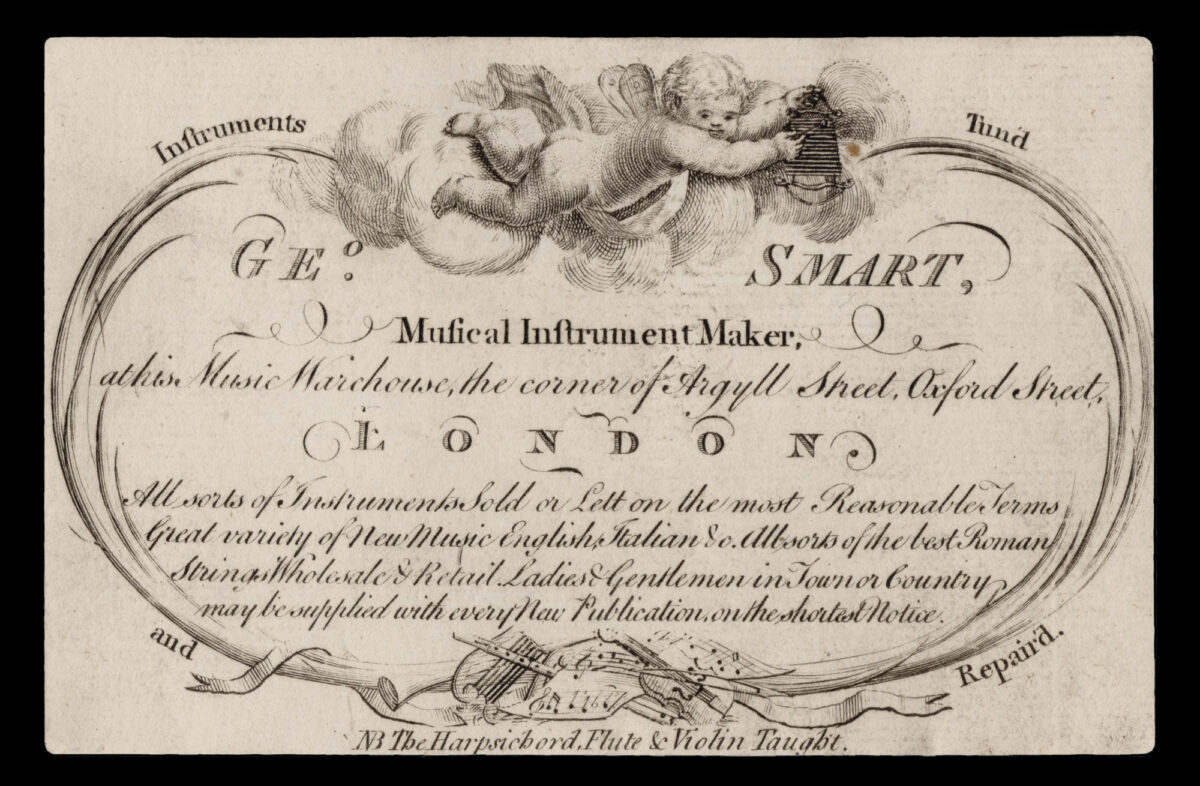 Geo. Smart, Musical Instrument Maker, … All. Sorts of Instruments, Sold or Lett on the most Reasonable Terms, Great variety of New Music, English Italian &c. Alls sorts of the. Best Roman String, Wholesale & Retail Ladies & Gentlemen in Town or Country may be supplied with every New Publication on the shortest Notice.

Born in 1745 to a long line of drapers, George Smart transitioned away from the family profession to a career in the music industry. He first worked an assistant in a music-shop at Bath as a young man, before moving to London, where he worked as an assistant in the New Bond Street music-shop of Robert Bremner, a well-known music-publisher in London and Edinburgh. He soon moved on again, this time to work under violinist and music-publisher, William Napier.

Around this time he began to advertise independent services, including manufacturing xylophones! From the early 1770s until 1802, Smart had his own music-selling shop on Oxford Street, which was first advertised as at ​“the corner of Argyll Street”, as on the present trade card, but which received the number 331 from at least 1793.

Smart had married in 1775 and the following year his wife gave birth to a son, who shared his father’s name. The younger George Smart would win great renown as a musician, becoming one of the chief musical leaders and organisers in England, directing music for events such as the opening of the Great Exhibition in 1851, and. being knighted in 1811. Smart’s other son, Henry, would also become a well-known musician, and himself father a famous composer, also called Henry Smart.

The present trade card, from the early period of Smart’s shop before it received an official number, lists the many services he offered, from the manufacture, sale or rent of instruments and music, to tuning and repairing of instruments, as well as music lessons in the harpsichord, flute and violin. At the bottom of the text is a pile of musical paraphernalia, and it is surmounted by an illustration of a putti playing a hand-held percussion instrument, perhaps one of Smart’s xylophones with which he launched his independent career. 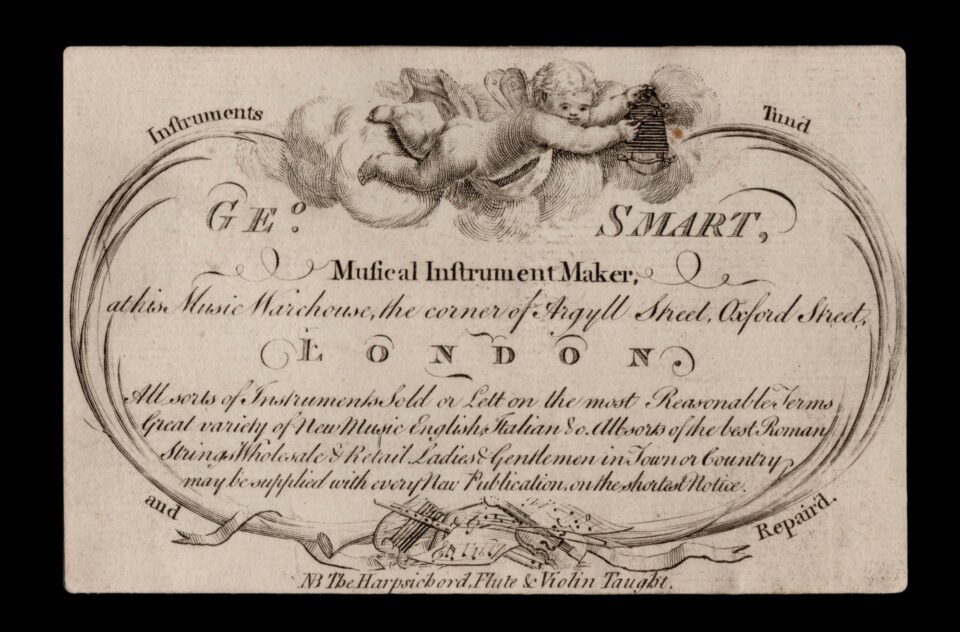