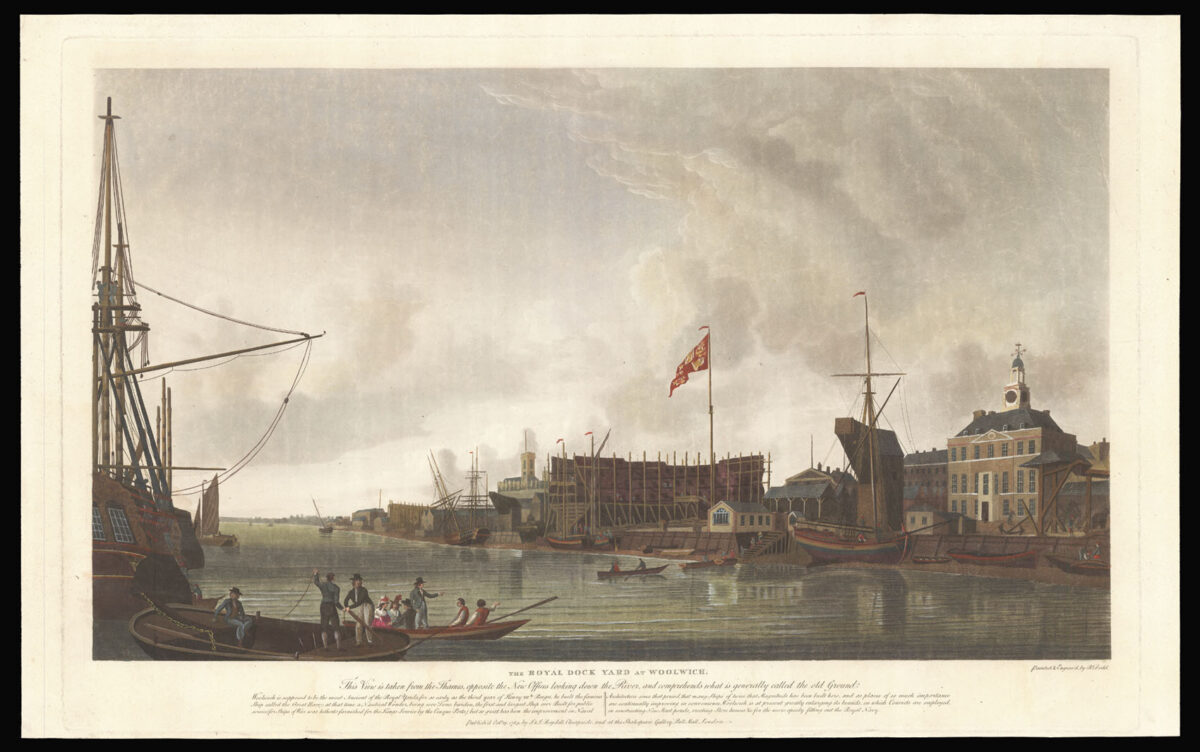 The Royal Dock Yard at Woolwich. This View is taken from the Thames, opposite the New Offices looking down the River, and comprehends what is generally called the Old Ground.

The Woolwich Dockyard was founded by Henry VIII in 1512. It quickly became the centre of shipbuilding in the country, expanding to include a ropeyard and an ammunition store. The print was made just before the yard saw a resurgence in production during the Napoleonic Wars, which required renewed naval strength from Britain.

Unfortunately, even during the reign of James I Woolwich’s location began to cause problems. The silting of the Thames prevented the launch of James’s warship Royal Prince. By 1869 the Royal Dockyard was closed.

The Boydells published three other plates of royal dockyards in the same year.

Robert Dodd (1748–1815) was a British marine painter and aquatint engraver, known particularly for his great depictions of the naval battles of the Napoleonic Wars.