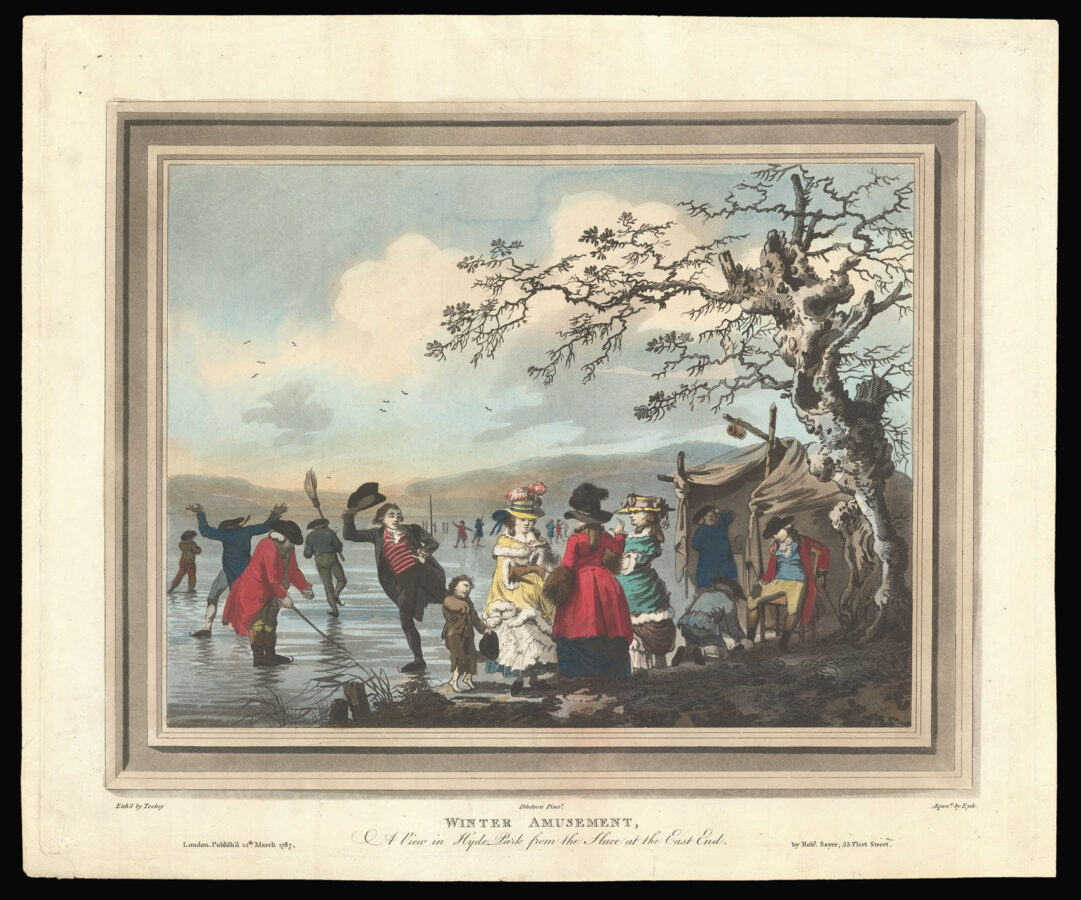 Winter Amusement A View in Hyde Park from the Sluce at the East End.

The development of metal-bladed skates in the eighteenth century made skating a popular pastime. Hyde Park was already a fashionable gathering place, and when it was cold enough for the water to freeze over the park saw skating, sledding and tobogganing. It was a universally popular diversion; those who did not have their own skates could hire them, as shown by the tent on the right. The blades were attached to the shoe by straps. Women were less likely to skate than men, and the smartly dressed women in the foreground are probably holding back to preserve their clothes.

James Tookey (fl.1785–1805)was a British illustrator active in the nineteenth century. Julius Caesar Ibbetson (1759–1817), despite his promising name, was plagued by a large family and bad luck, losing his wife, eight children, and a post with the British ambassador to China. He specialised in rustic landscapes.