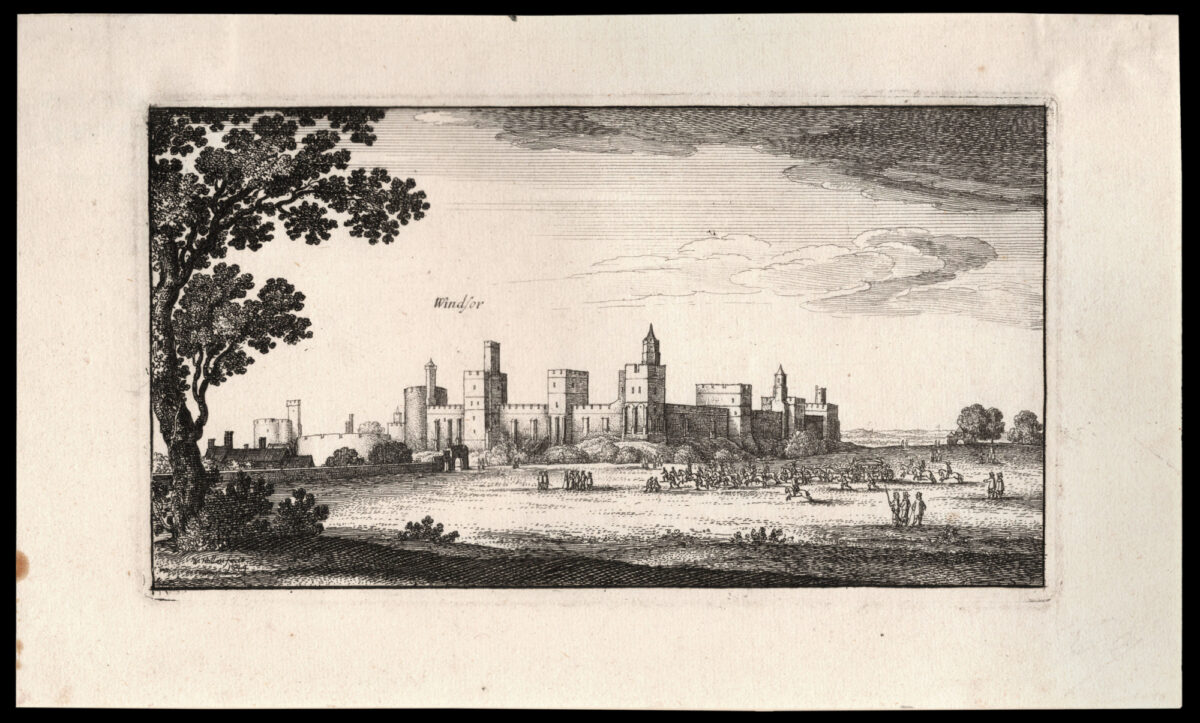 In 1672, English antiquarian and politician Elias Ashmole published ​‘The institutions, laws and ceremonies of the noble Order of the Garter’, which contained 47 engraved plates, the majority by Wenceslaus Hollar. These included one of Windsor Castle, which Ashmole had taken Hollar to visit on May 24, 1659. New members of the Order of the Garter are invested at the castle and many of their other ceremonies are held there; initially there were a group of impoverished military veterans attached to the order who were granted a stipend and lodgings at Windsor Castle.

Hollar’s image of Windsor Castle is divided into an upper view showing a ​‘Prospect of the Castle from the S.E.’, seen as from the park with the river Thames in the background, and a lower aerial view depicting all the external and internal structures that make up the huge castle complex, as well as many of the surrounding buildings and fields. In the upper right-hand corner of this second section is a 28-point numerical key identifying significant features on both views. Small figures are also shown walking along Windsor’s streets, courts and fields in both.