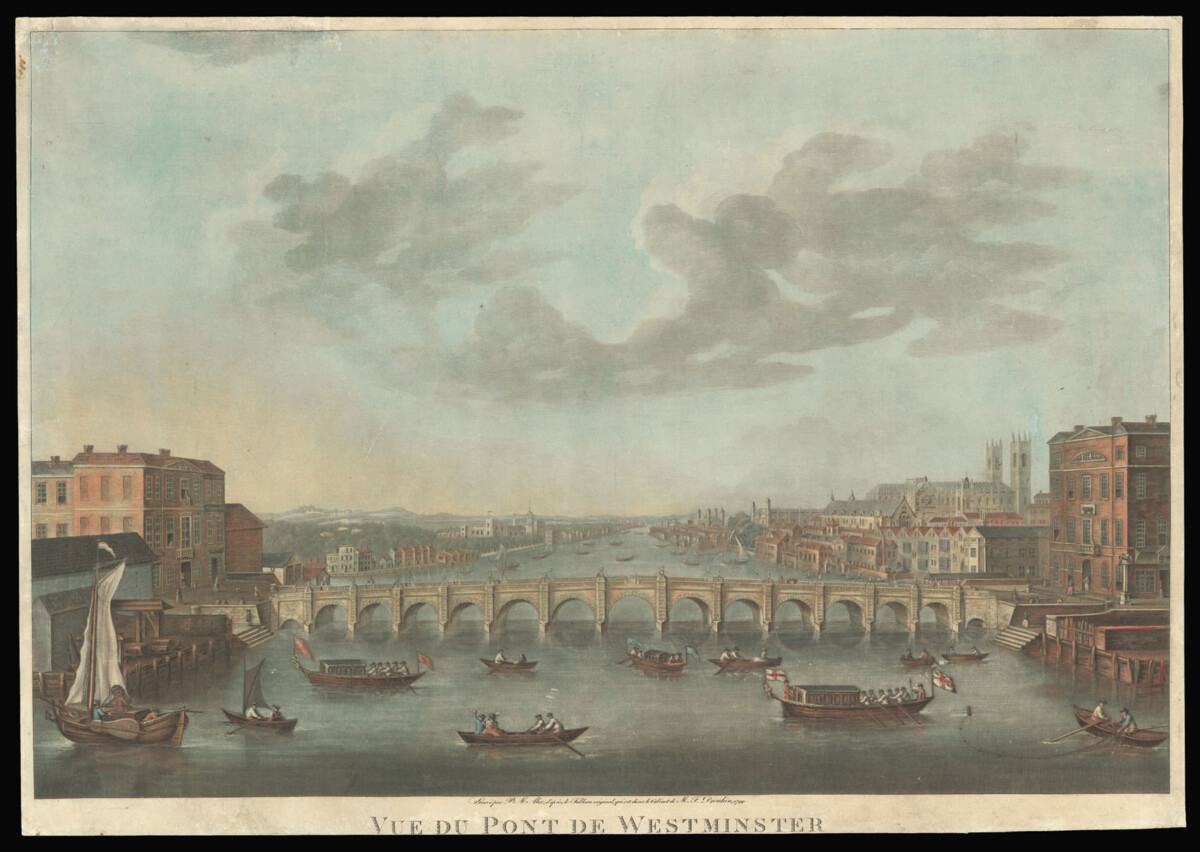 A view of Westminster Bridge, after a painting owned by Marie-Francois Drouhin, a Parisian printer.

Pierre Michel Alix (1762–1817) was a French engraver and caricaturist, active in Paris, who made a successful career during the French Revolution producing prints of revolutionary leaders and allegories. He quietly destroyed these when the Revolution foundered and was later well known for a print of Napoleon as Emperor.