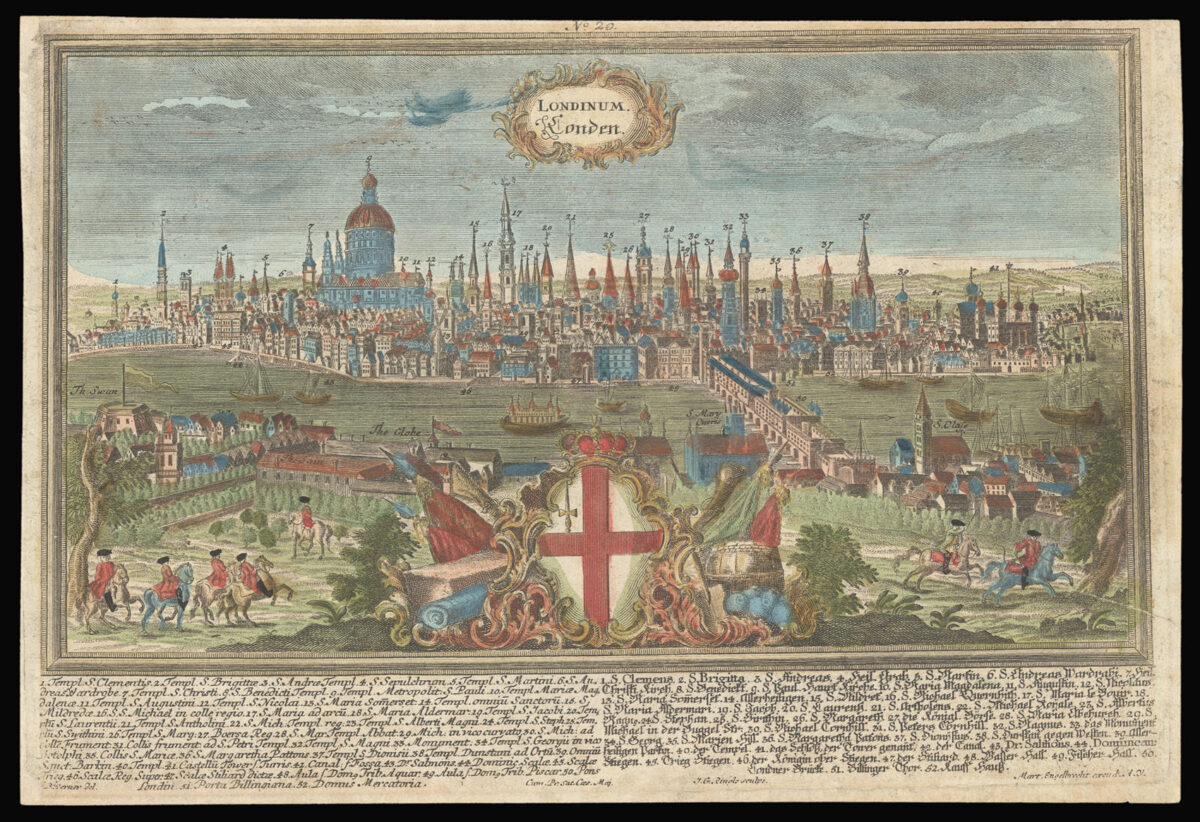 A print of London after a drawing by Friedrich Berhard Werner (1690–1778). Werner was an artist and an engraver who had studied in Breslau and travelled throughout Europe. There are numbered keys at the bottom one in Latin and one in German, in Gothic script. The coat of arms of the City of London are in the foreground, surrounded by weapons. Curiously, the view shows the Swan and Globe theatres in Southwark, although both were gone by the time of the print’s publication. The spires and towers in the skyline on the opposite bank have been drawn in a stylised manner, making them appear taller than they actually are.