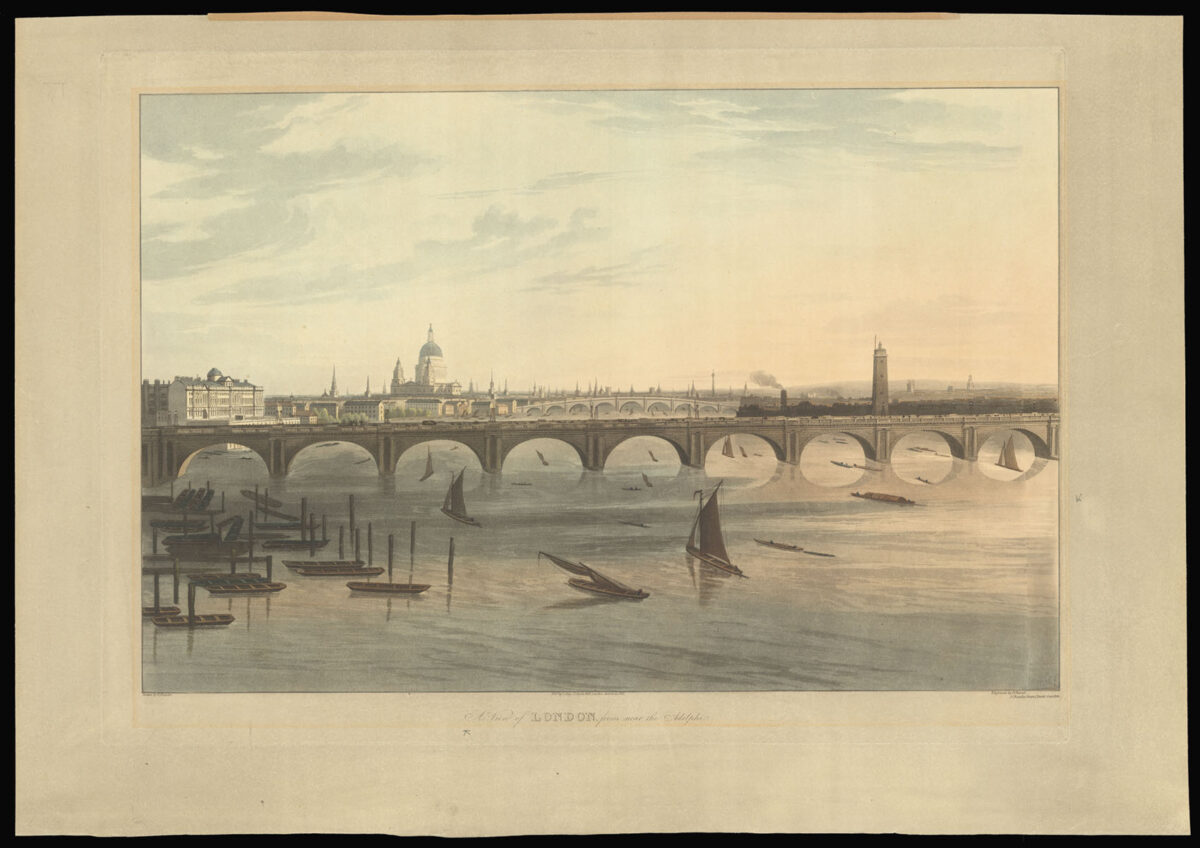 A View of London, from near the Adelphi.

A view of Waterloo Bridge, with the sun setting behind it, after an original by the British landscape painter Henry Haseler, one of only three views of London that the artist produced. The Adelphi of the title are the Adelphi Buildings, a block of terraced houses designed by the Adams brothers. They named the buildings in an act of self-promotion (from adelphoi, meaning brothers) and through royal favour were allowed to develop the shore from the Strand to the river by Act of Parliament in 1771, fuelling derisive commentary from a contemporary satirist:

​“The Princess, fond of raw-boned faces,
May give you all our posts and places;
Take all to gratify your pride
But dip your oatmeal in the Clyde” (Graham).

Daniel Havell (1785–1822) was an English topographical engraver, whose works fuelled the booming demand for aquatint views during the reign of George III. Henry Haseler (fl.1814–25) was an English artist and engraver.