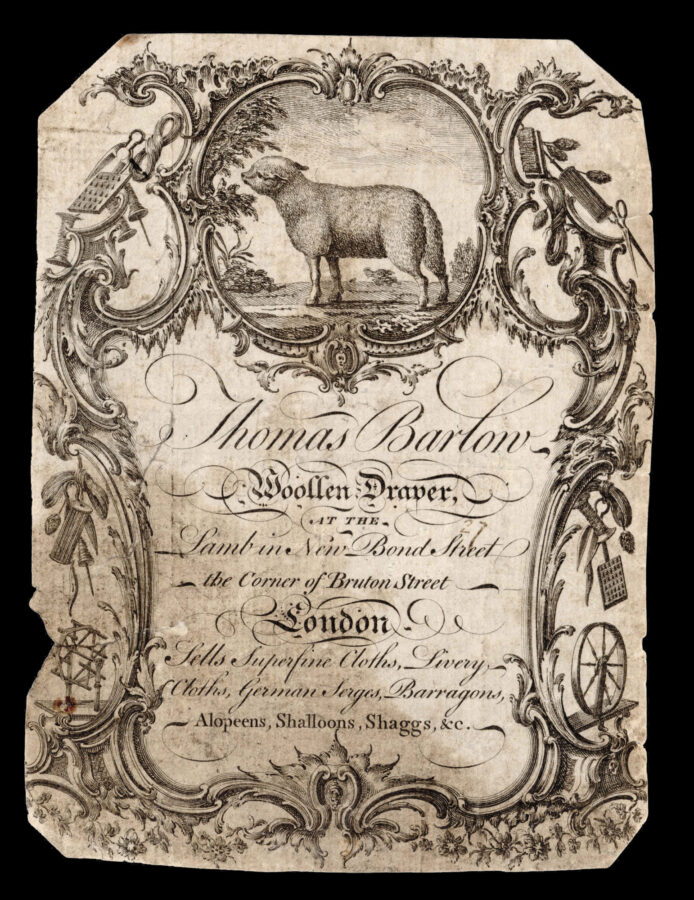 W is for Wool Draper

Woollen draper Thomas Barlow aptly chose a lamb for his shop sign, with the animals also appearing at the top of his trade card, surrounded by a variety of instruments and accessories pertaining to his work in the field of textiles and haberdashery. In addition to the name and address typically found on trade cards, Barlow also lists a number of the different fabrics he stocked for sale. These included ​“barragons”, light-corded cotton used to make summer garments, popular in the 18th and 19th centuries; ​“shalloon, a light-weight twilled fabric principally used for lining clothes; ​“shagg”, a heavy worsted textile with loose thread ends; and ​“alopeen”, a mixture of wool and silk from Aleppo which, remarkably, seems only to appear in Richard Lederer’s ​‘Dictionary of American Colonial English’ (1985).

Although no other record of the business survive, the style and language of Barlow’s card indicates that he was active at New Bond Street during the mid-eighteenth century. ​‘The European Magazine’ of 1785 noted the bankruptcy of a ​“Thomas Barlow, of Mancester, mercer and woollen-draper”, but there is little reason to believe that the Barlow of this trade-card had made such a significant relocation. 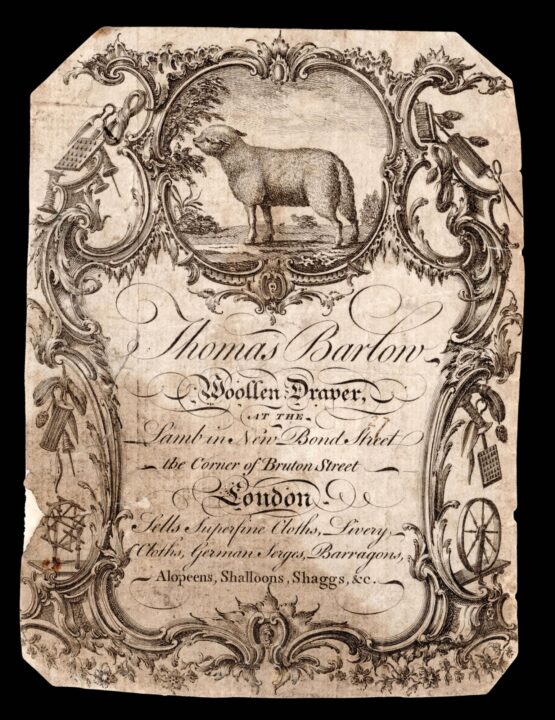