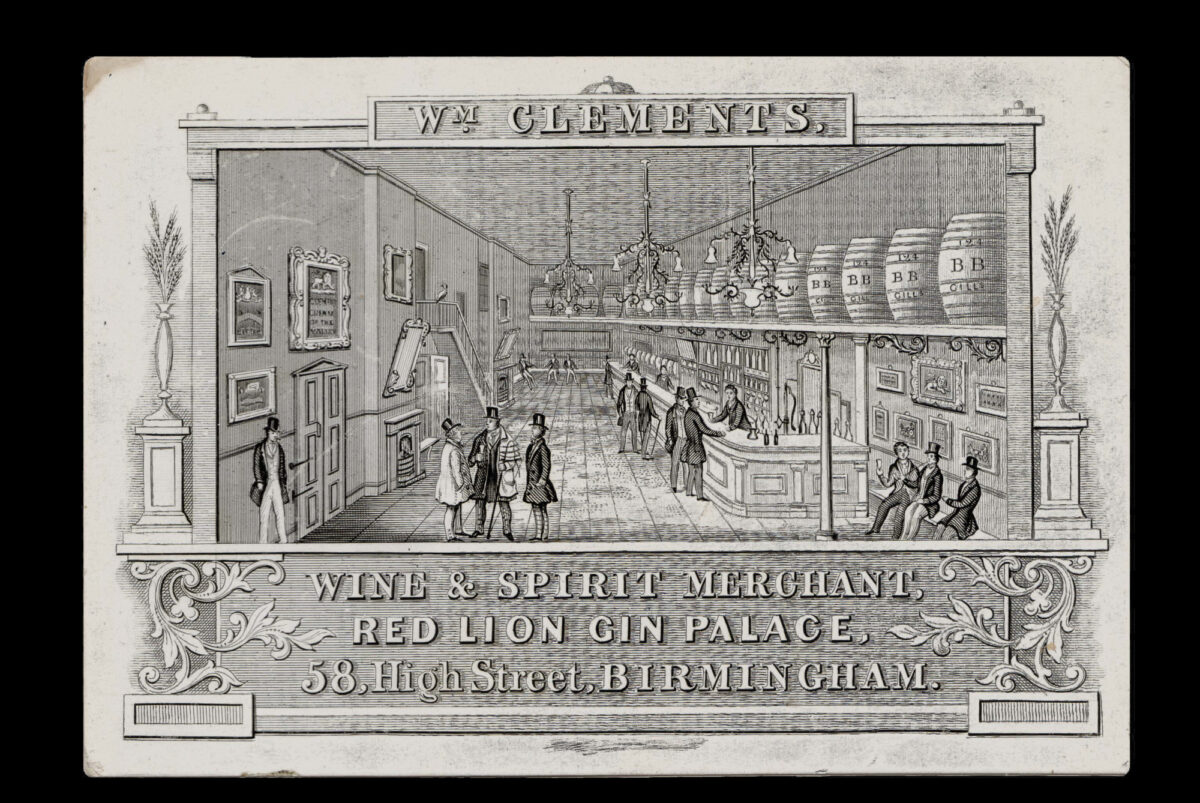 W is for Wine Merchant

The present trade card offers a glimpse into William Clements’ impressive wine and spirit establishment on the High Street in Birmingham. The walls are lined with barrels, ornamented with elaborately framed paintings, and punctuated by two large fireplaces. On the right-hand side is a long bar at which three assistants take the orders of well-dressed men. From the bird perched atop the staircase to the chandeliers hanging from the ceiling, the Red Lion Gin Palace exudes an air of luxury typical of such establishments popular in the Regency and early Victorian period. The scene is set within an ornate frame along the lower edge of which is the name and address of the business.

​‘Slater’s National Commercial Directory’ of 1846 lists William Clements as a wine. Merchant operating at 102 Digbeth, Birmingham. He is again listed at these premises in ​‘Birmingham: History and General Directory of the Borough of Birmingham’ of 1849, in which also appears a James Clements at the 58, High Street, Birmingham, the address mentioned on the present trade card. The Digbeth address was actually home to the Clements’ vault, where their vast stock of liquor was stored before transportation to their shop on the High Street. It is likely that James may have been William’s son, by whom he was joined in business.

The London Gazette announced the bankruptcy of William Clement in 1881, but indicated that he was ​“carrying on business as a Wine and Spirit Merchant. at 102, Digbeth, Birmingham”, suggesting that his career may have spanned five decades. 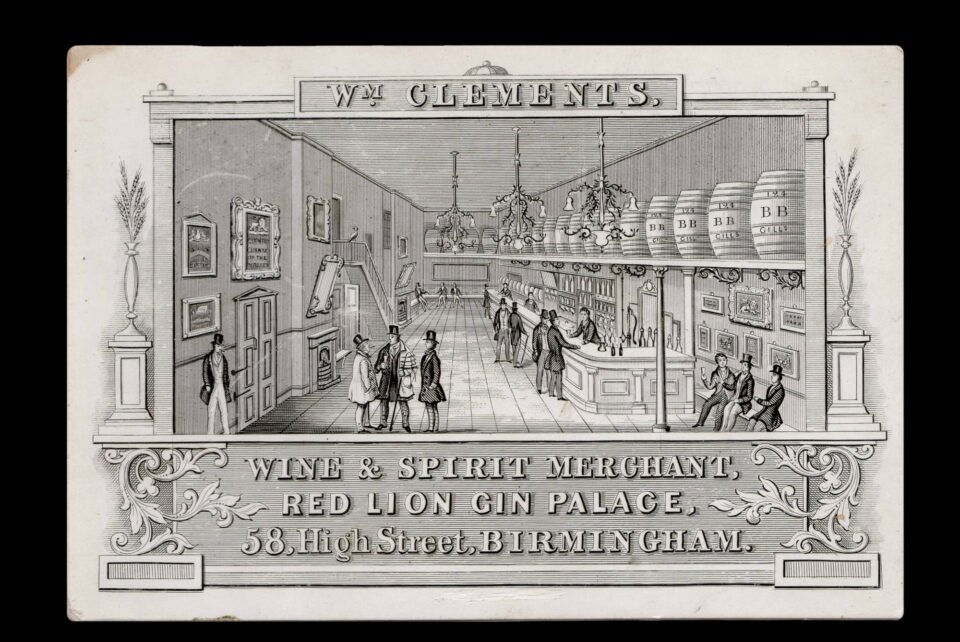