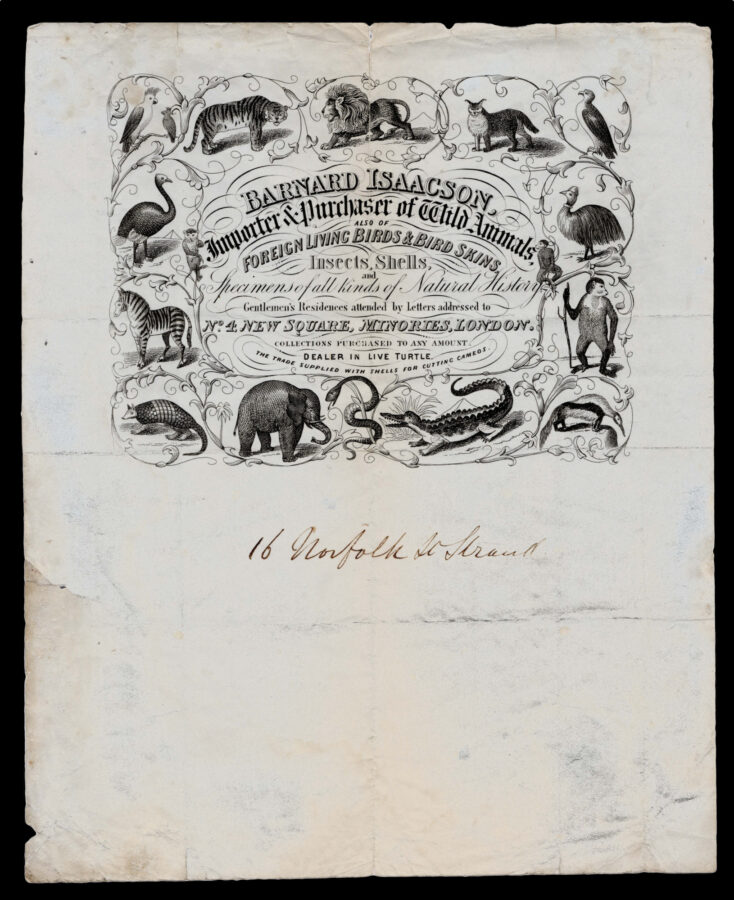 W is for Wild Animal Importer

During the long eighteenth century, the exotic animal trade in Britain, and in London in particular, increased exponentially as goods and creatures from abroad became more readily available, and the number of people wealthy enough to purchase them also grew. In addition to the menageries and museums, where such animals were displayed, exotic creatures were also prescribed as ingredients in cosmetics and perfumes, including snuff, wig power and pomade, including in anatomical collections and museums as examples of natural history, and ultimately used as testament to the supreme global power of Great Britain.

Most animal dealers at the start of the eighteenth century were itinerant merchants trading their exotic creatures at coffee houses or taverns. One of the earliest known dealers with official premises was ​‘Meyer the German at The Bird Cage’, who set up shop around 1700. By the 1750s and 1760s, however, a number of animal dealers had established themselves in London and were selling an ever-broader range of species. Edmond’s Menagerie‖ in Piccadilly and Joshua Brookes’ menagerie, which would remain in his family until the early nineteenth century, are two of the most significant examples from this period.

Strangely, there are no existing records whatsoever of ​“Barnard Isaacson, Importer & Purchaser of Wild Animals” who claimed to operate from 4 New Square, Minories, London, an address of which there is likewise no remaining evidence, although Number 3 is recorded on insurance documents, so there is little reason to doubt the existence of the property itself. Isaacon’s trade card advertises that he can source ​“foreign living birds & bird skins, insects, shells, and Specimens of all Kinds of Natural History… Collections purchased to any amount. Dealer in live turtle. The trade supplies with shells for cutting cameos.” Many of the exotic creatures in question are illustrated around the outer edges of the card. The lack of secondary records or of the engraver of this card make it difficult to judge the date of publication, but given the history of the exotic animal trade, the style of the card, and the fact that his address has a number rather than a sign, it is likely that this card was in circulation during the last few decades of the eighteenth century. 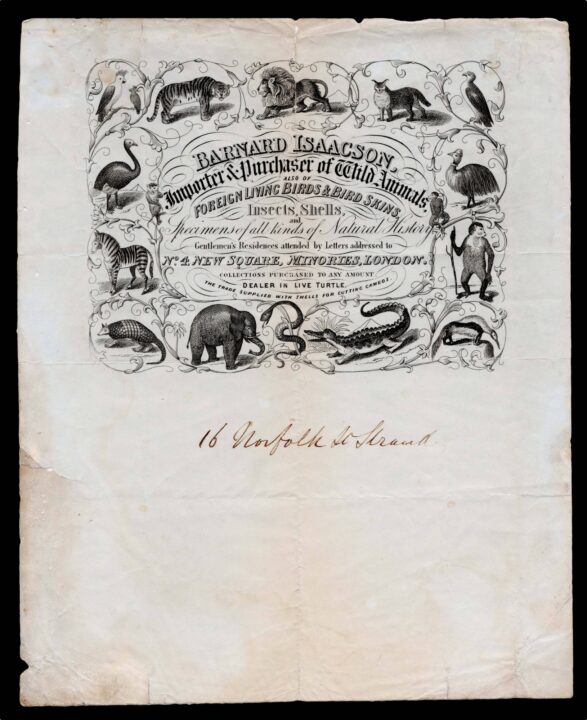