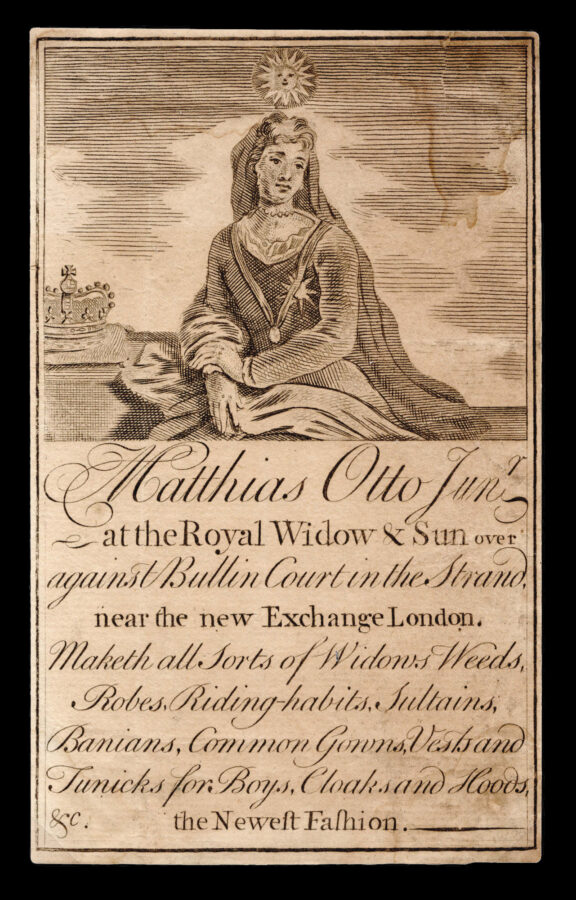 W is for Widow Outfitter

The trade card of Matthias Otto Senior, much the same in style and language to the present card, is believed to have been in circulation from around 1735. The fact that both list the same address at Bullin Court on the Strand indicates that the son took over the family business after the death of his eponymous father. Matthias Otto Junior’s trade card appears to be from the mid-eighteenth century, and offers a glimpse into the behaviour expected of widowed women at that time.

The first article mentioned on Otto’s card are ​“Widows Weeds” which, in ​‘A Dictionary of the English Language’ (1755), Dr Johnson describes as ​“a garment of clothing, habit, or dress. Now scarce in use, except in ​‘widows weeds’, the mourning dress of a widow”. As well as ​“Common Gowns, Vests and Tunicks”, Otto also advertises some rather unique garments, namely ​“Banians”, loose garment worn like a dressing gown and made popular in eighteenth century Europe during the Orientalism craze, and ​“Sultains”, which may be an alternative spelling of ​‘sultane’, a type of dress inspired by Ottoman fashion and popular in France during the seventeenth century. Also shown on the trade card is an image illustrating Otto’s sign of ​“the Royal Widow & Sun”, of which he appears to have added the later element after inheriting the firm from his father. 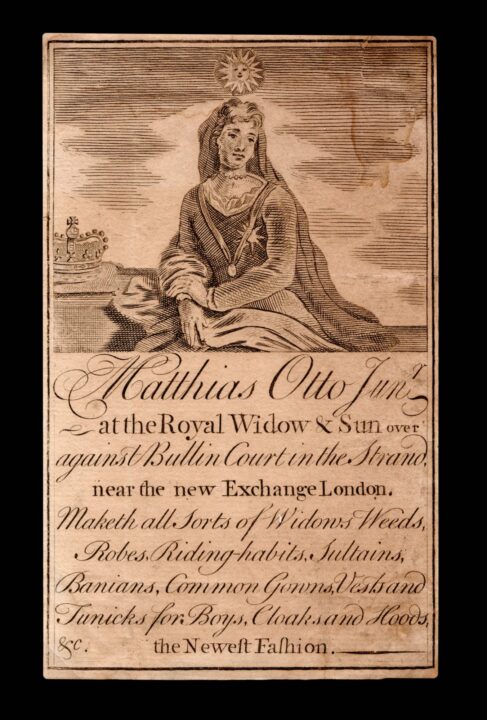