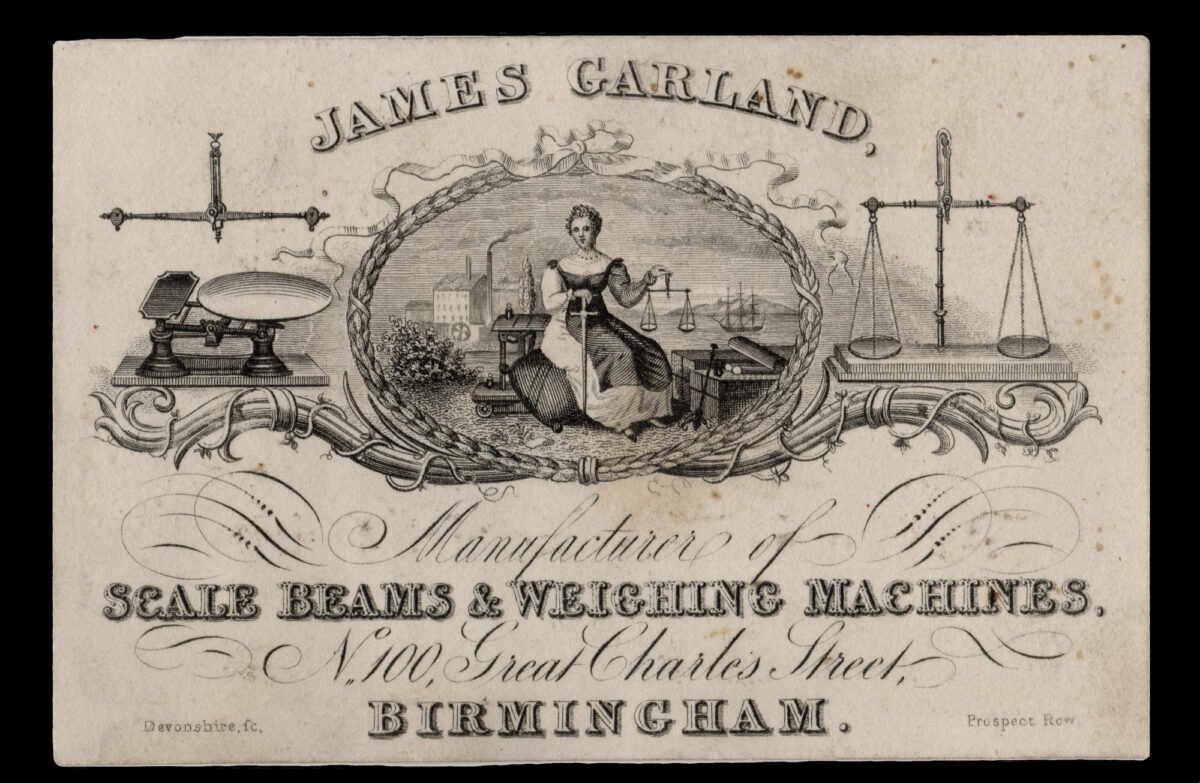 W is for Weighing Scale Maker

Trade card of James Garland, who produced and sold a range of scales and measuring devices from his shops in Birmingham during the mid-nineteenth century. ​‘The History, Topography and Directory of Warwickshire’ (1830), ​‘The Directory of Birmingham’ (1835), and ​‘Pigot and co.‘s national commercial directory’ (1837) all list a company named Garland and Pilkington, which made and sold scale beams, steelyards, and scales at 48, Bull Street, Birmingham. Whether this was the same Garland, or perhaps an older relative, is not clear.

A record from 1849 records James Garland working independently from 38 Lionel Street, noting that he was ​“late of 100, Great Charles Street”. Later evidence suggests that his business then went on to become ​“J. Garland & Co., which was active in Birmingham until around 1895, when it was bought by W & T Avery, one of the leading British manufacturers of weighing machines which had been founded in the early eighteenth century and lasted until 2000.

As advertised here and in contemporary local newspapers, Garland manufactured a range of weighing devices including scale beams. Scale beams were very similar to the more common steelyard, a balance consisting of an arm suspended off-centre with a hook on the shorter side on which to place the item to be weighed, and a longer arm used to find the weight, except that one arm of a scale beam was sometimes curved rather than straight. Garland’s trade card is illustrated with an engraving of the personified figure of justice, holding her traditional sword and scales. This image is flanked by what are presumably two of Garland’s own weighing machines.

The address on the trade card indicates that it is from a mid-point in Garland’s career, perhaps after leaving a partnership with Pilkington and before creating J. Garland & Co. This also corresponds with the known dates of the engraver, Henry Devonshire, who was active in Birmingham during the 1830s and 1840s. 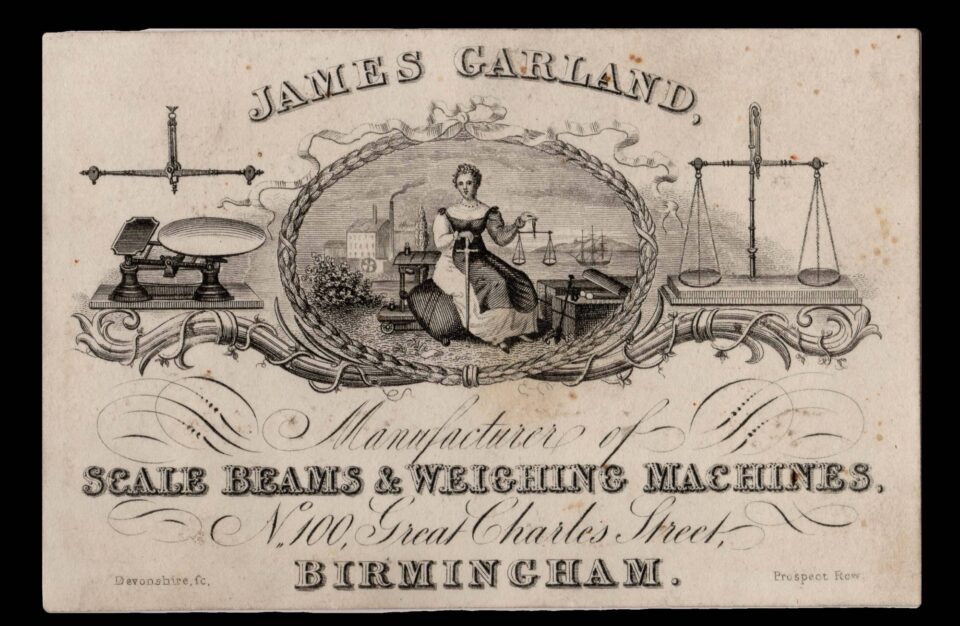