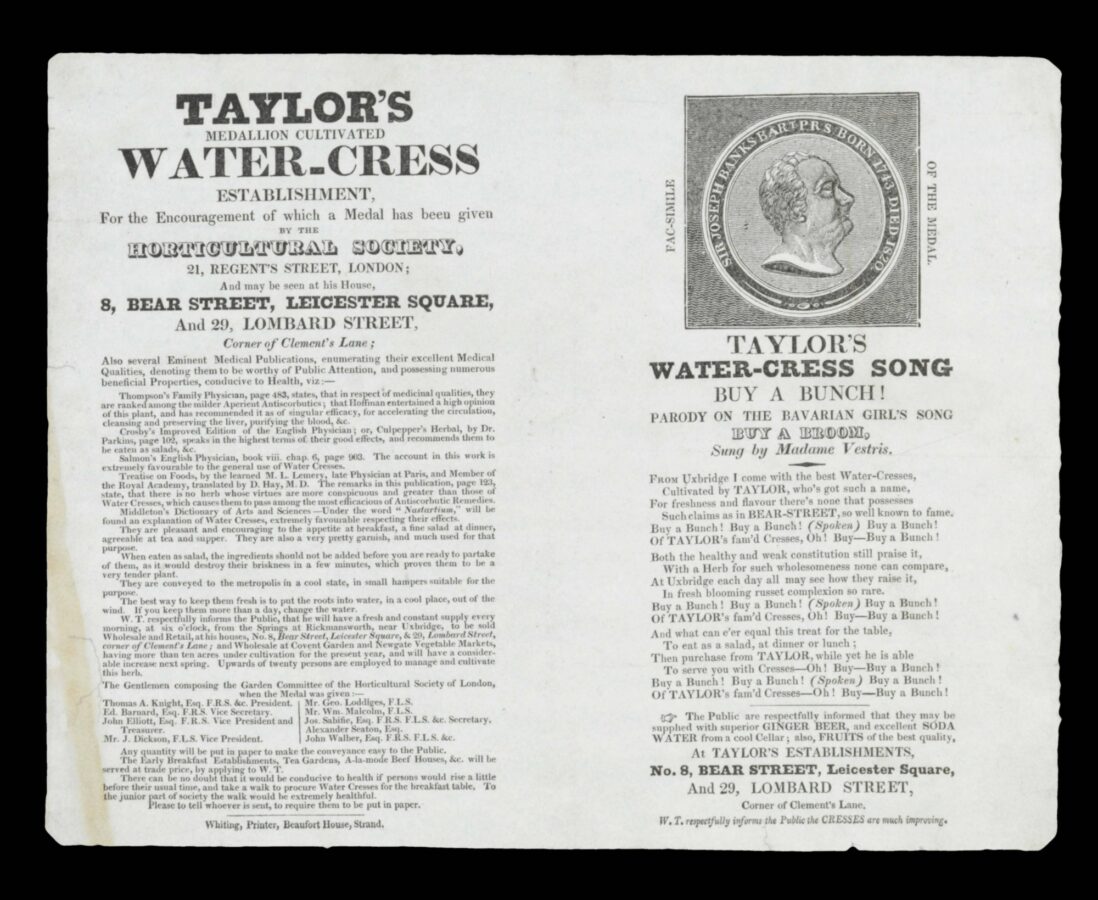 W is for Watercress Farmer

Only known example of William Taylor’s advertisement for his award-winning watercress. Known as ​“poor man bread”, watercress was first successfully cultivated en-masse in Kent from 1808. According to his advertisement, Taylor had been awarded a medal by the Royal Horticultural Society for the superior quality of his watercress, grown on his land in Uxbridge. By the 1860s, watercress was being brought into London by freight train.

The history of watercress consumption is not a happy one. Near-destitute ​“watercress girls”, who sold the vitamin-rich plants by the bunch on the streets of London, were often the subject of art, and their distinctive cry of ​“Fresh wo-orter-creases” was recorded as early as the late eighteenth century, as one of the first human sounds of the day (Henry Mayhew ​‘London Labour and the London Poor’).

A similar item is recorded in the Forster collection at the Victoria and Albert Museum, London