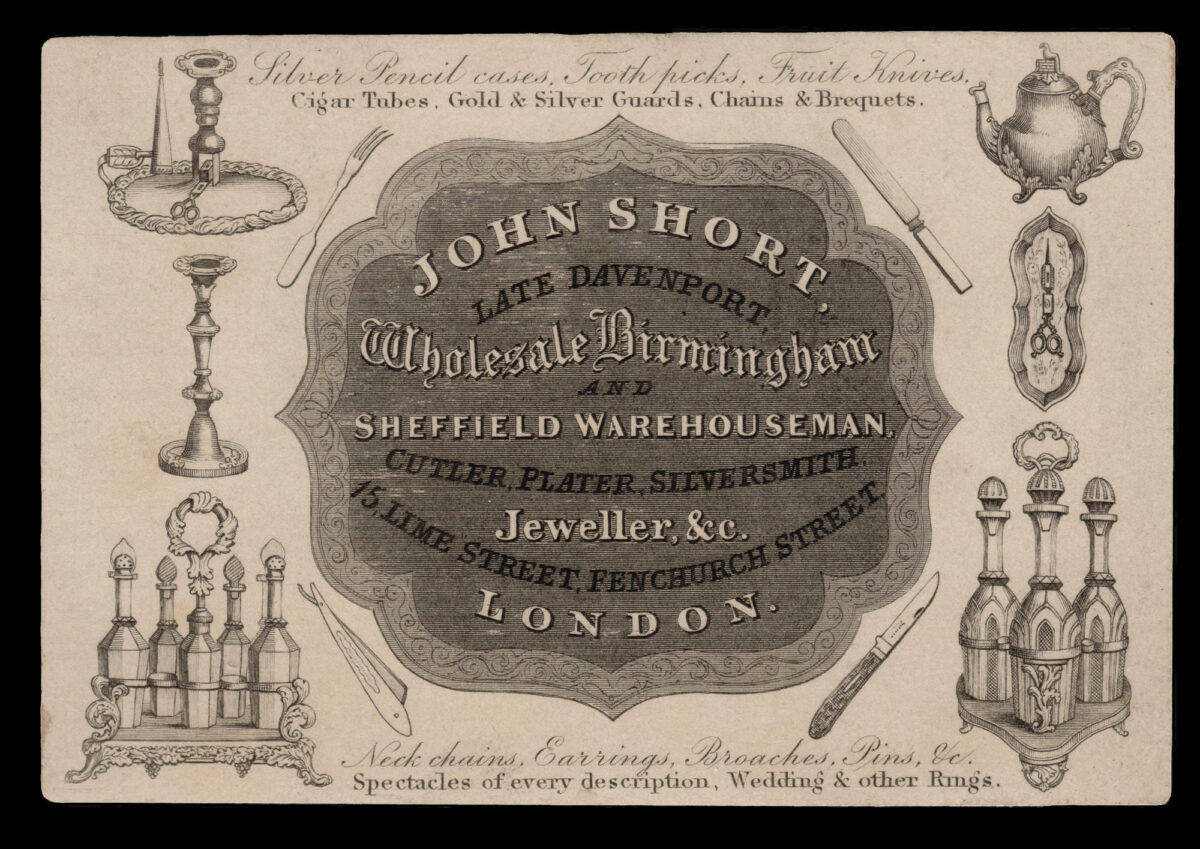 W is for Warehouseman

Trade card for John Short, a jeweller and silversmith who dealt in a wide range of metal goods. Announced on his card are ​“Silver Pencil Cases, Toothpicks, Fruit Knives, Cigar Tubes, Gold & Silver Guards, Chains & Brequets…Neck chains, Earrings, Broaches, Pins &c., Spectacles of every description, Wedding & other Rings”. A few of these items appears as decorative illustrations around the outer-edge of the card, as well as several others objects such as candle-holder, scissors and a range of ornate bottles. Short also proudly advertises himself as a ​“warehouseman” with facilities in Birmingham and Sheffield, as well as his shop in London.

In a commission of 1884 inquiring into London’s livery companies it was noted that the shop and warehouse at 15a Lime Street were rented to Short for £120 by the Pewterers’ Company, of which he was not a member, from 1861. Indeed, in 1863, ​‘The Goldsmiths’, jewellers’, silversmiths’, watchmakers’, opticians’, and cutlers’ directory’ recorded Short at the same address, while by 1880, The Post Office Directory lists the business as that of John Short & Son. 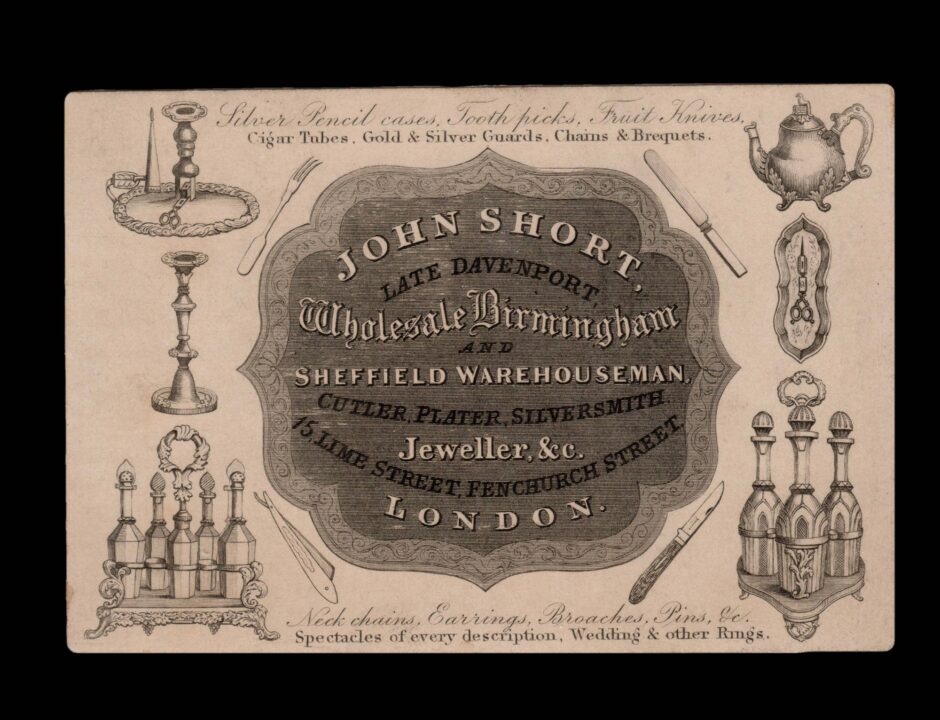