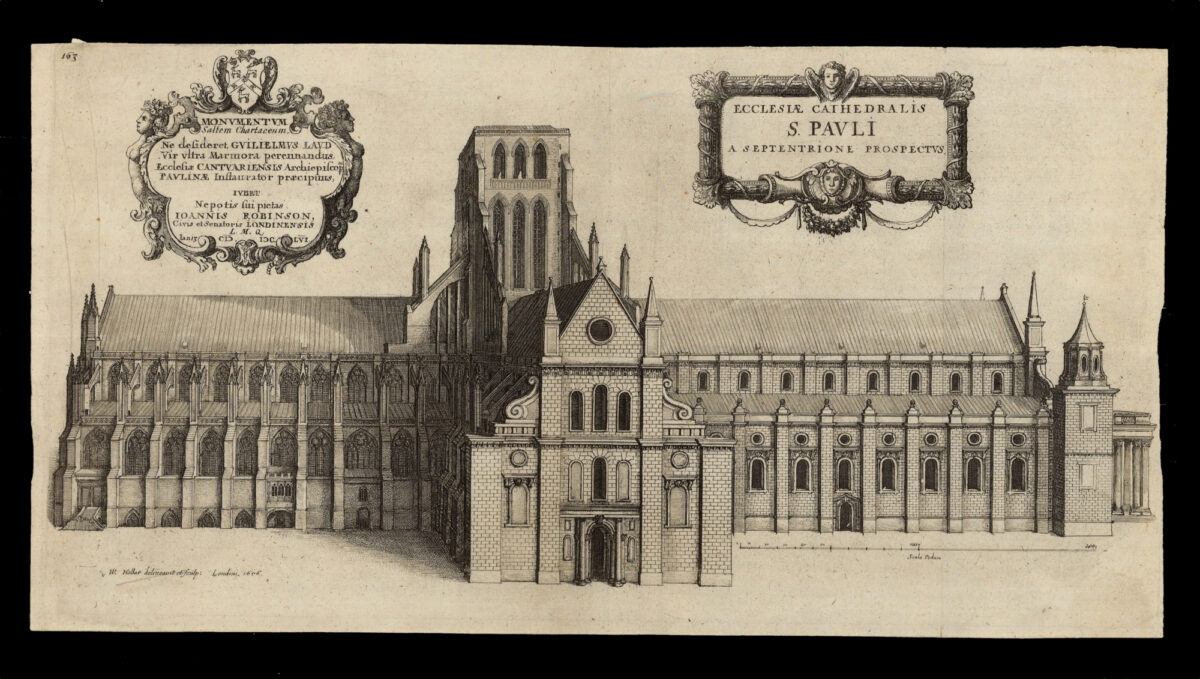 In 1659 historian William Dugdale published a ​‘History of St Pauls’, which alongside the text contained 26 engraved plates of illustrations, views and portraits relating to the great cathedral. Many of these had been executed by Wenceslaus Hollar a view of the north side of the cathedral, without the spire. The portico visible on the right had been added to the west front by Inigo Jones in the 1630s. There had also been recent changes made to the nave but these are not shown particularly well from the exterior. Tall windows run along the entire facade in two layers, with the northern transept fronted with additional windows, columns and decorative features. A scale bar runs along the base of western half of the building, indicating that the portion measures just over 200 feet.

An ornate oval cartouche in the upper left-hand corner contains the dedication to William Laud, Archbishop of Canterbury by John Robinson. Executed over a decade earlier by Parliament and a staunch advocate of Charles I’s policies, Laud is a rather strange choice for a dedication in a book published during the Protectorate period. However Laud had been at the head of the beautification and restoration programme that included Jones’ reconstruction of the western facade of St. Paul’s, which may explain the reference here. An equally ornate rectangular cartouche on the other side contains the title.

Accompanying this was a view of the crypt beneath the choir, which is also known as St. Faith’s after the parish that previously stood there. The vaulted arches dominate the image but in the background a screen is visible across the church. Windows are set high into the walls on either side, and the base of each arch is supported by multiple Doric columns.

In the lower margin a subheading reads ​“Fidem haec exhibet illa deum”, ​‘This shows faith, that shows God’. It is not clear to which separate features ​‘this’ and ​‘that’ refer. In the upper corners are the coat of arms and dedication to ​“Guil. Bishop”. The see was abolished during the Commonwealth and Protectorate, when Dugdale’s work was first published, but previously William Juxon had served as Bishop of London from 1633 to 1646. Juxon’s coat of arms, however, bore the image of ​‘four black Moors’ heads’, which differs from the coat of arms shown here. 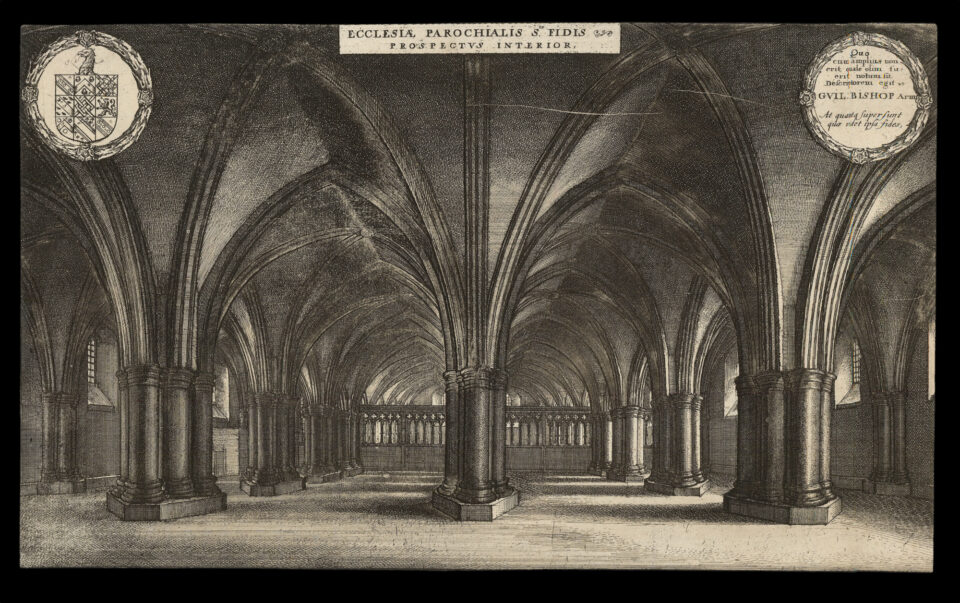