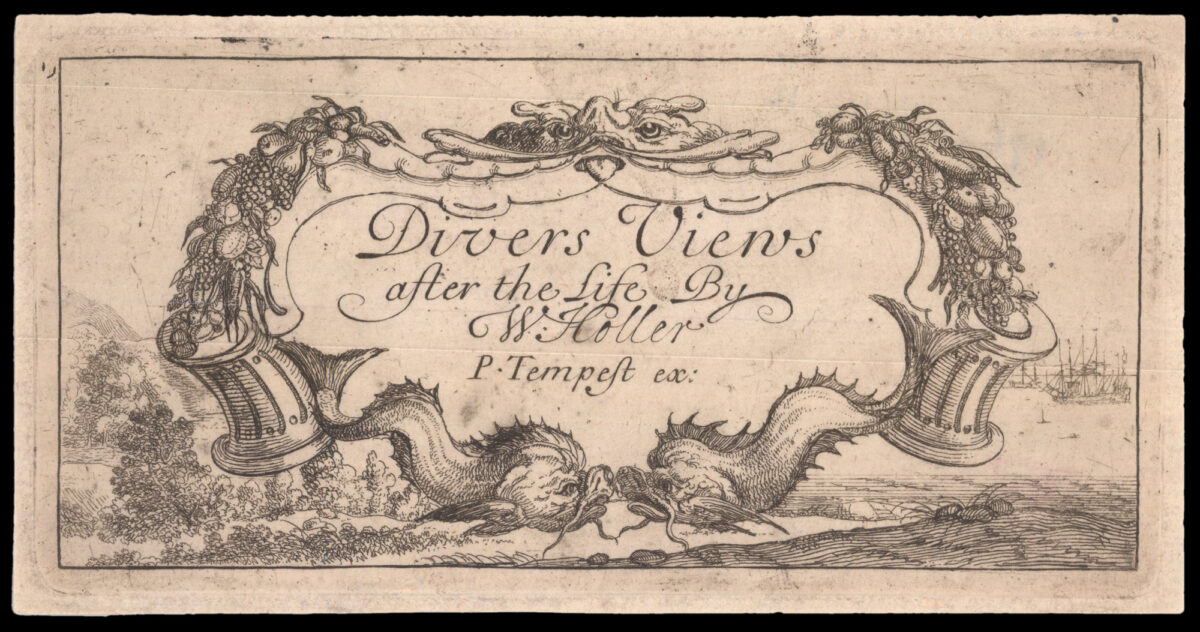 Divers Views after the Life

Pierce Tempest is said to have been a pupil and assistant of Wenceslaus Hollar’s, and certainly published and sold some of his later work from his shop on the Strand during the late-seventeenth century. Among these was a series of sixteen landscape prints of various locations in and around England, entitled ​‘Divers Views after the Life’. The phrasing of the title and the perspective of the etchings indicate that Hollar personally drew the scenes whilst a passenger on a vessel travelling between England and the Low Countries via the Channel Islands.

The title page to the collection shows a cartouche comprised of fish and fruit surmounted by a monster’s head, while in background there is view of ships at sea. Indeed the sea features in many of the prints, which include two views of Dover and another of Calais (“Cales”), in which vessels are shown on the water. In another view the ruins of the Roman Saxon Shore fort at Pevensey (“Pempsey”) on the Sussex coast is depicted, with the empty ocean receding into the background. 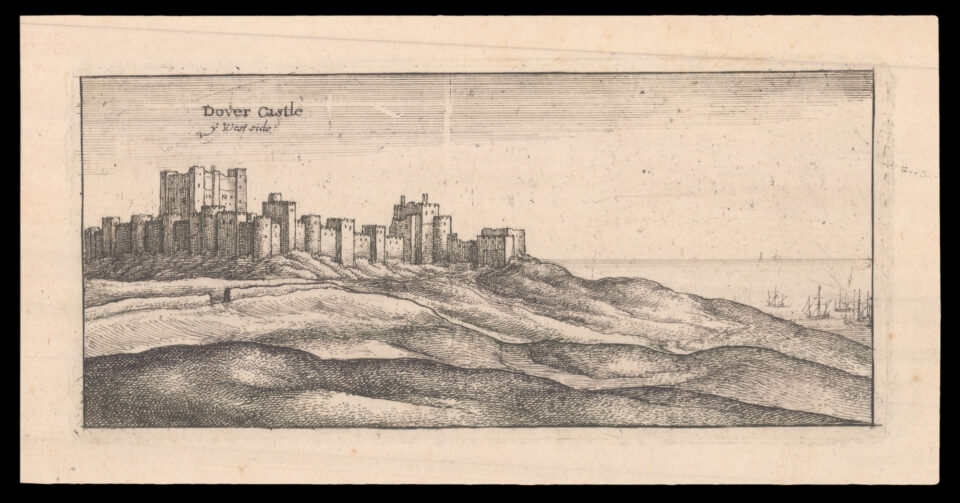 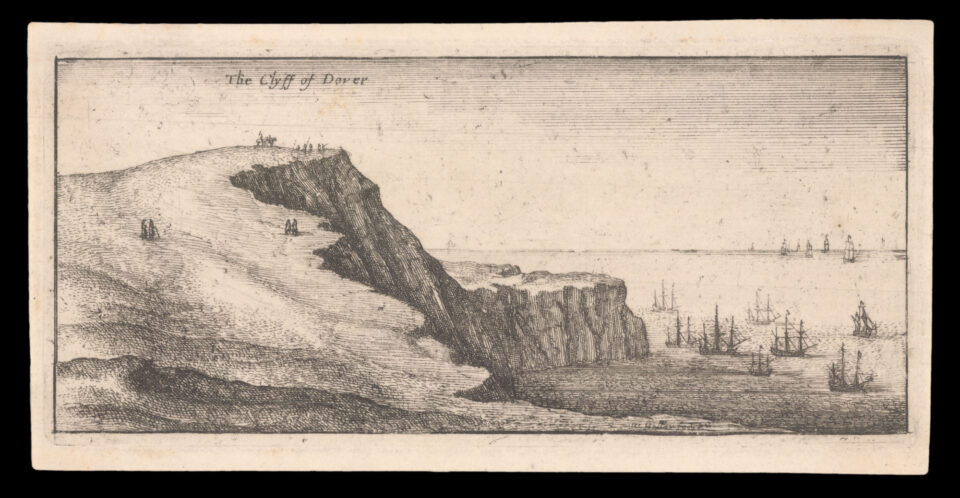 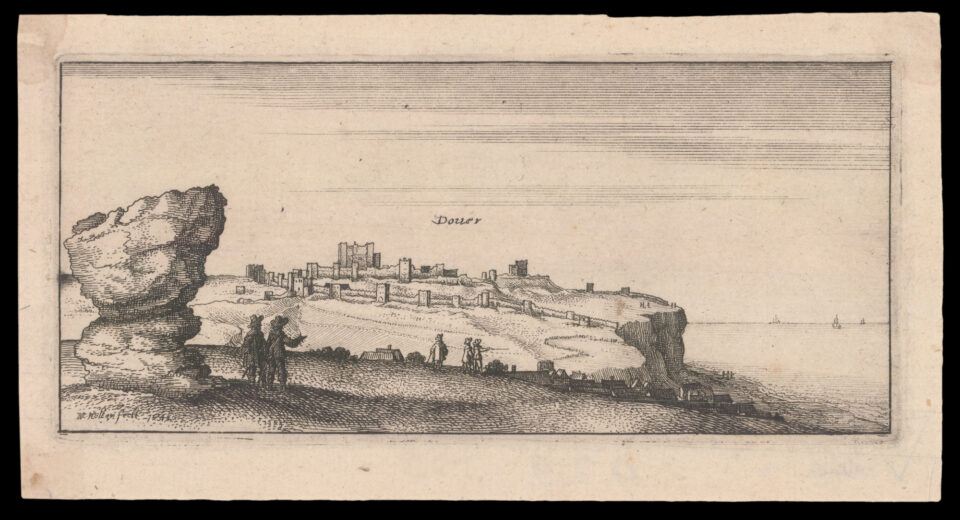 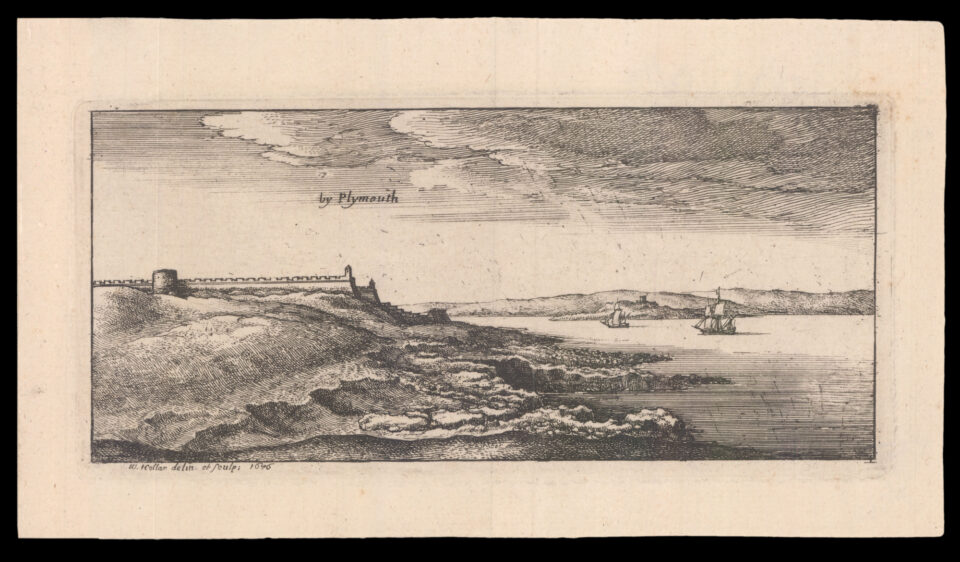 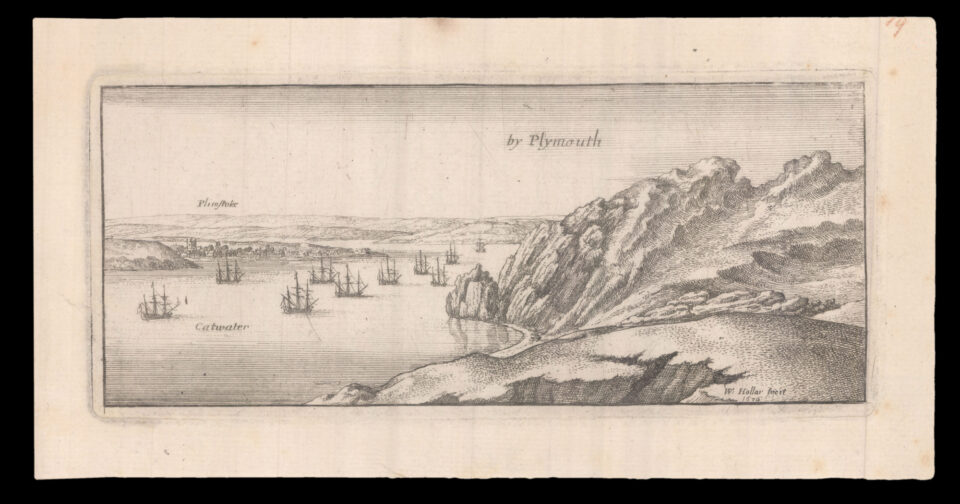 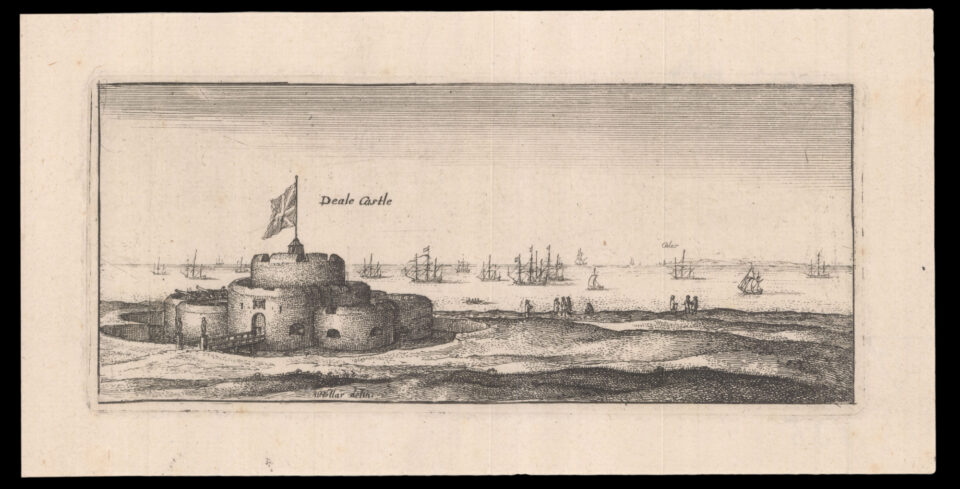 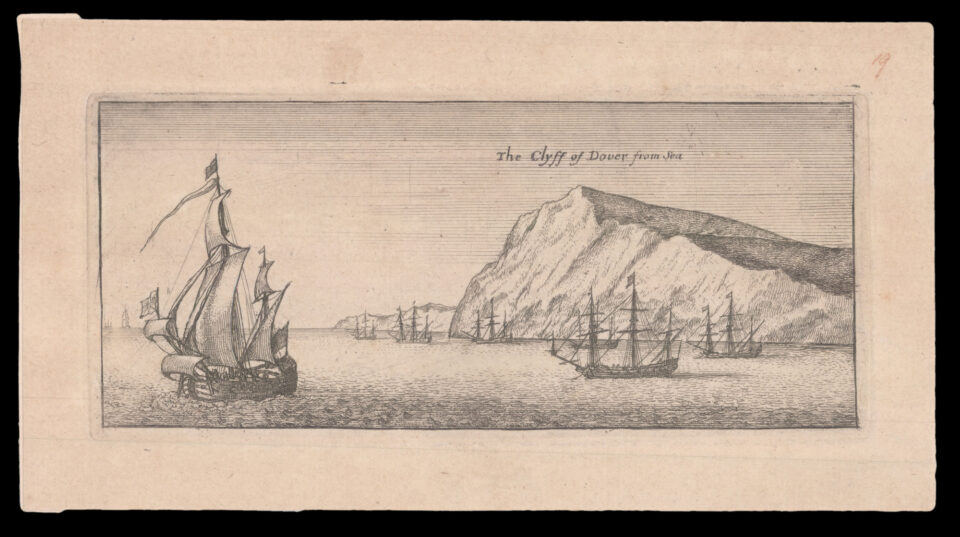 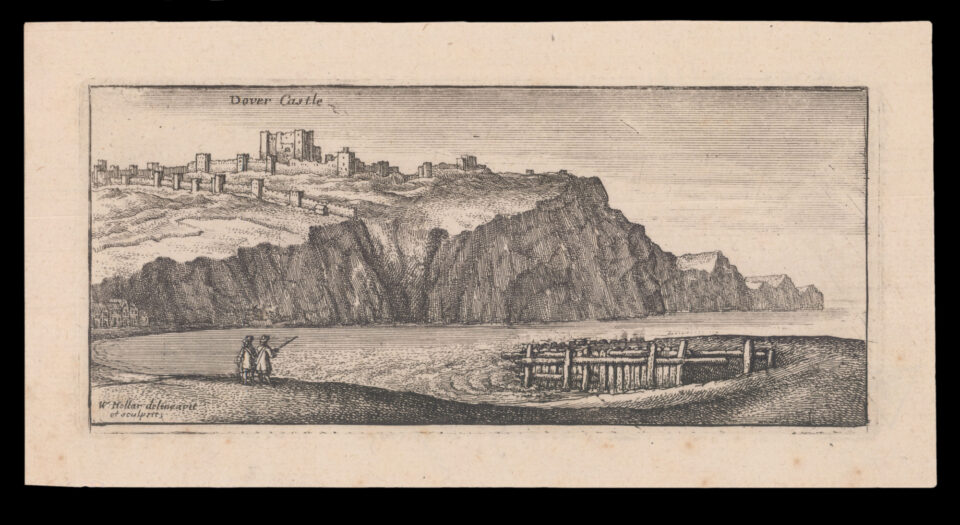 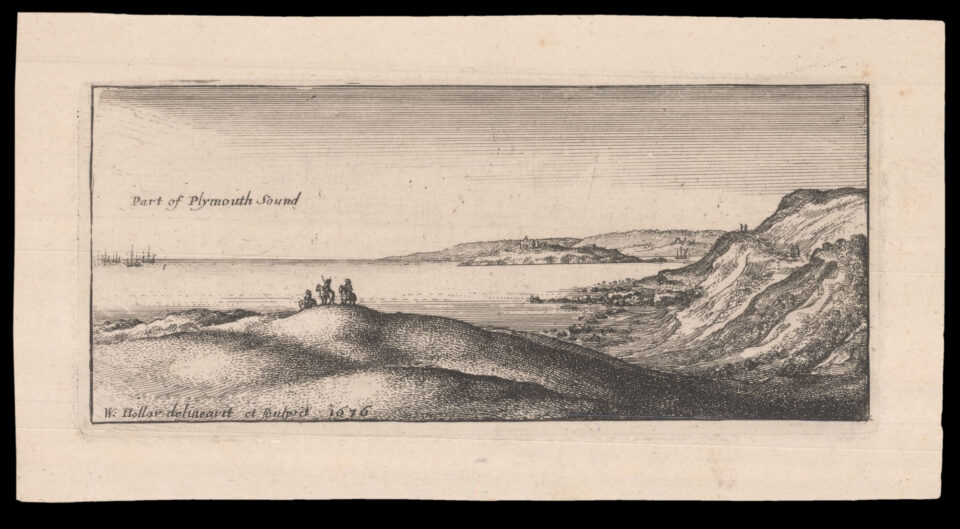