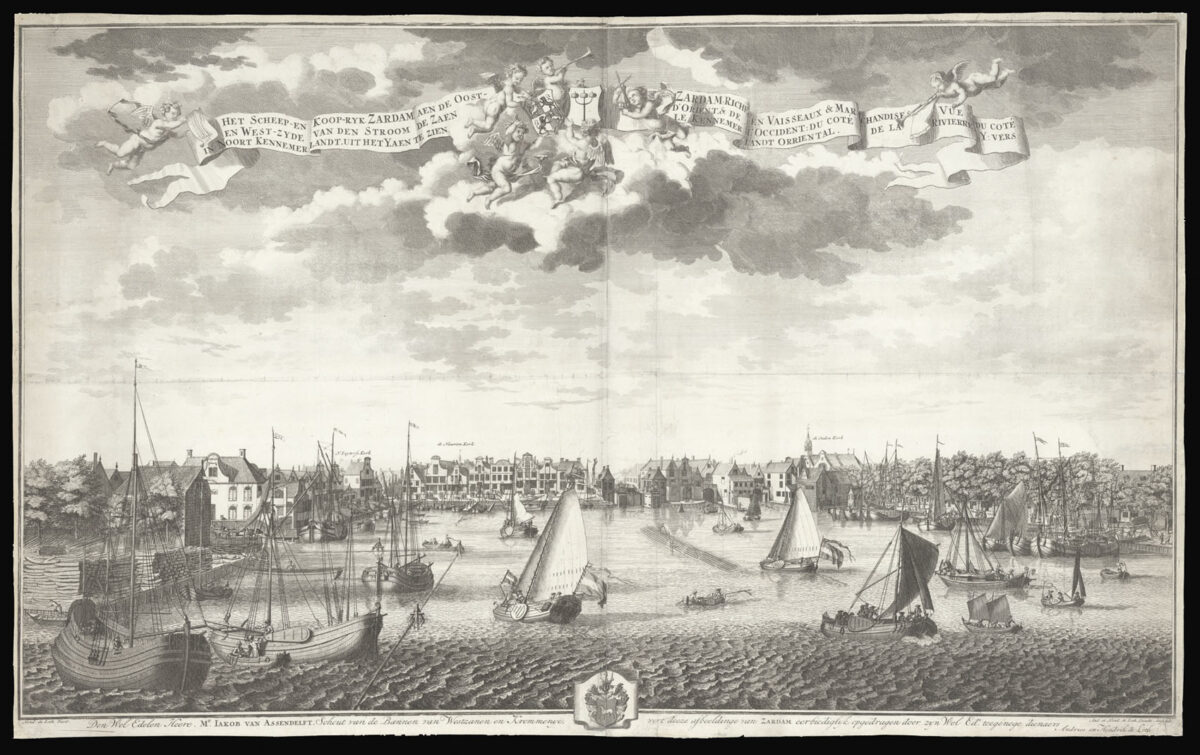 View of Zaandam from the IJ

The port of Zaandam situated just north of Amsterdam was famous, in the eighteenth century, for its saw mills and ship building. So renowned for nautical architecture was Zaandam that Tsar Peter the Great, in 1697, spent sometime in the town, during his Grand Embassy. The house where the Tsar lodged, survives to this day.