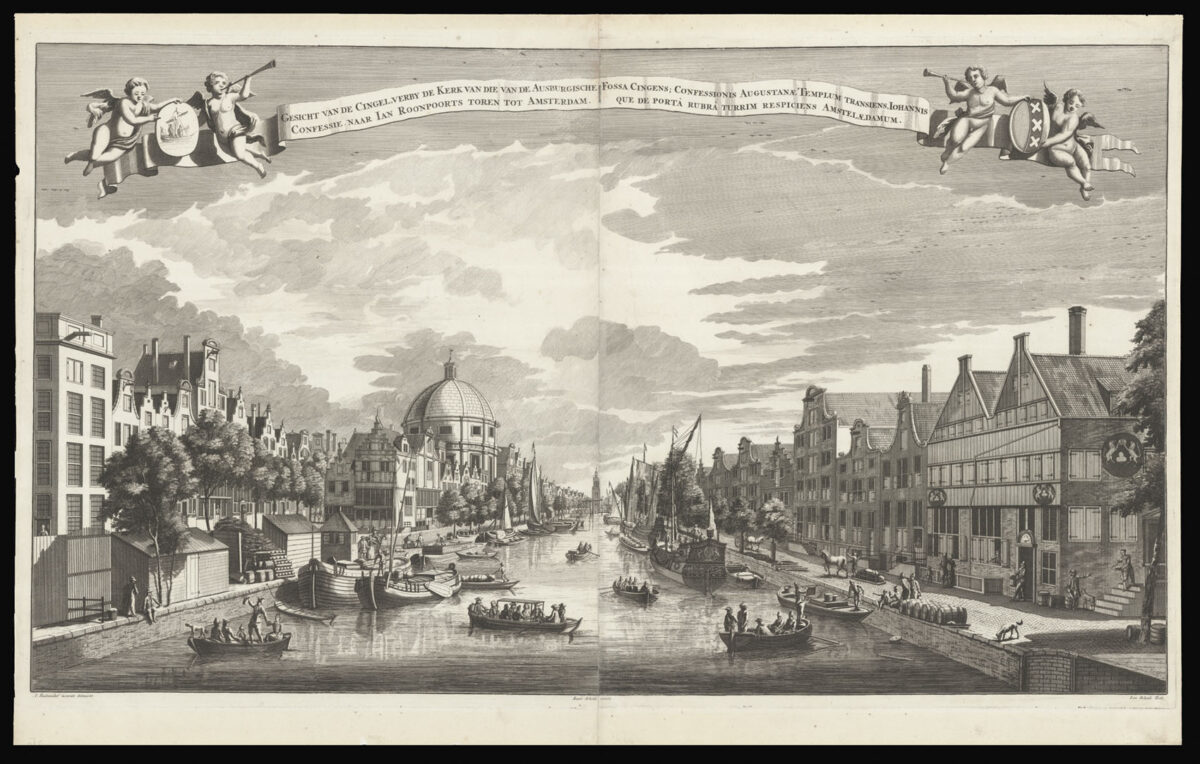 The most prominent feature of the of this view is The Ronde Lutherse Kerk or Koepelkerk is a former Lutheran church. The church was built in neo-classical style and has a characteristic copper dome. It was built in 1671 by Dutch Golden Age architect Adriaan Dortsman, who also built Museum Van Loon, a magnificent private residence at the Keizersgracht. When the Lutherans left the building in 1935, it became a concert hall. In 1993 the interior and characteristic green-colored copper dome were destroyed by fire. After a renovation period of 16 months, the church was fully restored. Further down the canal the imposing Roonports tower can be seen.