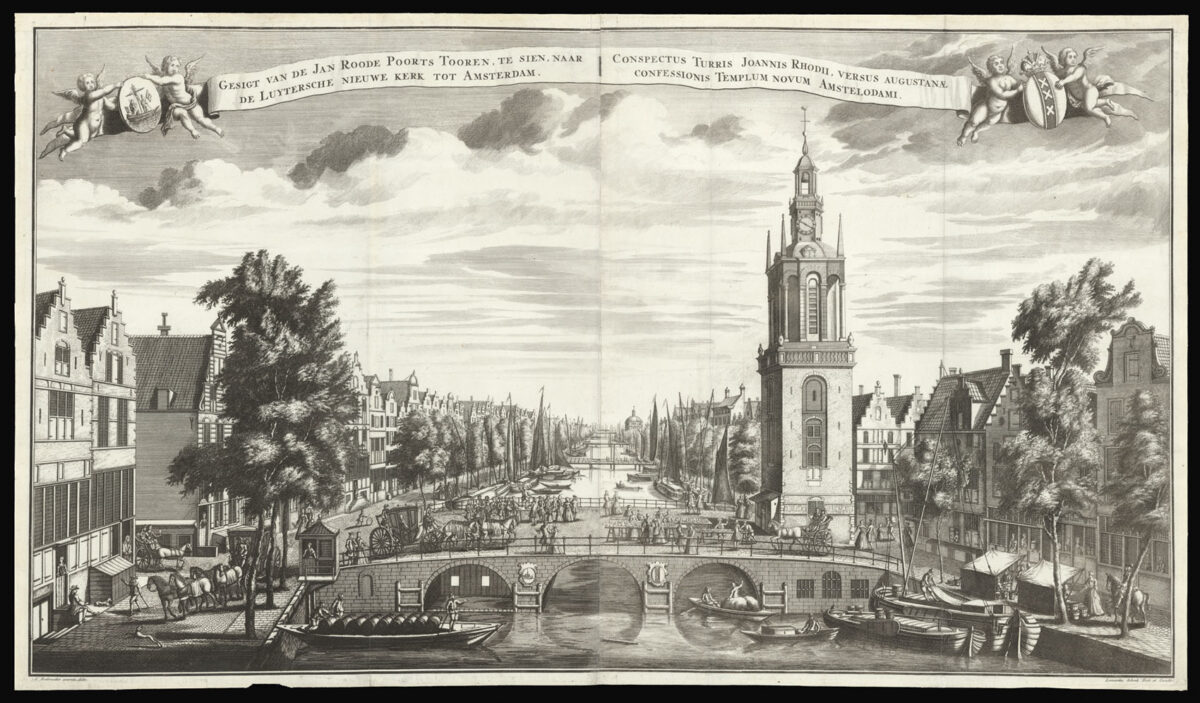 View of the Singel canal from the Torensluis towards the Koepelkerk

The Jan Roodepoortstoren was one of the gates in the medieval defensive walls. When Amsterdam grew beyond the old wall in the early sixteenth century, the tower became redundant and was elaborately embellished by the architect Hendrick de Keyser. On the Torensluis are depicted a large horse and carriage, a pony and trap, and several glass sellers. In the far distance is the Koepelker. The Ronde Lutherse Kerk or Koepelkerk is a former Lutheran church. The church was built in neo-classical style and has a characteristic copper dome. It was built in 1671 by Dutch Golden Age architect Adriaan Dortsman, who also built Museum Van Loon, a magnificent private residence at the Keizersgracht. When the Lutherans left the building in 1935, it became a concert hall. In 1993 the interior and characteristic green-colored copper dome were destroyed by fire. After a renovation period of 16 months, the church was fully restored.

Leonard Schenk (fl.1720–1746) worked as an engraver and publisher in Amsterdam.