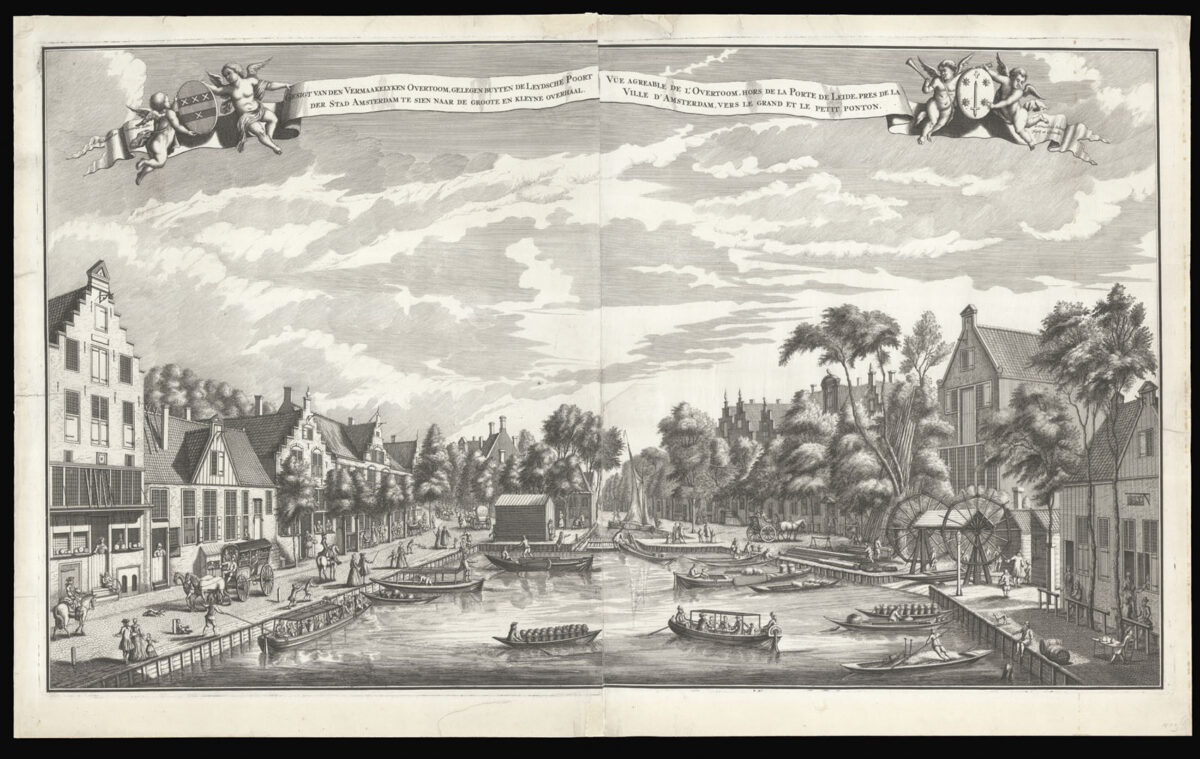 View of the Overtoom

A view of the Overtoom in the eighteenth century.

By the eighteenth century numerous country villas had been built along the Overtoom, one of the main canal’s linking Amsterdam with river Schinkel, as well as pleasure gardens and numerous ale houses and shops. The Overtoom gained its name from the machine for moving a boat from one body of water to another where the level varied. Rather than with the aid of a lock, in other canal systems, the boat would be physically pulled across the land. The machine is depicted to the right of the print, consisting of two large wheels, it can be seen pulling a small boat onto the canal.