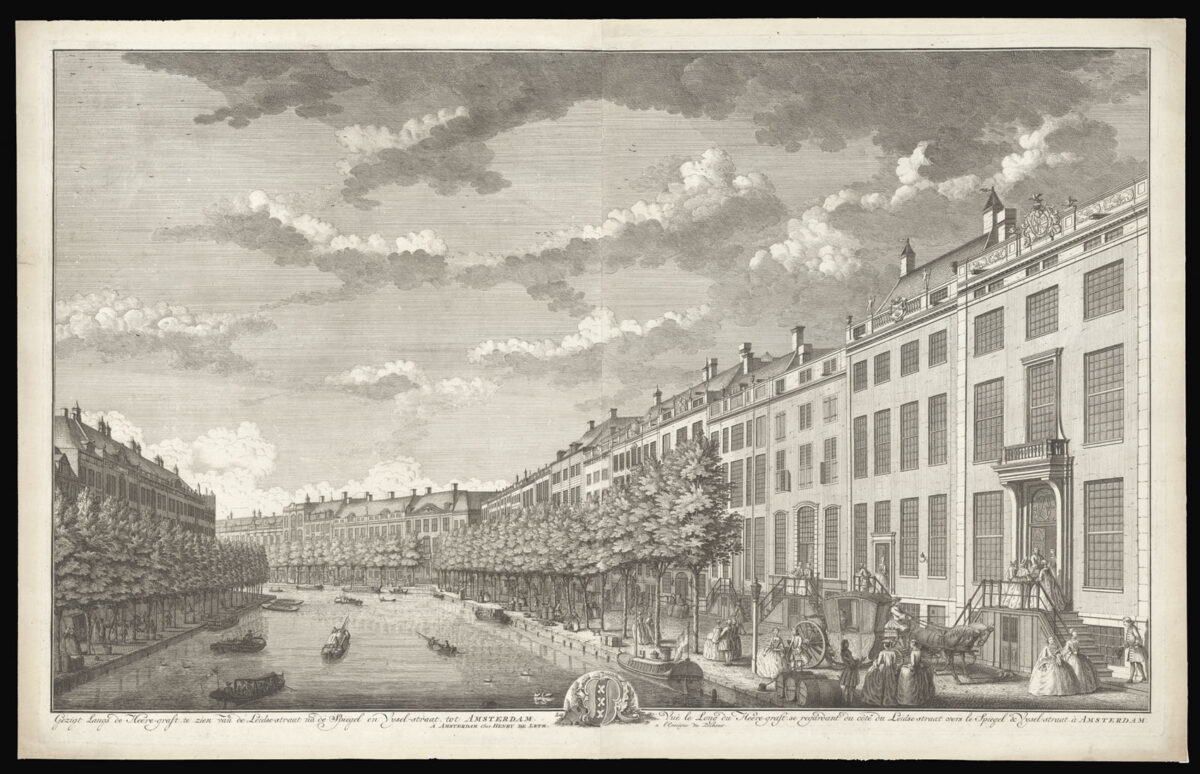 View of the Gouden Bocht Amsterdam

The Gouden Bocht (or ​‘Golden Bend’) is the most prestigious part of the Herengracht in Amsterdam, situated between Leidsestraat and Vijzelstraat.
Until 1663 the Herengracht reached as far as the present Leidsegracht. In 1664, the fortifications around Amsterdam were enlarged, and the Herengracht, the Keizersgracht and the Prinsengracht all being greatly expanded; because the three canals here were laid out a little further from each other, and the lots were also deeper, the buyers on the Herengracht were encouraged to buy two lots and built double fronted mansions. On these large lots, the well-to-do placed their city-palaces with classical facades, stuccoed ceilings, and fine gardens.. In the curve, by the Nieuwe Spiegelstraat, lived Amsterdam’s richest citizens, and so this part of the belt of canals was named the ​“Golden Bend”.

Hendrik de Leth (1692–1759) was an engraver, publisher, and mapmaker working in Amsterdam during the first half of the eighteenth century.