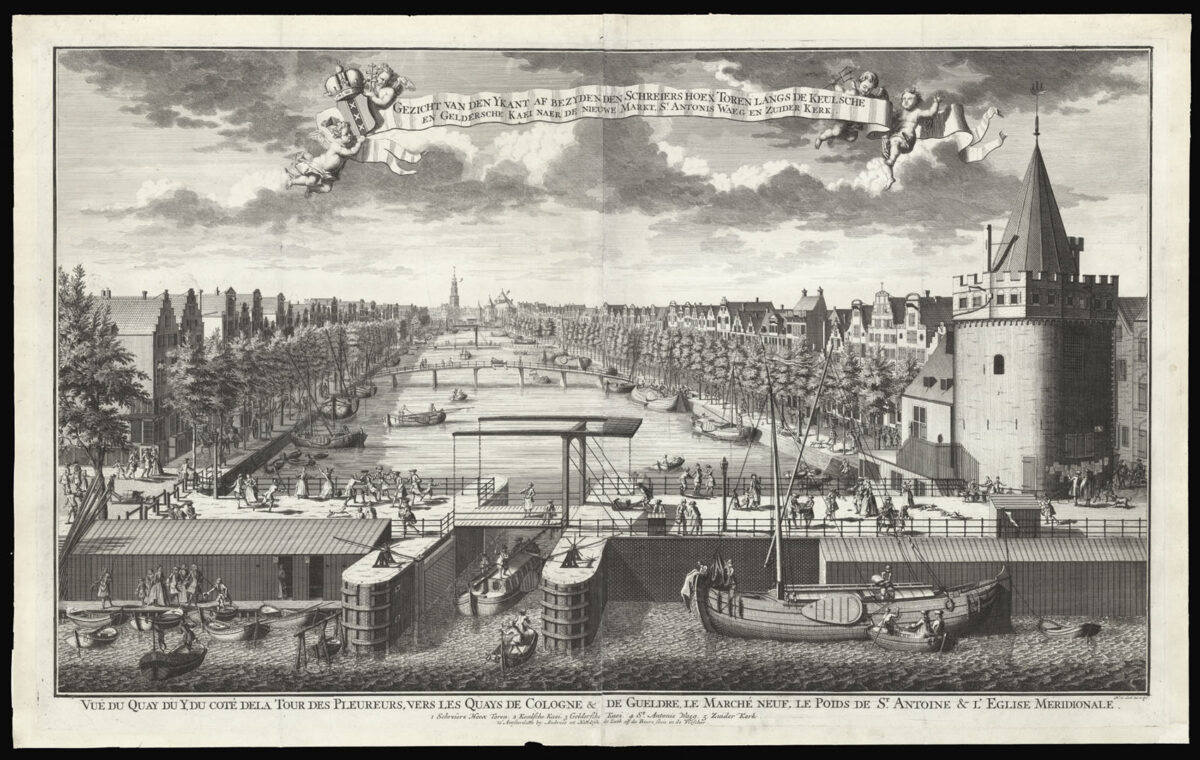 View of the Geldersekade from the Schreierstoren towards the Zuider Kerk

To the right of the view is the Schreierstoren. The tower was originally part of the medieval city wall of Amsterdam, built in the 15th century. It was the location from which Henry Hudson set sail on his journey to Northern America. The tower is often referred to as the Weeper’s tower, as it was from here that women would say farewell to their menfolk before they set out to war; although this now believe to be a myth. In the distance is the tower of the Zuider Kerk, and the Waag. The Waag, originally one of the gates in the medieval city walls had, due to its situation on the Nieuwmarkt, by this time become one of the city’s new weigh houses, where various goods were weighed. The new weigh house was needed to relieve the Waag op de Dam, the original weigh house on Dam square, which had become too small for the needs of the rapidly growing city.