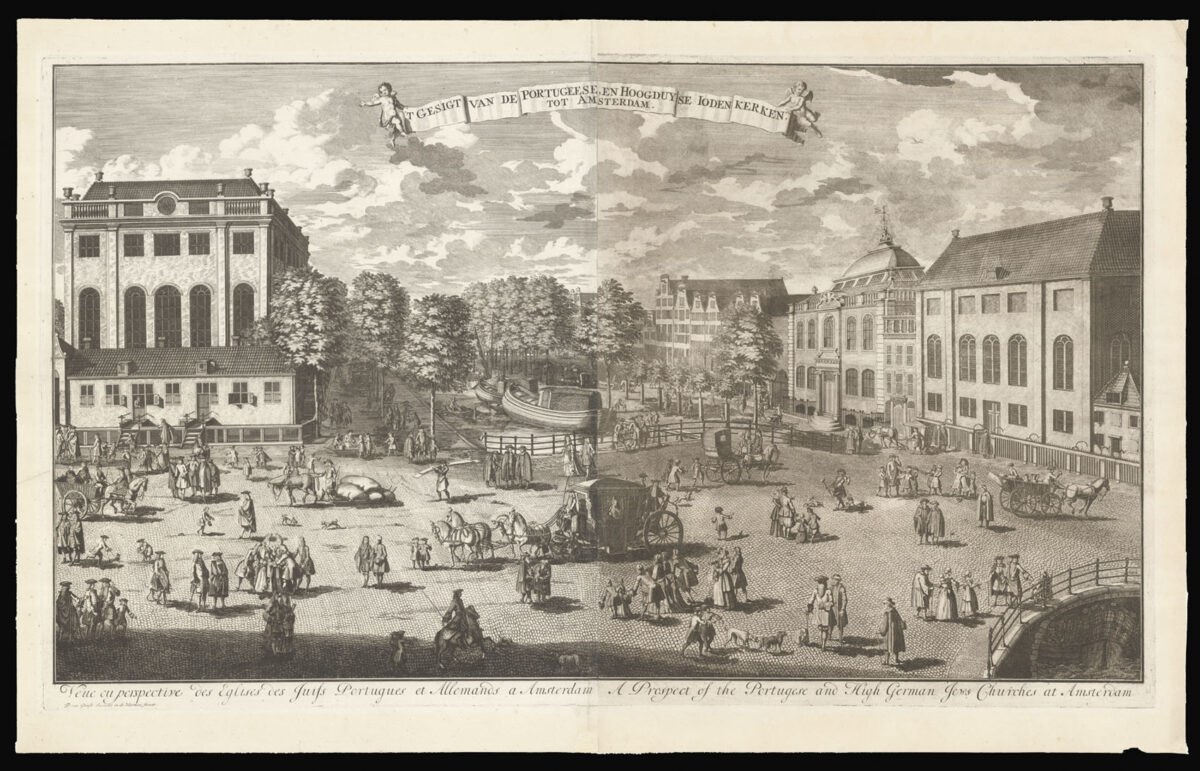 View of the Plantage Muidergracht and the Jonas Daniël Meijerplein.

The view shown from the present day Mr. Visserplien, the busy intersecti.on in central Amsterdam, depicts the Portuguese Synagogue on the left and the High German or Great Synagogue. These momumental buildings now house the Jewish Historical Museum.

The first Jews to settle in Amsterdam were the Sephardim, who had been expelled from Portugal and Spain in 1493. They were joined in the following decades by the Ashkenazi from Central and Eastern Europe, the first of whom had come from Germany in 1600. In those years, the only available land for them was at the outskirts of the eastern side of the Centrum — the island of Vlooienburg, surrounded by the Amstel River and the canals — so they settled along the island’s main street, Breestraat, which quickly became known as Jodenbreestraat.

The Great Synagogue (now the Jewish Historical Museum ), and the Portuguese-Israelite Synagogue, were opened in 1671 and 1675, respectively. The Portuguese Synagogue was the place where Spinoza was placed under the ban by the Sephardic Jewish community in 1656.