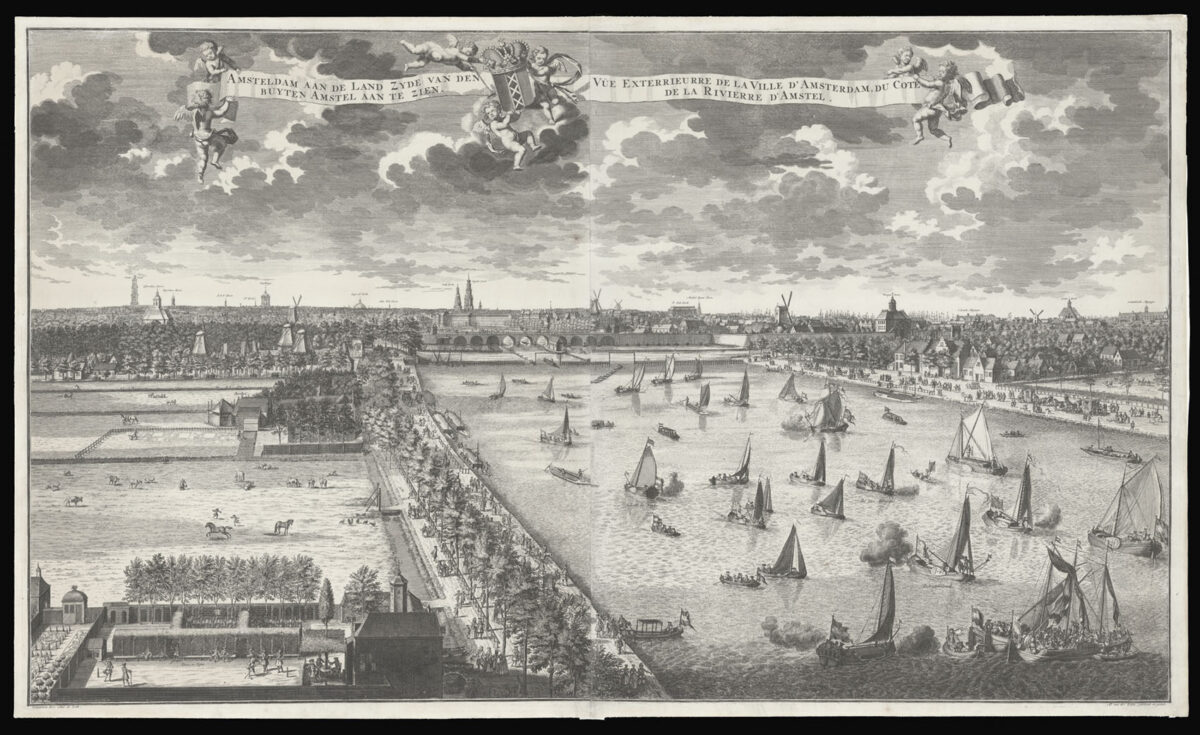 The view is taken from outside the Hogesluis, the city limits at the time. Numerous vessels are depicted on the Amstel with open land to the left, where horses graze. Amsterdam is laid out in the background, and all the major public buildings are shown and named including: the Westerkerk, Noorderkerk, Stadthuis , Oude Kerk, and the Zuider kerk, the Portuguese Synagogue, the Oosterkerk, and East India House.

Andries de Leth (1662–1731) was an engraver, publisher, and mapmaker working in Amsterdam during the first half of the eighteenth century.