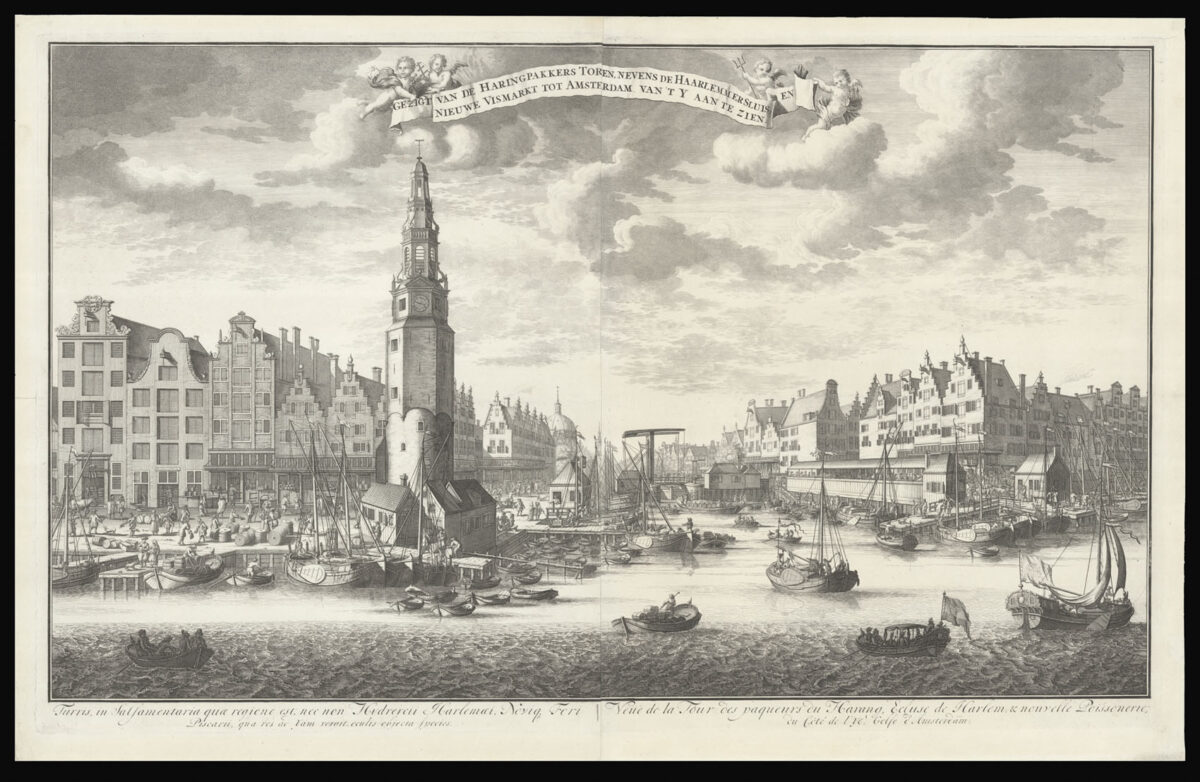 The Haringpakkerstoren was a tower on the corner of the Singel canal and the current Prins Hendrikkade. The tower was originally part of the medieval defensive wall, and was at the time called the Tower of the Holy Cross. The tower would later become known as the Haringpakkerstoren, because the area was where the herring fishermen salted and packed their catch. In 1829, the city authorities took the decision to demolish the tower (the Jan Roodenspoortstoren was also demolished at the same time), as the city lacked the funds to maintain them. Before their demolition detailed drawings of the towers were taken, so that they could be reconstructed when funds became available. Although plans have recently been made to reconstruct the tower, there have been concerns that this would adversely affect Amsterdam’s position on the UNESCO world heritage list.

Jan Smit was a draftsman and engraver working in the first half of the eighteenth century in The Netherlands.