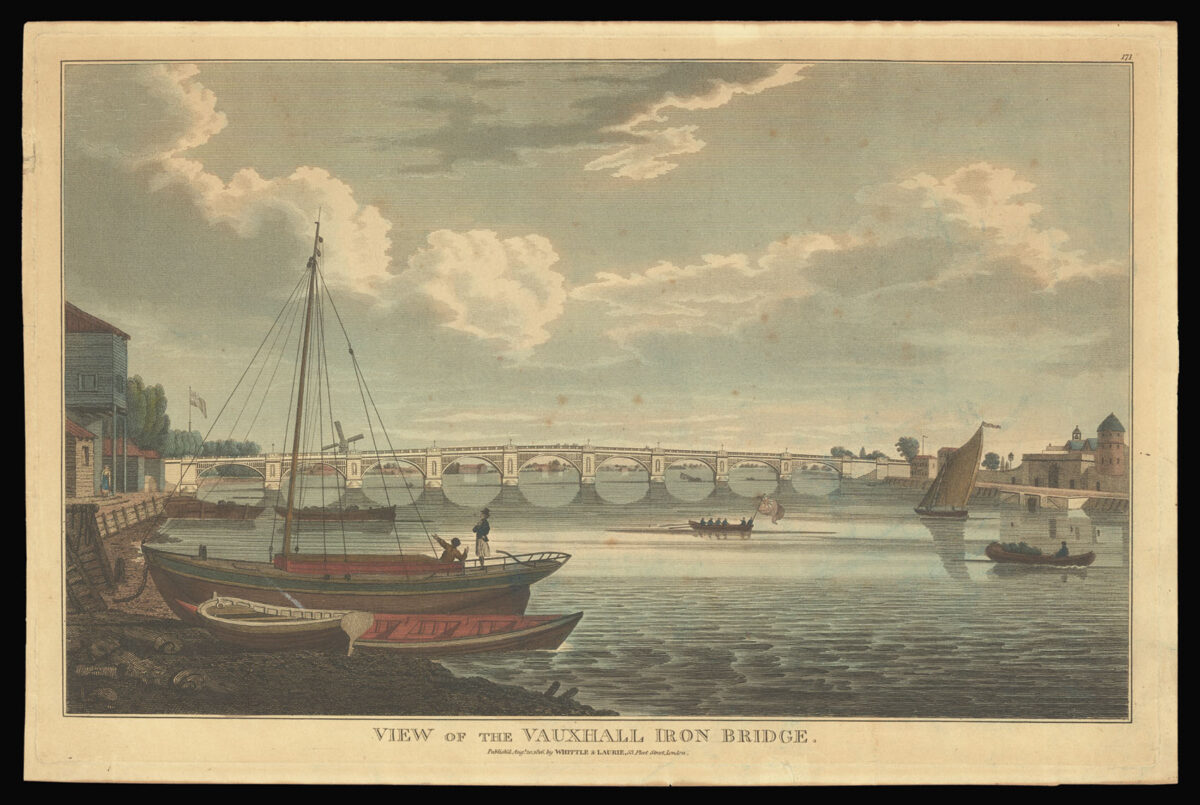 View of the Vauxhall Iron Bridge.

The emphasis on ​‘iron’ in the title of the print reflects the fact that the Vauxhall Bridge started life as a stone structure, designed by John Rennie. The Vauxhall Bridge Company aimed to create a new bridge between Battersea and Westminster, potentially opening up the area around Vauxhall to greater development. The scheme was headed by Ralph Dodd, an engineer and inventor who tried to build the first tunnel underneath the Thames. His involvement was cited as a reason for the initial rejection of the bridge by Parliament in 1806, and it was given the green light only after the Company promised to reimburse the owners of Battersea Bridge for any lost revenue.

The project began and the foundation stone had been laid before the funding ran out, and the bridge was redesigned in cheaper iron. It was initially named after the Prince Regent, the future George IV, but quickly renamed, possibly because of the unpopularity of the profligate prince.