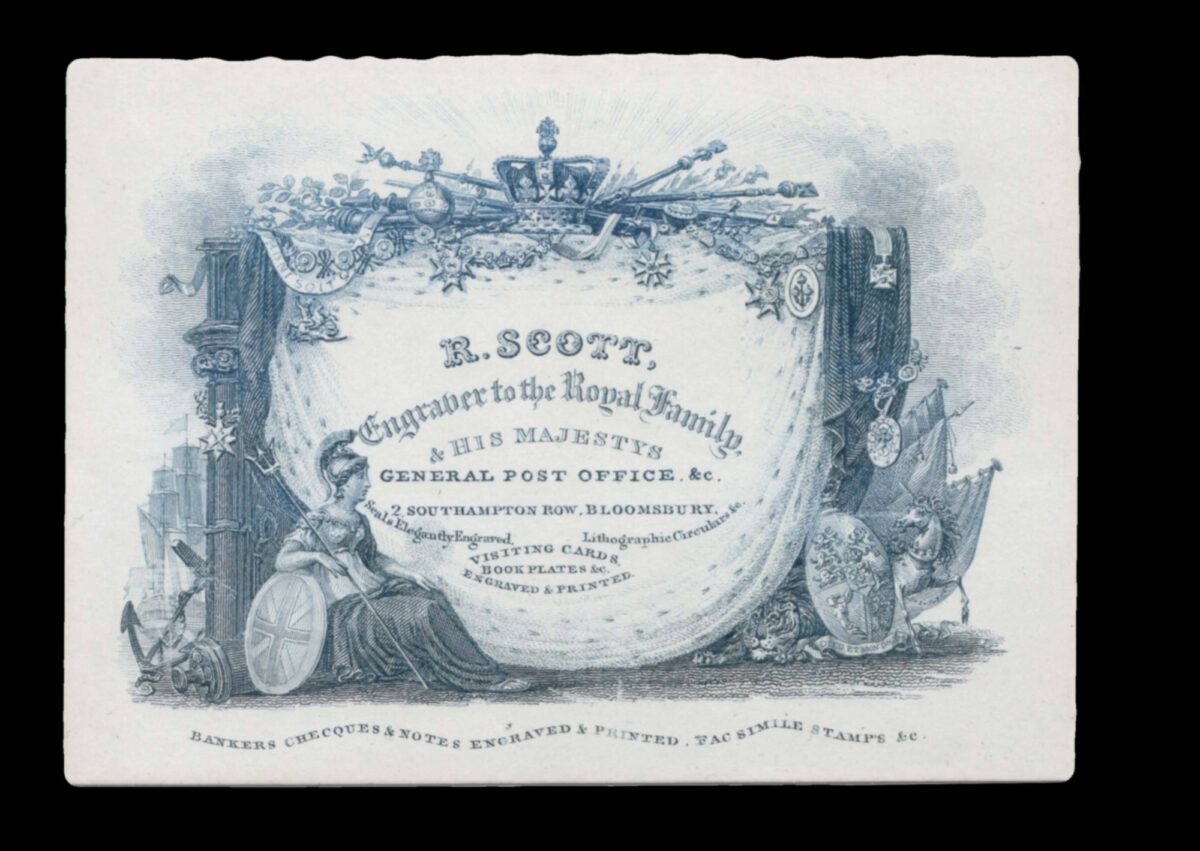 V is for Visiting Card Maker

​“Brook & Co”, probably refers to ​“R. Brook”, who is recorded as ​“Seal Engraver to the Royal Family” at 302 the Strand from 1810 to 1830. He also engraved a number of Armorial bookplates in that time. It is likely that Brook held the warrant, and that Scott was his apprentice, offering a range of alternative, less skilled, services: ​“Bookbinders’ Tool-Cutter, and Engraver in General… Heads for Newspapers, Typographical Devices, Card Borders for Gilding or Printing, & Stamps of every description, Cut in Brass, Steel or Wood. A new collection of Patterns annually” (BM Banks 59.165)

Whether Scott inherited, or bought Brook’s business, is not clear, but sadly, in 1831, the ​‘Law Advertiser’ records Scott as an insolvent debtor, but gives a useful account of his various addresses: ​“formerly of No. 302, Strand, engraver, next of Little Queen-street, Lincoln’s-inn-fields, superintendent in a type-foundry, afterwards of Southampton-Row, Bloomsbury, engraver, at the same time of Holborn, engraver, also at the same time of Middleton-square, Islington, engraver, and late f No. 78, Fleet-Street, engraver”.