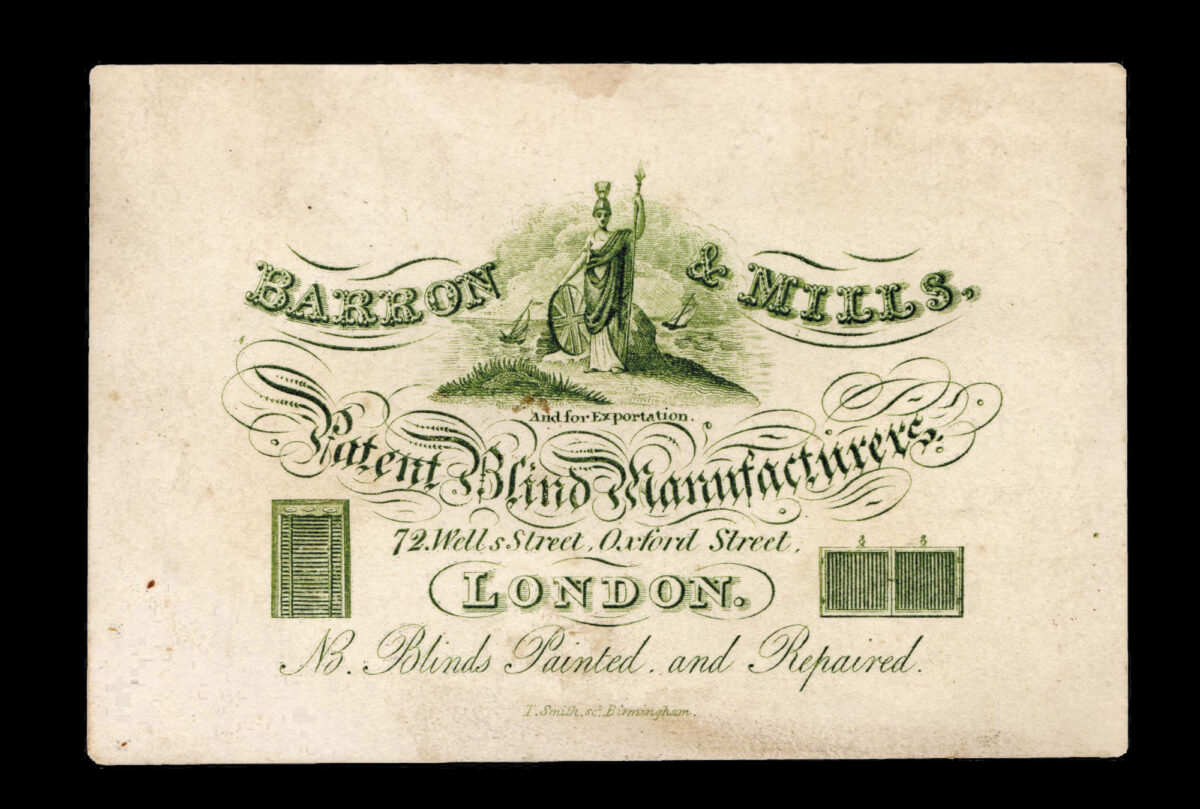 V is for Venetian Blind Maker

James Barron first appears in the records in Holden’s ​‘Triennial Directory’ for the years 1805 to 1807, where he is listed as a Venetian blind maker active at Edgbaston Street, Birmingham. In 1820, Barron, who then occupied 73 Wells Street, London and 11 Lower Temple Street, Birmingham published a pamphlet addressed ​“to cabinet-makers and upholsterers in general” and entitled ​“Modern and Elegant Designs of Cabinet & Upholstery Furniture”. The bulk of the work was taken up with charming illustrations of various pieces of furniture, and also included a explanation of ​“Barron’s Patent Roller Blinds”, a list of materials used and stocked by Barron at his shops, as well as a price list.

​‘The London Upholsterer’s Companion’ of 1834 lists Barron and Mills of both 72 and 73 Wells Street as ​“Venetian and Spring Blind Makers”. In 1842, however ​‘Robson’s London Directory’ lists Mills there with a new partner named De Wilde. Just the following year, the first volume of ​‘The Builder’, one of Britain’s longest running business-to-business magazine which remains in print today as ​‘Building’, contained an advertisement for ​“F. A. De Wilde, Twenty Years with and Successor to Barron and Mills”. Five years later, however, The London Gazette announced De Wilde’s insolvency, and by 1853, another blind maker named H.W.Fields had taken over the premises at Number 72. The Birmingham property still retained by Barron later became ​‘W. Hopkins & Son’.

It appears, therefore, that Barron had established himself as blind maker during the early decades of the nineteenth century before entering into a partnership with Mills, who may have been his apprentice and who later formed a new partnership with De Wilde, probably following Barron’s death in 1839.

The present trade card gives the name and address of the business, and announces that not only does it sell blinds for domestic use and exportation, but also offers repair services. It is illustrated with two simple engravings of different types of blinds, one with vertical vanes and the other horizontal, as well as with the personification of Britannia standing proudly on the shore with her staff and shield, bearing the Union Flag. 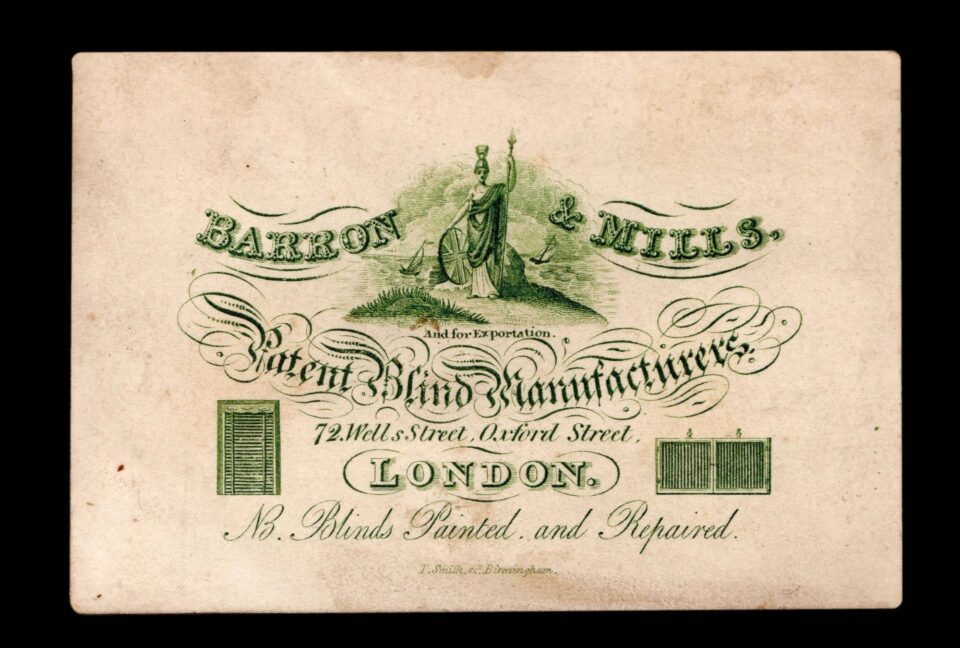