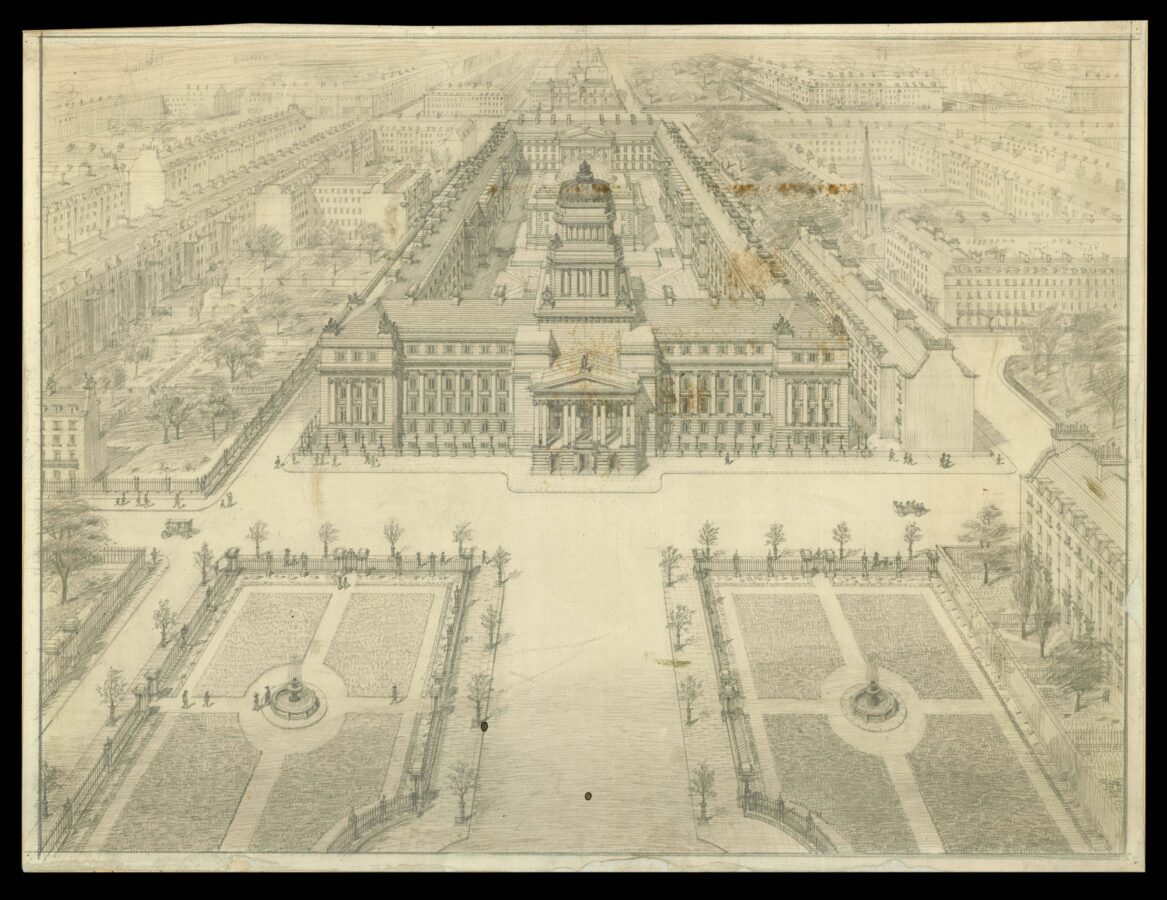 ​“The history of the Bedford Estate in London is a long one,… but, in short,… Russell began to break up his ancestral holdings in (part) response to new tax laws instigated by Lloyd George’s administration in 1910. The University of London acquired a proportion of the Bedford Estate in Bloomsbury, near the British Museum. Eventually Charles Holden (1875–1960) was appointed architect with ​“the instruction to create a building ​“not to suggest a passing fashion inappropriate to buildings which will house an institution of so permanent a character as a University”. This unusual remit may have been inspired by the fact that William Beveridge, having just become director of LSE, upon asking a taxi driver to take him to the University of London was met with the response ​“Oh, you mean the place near the Royal School of Needlework”. Holden responded by designing Senate House, the current headquarters of the university, and at the time of completion the second largest building in London” (“The Bedford Estate: The Sale of the Estate”, in ​‘Survey of London’: Volume 36, Covent Garden, 1970).