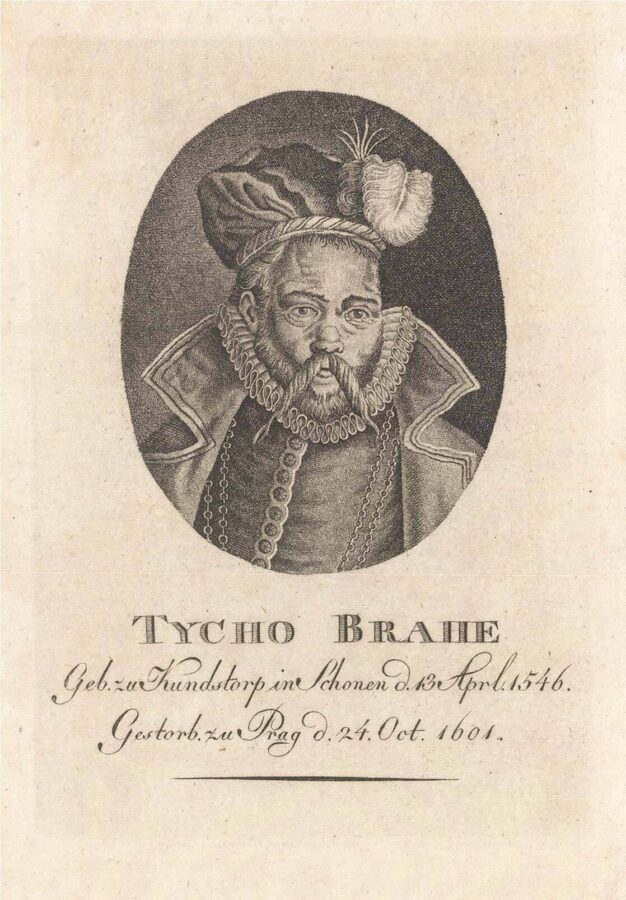 Published in one issue of the German geographical journal, ​‘Allgemeine geographische Ephemeriden’, was the present portrait of renowned Danish astronomer, Tycho Brahe (1546–1601), who laid the foundation for the later invention of the telescope.

The portrait is based on an engraving by Jacques de Gheyn II, who had drawn Brahe at the end of the sixteenth century. Most of Gheyn’s details are retained, including the high collar and the chain of the Order of the Elephant, but an elaborate feathered beret has also been added. Brahe’s famous false nose, which was rumoured to be made of gold, is also prominent. The portrait, which originally showed Brahe’s whole upper body, is cut to just a bust, beneath which his name and dates of birth and death are given, in German. Interestingly, a larger version of the present portrait was published by Jacob van Meurs, who was active from 1650 onwards.