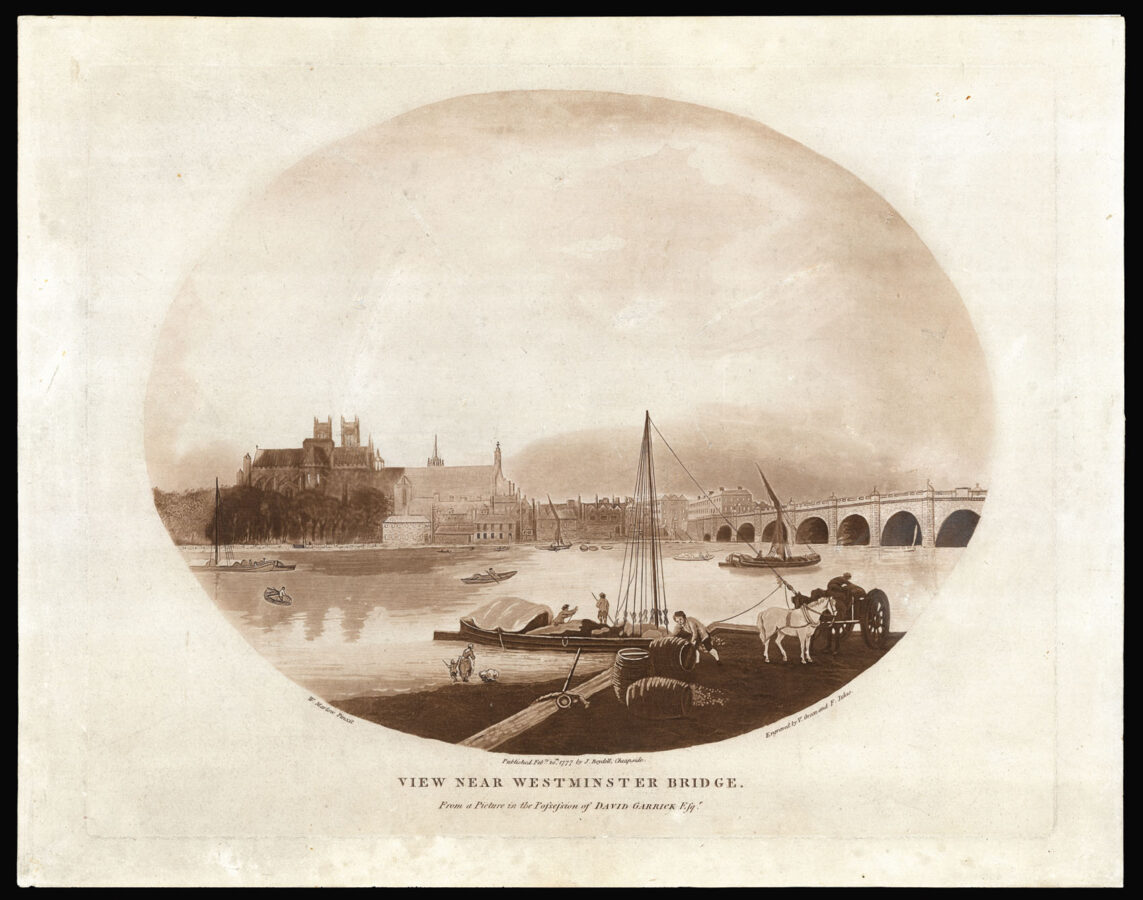 Two tondi by a friend of Garrick

Two prints of the Thames after paintings by William Marlow (1740–1818), an English maritime painter. Marlow served an apprenticeship under Samuel Scott for five years, and in his early career specialised in similar maritime views. He was known amongst his peers for his somewhat unorthodox living arrangements. Joseph Farington recorded in his diary that Marlow moved to Twickenham to live in a ménage à trois with a butcher and his wife whom he had met in Vauxhall Pleasure Gardens (Gatrell). He went on to design scientific instruments, and, according to a contemporary obituary, the seals for the original thirteen states of the United States of America. The same obituary notes that he was close friends with David Garrick (London Review).

David Garrick (1717–1779) was an English actor and playwright: the most famous thespian of his time, instrumental in transforming the theatre in England into a more respectable pastime and profession, and a noted connoisseur. Garrick was not only a collector of maritime art, but was also concerned with river life itself. He was nominated to a commission to build a new bridge at Richmond in 1773 and briefly took out a mortgage on Fresh Wharf near London Bridge, before the debtor ran away to the far east. 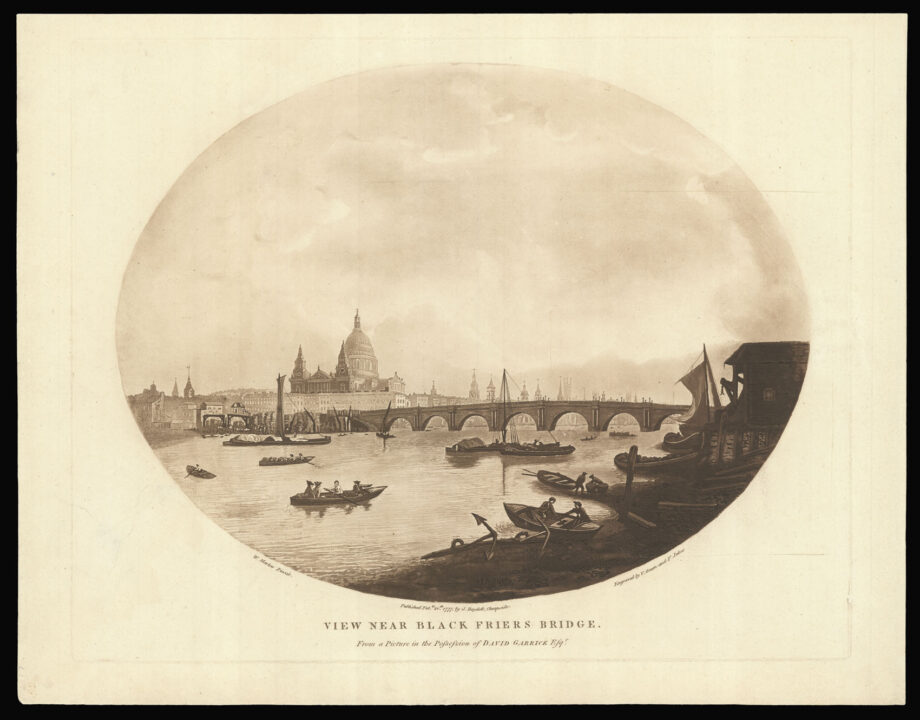