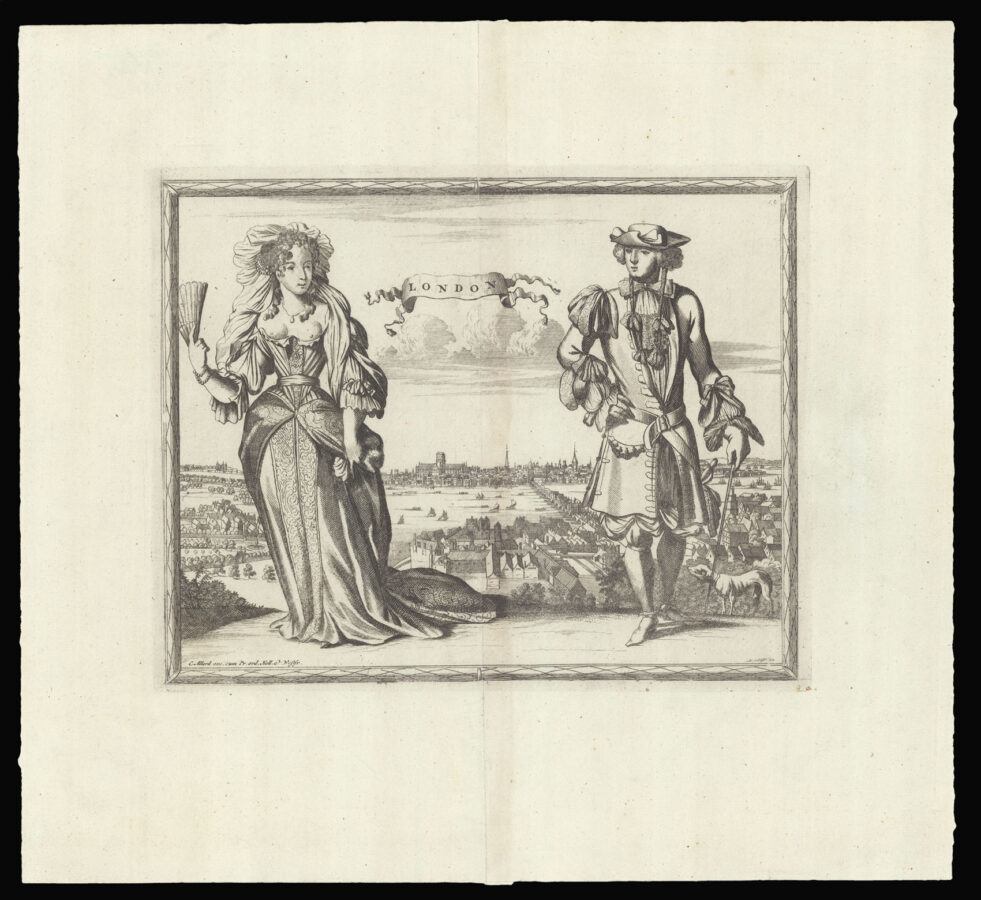 Two figures with London in the back ground

An early seventeenth century print of London, with two inhabitants in the foreground. London Bridge and old St Paul’s Cathedral are visible in the background. The woman in the foreground is bare breasted, a style supposedly adopted by aristocratic Englishwomen, although this may have been an artistic interpretation of the fashion for extremely décolleté bodices. The equally elegantly dressed man carries a swagger stick and wears his hair short with two long ​‘love locks’ on his shoulders.

The print appears in Allard’s ​‘Orbis