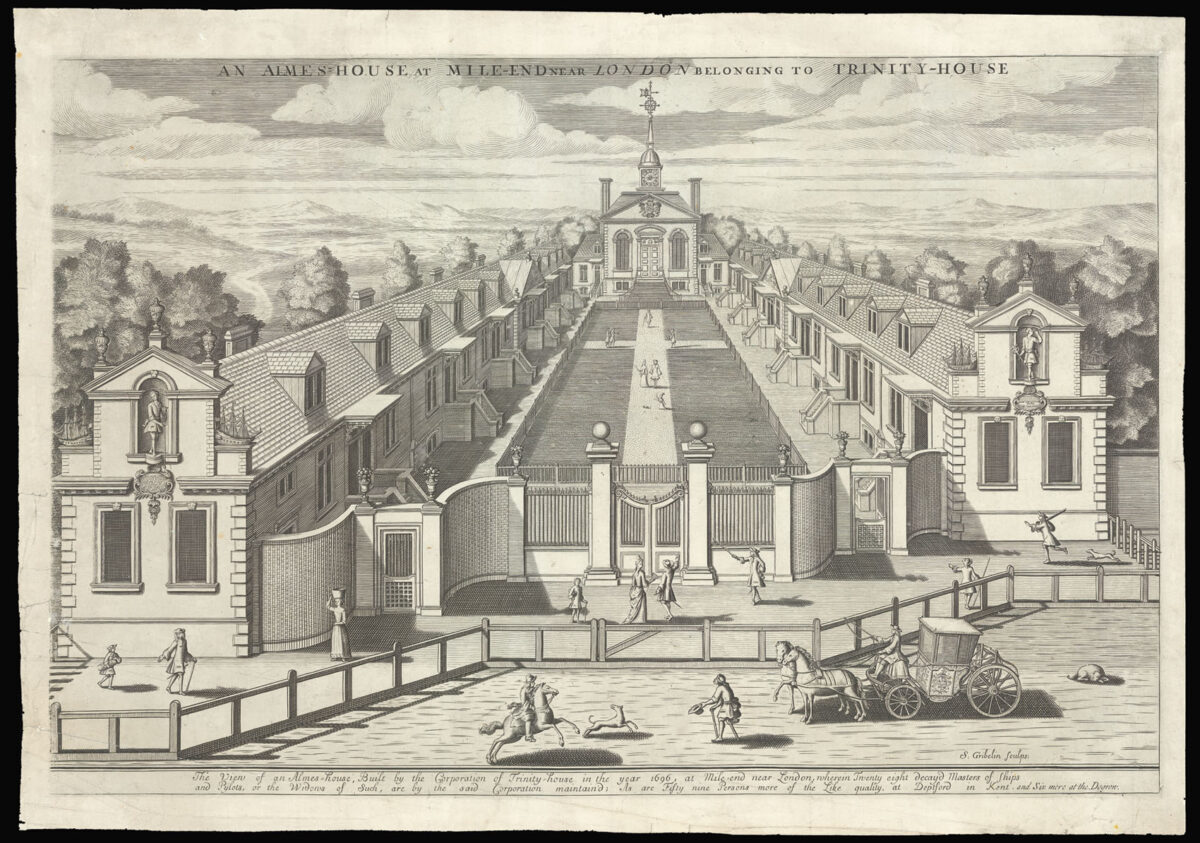 An Almes-House at Mile-End near London belonging to Trinity-House. The View of an Almes=house, Built by the Corporation of Trinity=house in the year 1696, at Mile=end near London, wherein Twenty eight decay’d Masters of Ships and Pylots, or the Widows of Such, are by the said Corporation maintain’d; As are Fifty nine Persons more of the Like quality, at Deptford in Kent, and Six more at the Dogron.

Trinity House is a maritime fraternity established in 1514, in order to regulate navigation on the River Thames. Their remit expanded to mariners in general, and they had a strong charitable arm, setting up lighthouses and building almshouses. The almshouses shown in the print were built in 1695 to accommodate ​“decay’d masters of ships and pylots”, or their widows, who had fallen on hard times. As well as accommodation, they were given money and coals.

Simon Gribelin (1661–1733) was a French Huguenot engraver, whose family fled to England to escape persecution.