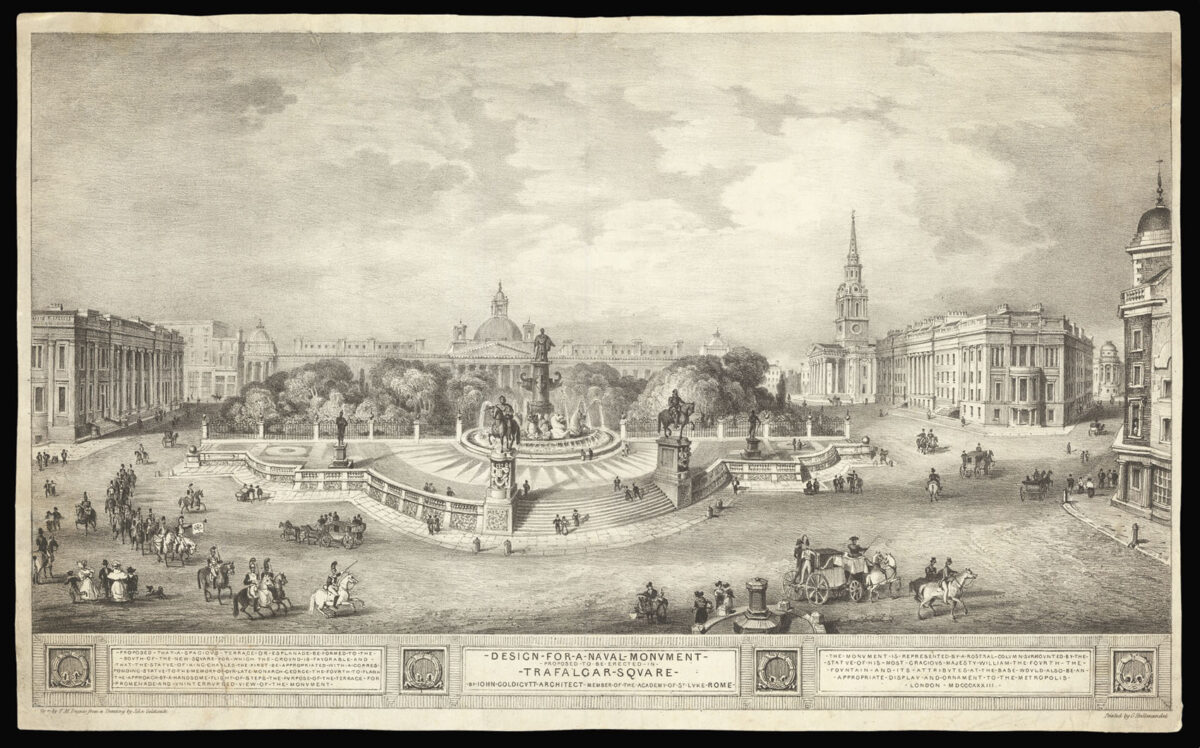 Design for a Naval Monument proposed to be erected in Trafalgar Square By John Goldicutt Architect, Member of the Academy of St Luke Rome.

John Goldicutt (1793–1842) was a British architect and architectural draughtsman. He put this design forward for a fountain in Trafalgar Square, five years before a commission was established which decided that a monument to Admiral Horatio Nelson should be placed there instead. Goldicutt’s monument is not a tribute to Nelson, despite the ​‘naval’ title, but instead a celebration of the House of Hanover and especially of William IV, nicknamed the ​‘Sailor King’ because he had served in the Royal Navy in his youth.

The text at the bottom outlines Goldicutt’s proposal, suggesting that a terrace be created on the south side of the square, with an equestrian statue of George IV (who had died two years before) added to the existing statue of Charles I. The fountain in the middle of the terrace would be surmounted by a statue of William.