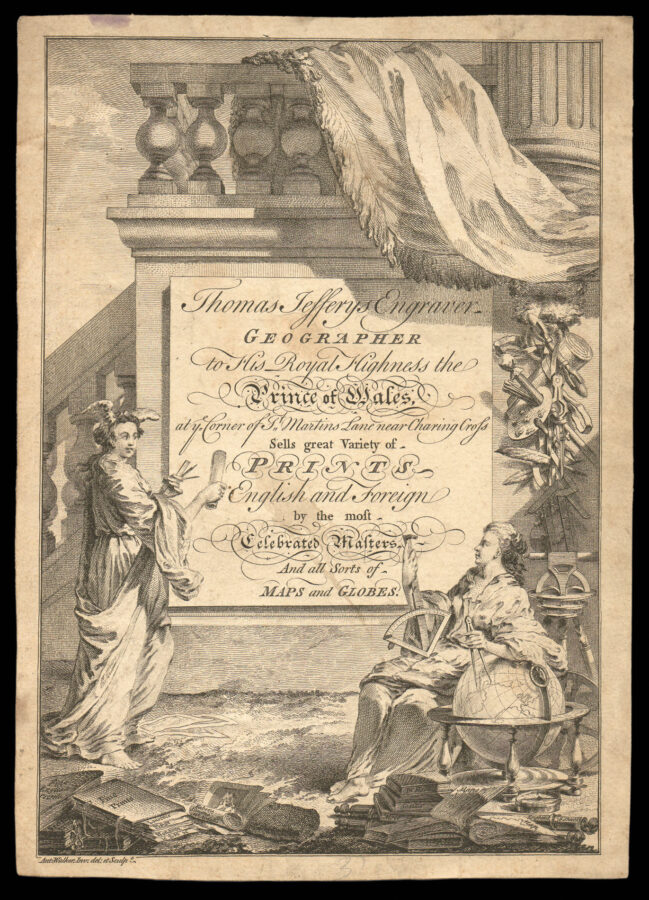 By JEFFERYS, Thomas; and Anthony WALKER, 1750

Thomas Jefferys Engraver — Geographer to His Royal Highness the Prince of Wales … Sells a great Variety of Prints, English and Foreign by the most Celebrated Masters And all Sorts of Maps and Globes.

Jefferys’s trade card is finely engraved by Anthony Walker (1726–1765), ​“a draughtsman of remarkable skill with a real sense of decorative design” (Hammelmann). Before producing the present engraving Walker had engraved the title for Jeffery’s ​‘The Small English Atlas’, of 1749. Walker surrounds the trade card with classical imagery. A large curtain is draped over a balustrade, revealing the engraved text. The text is presented by two female figures in classical dress, one holds a burin and paper, whilst the other, shown seated rests her left arm on a globe, in her left hand is a pair of compasses and in her right she holds a quadrant. Various scientific and artistic tools cascade down the right hand side of the engraving. On the ground is a waywiser, theodolite, a compass, and numerous print folios, atlases, and maps. Some of the folios and atlases bear names including, Senex, Halley, Moll, and Hogarth.

Thomas Jefferys (1719–1771) was one of the most prolific map and printsellers working in London during the eighteenth century. He produced some of the most important maps of the Americas. He set up shop in Red Lyon Street, Clerkenwell, in 1747, moving to St. Martin’s Lane, Charing Cross, in 1750, and he would later go into business with William Faden. In 1746, Jefferys was appointed Geographer to Frederick, Prince of Wales, and in 1757, Geographer to George, Prince of Wales, later George III. 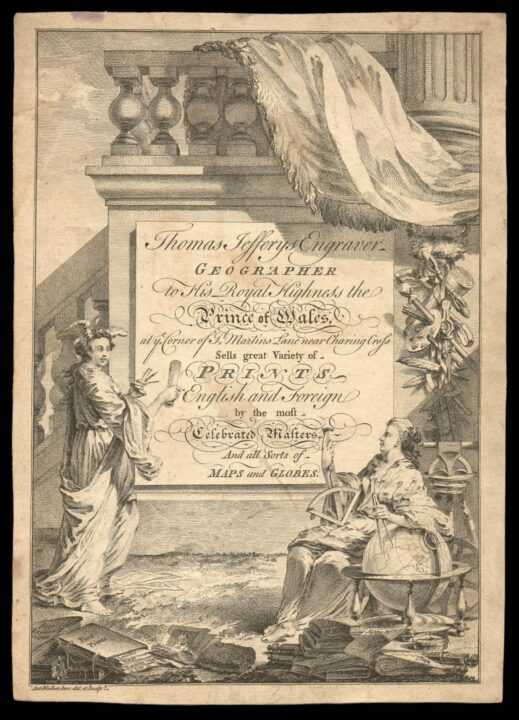