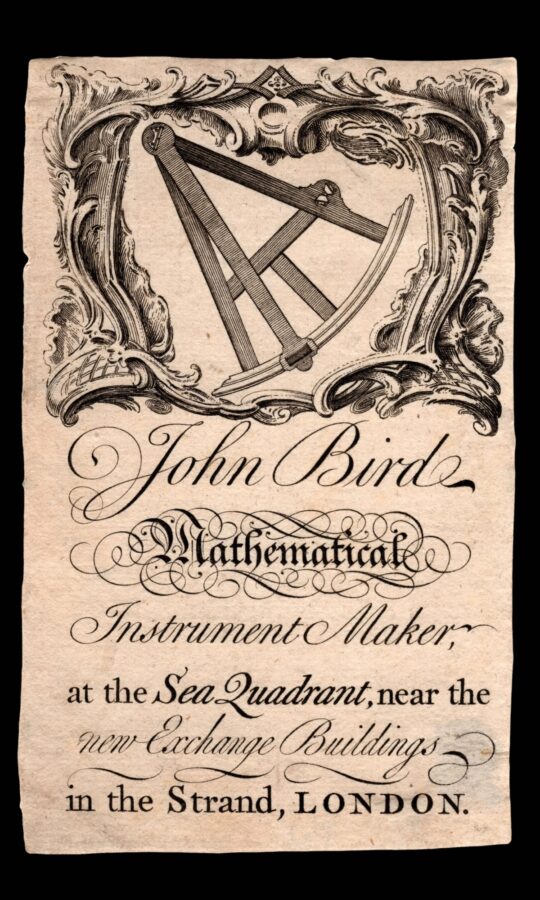 John Bird (1709–1776), eminent mathematical instrument-maker, was known throughout Europe in his lifetime for the accuracy of his instruments, and is allegedly the gentleman responsible for recommending that John Dixon, of the Mason-Dixon Line, be the person sent to St. Helena to make observations of the transit of Venus, and so launching Dixon’s international career.

From about 1746, Bird supplied the Royal Observatory with a brass mural quadrant of eight-foot radius and a transit instrument of eight-foot focal length. With these instruments James Bradley, the Astronomer Royal, made a series of observations of the sun, moon, planets, and fixed stars, which was carried on by others after his death. When, in 1776 the Greenwich observations for 1765 to 1774 were published, Bird’s instruments were still in use and their accuracy so exact that ​“the place of any heavenly body may be always found by them within ten seconds of a degree, both in Longitude and Latitude, and generally much nearer” (Nevil Maskelyne).