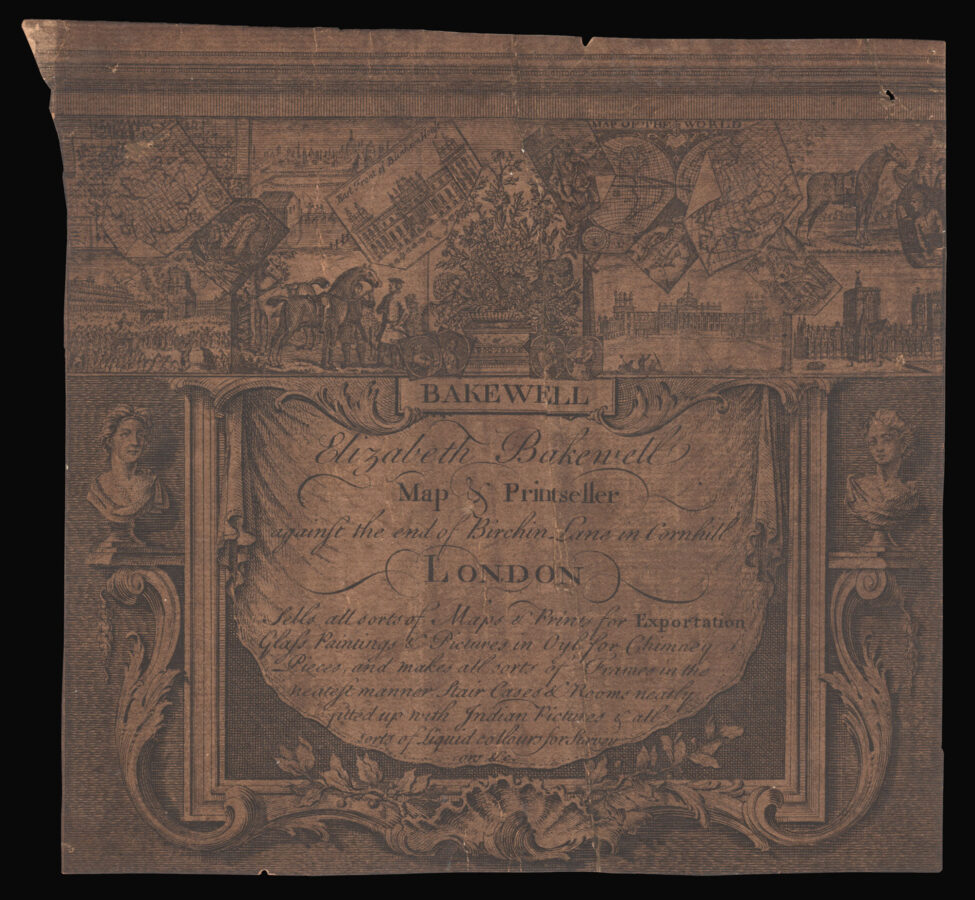 Map & printseller Sells all sorts of maps and prints for exportation. Glass, paintings & pictures in oyl for chimney pieces, and makes all sorts of frames in the neatest manner. Stair cases and rooms neatly fitted up with Indian pictures & all sorts of liquid collours for surveyors.

Elizabeth Bakewell (fl1749-1770s) was a print seller and publisher who continued in business after her husband, Thomas Bakewell, died. She worked alongside Henry Parker, Thomas’s former assistant.

Bakewell’s trade card is identical to that of her late husband, Thomas, with the exception of the change in name. The top section of the trade card highlights a number of different types of prints and maps on offer, which are presented as if they are pasted to a wall, including a ​‘Map of the World’, partially obscured by portrait prints and another map that appear to be tacked on top of it. This may very well be the world map Thomas produced in partnership with Timothy Jordan, which was advertised in the ​‘Daily Courant’ on 3 July 1729. Also visible is John Harris’s view of Blenheim entitled ​“East Front of Blenheim House” from around 1700 that was printed by Thomas.

Bakewell was involved with the printing of numerous maps, including Thomas Kitchin’s ​‘A Map of the Thirty Miles Round London’ (1758), and she printed ​‘The City Guide or a Pocket Plan of London, Westminster and Southwark’ in c1760 with Parker.

The trade card appears on the reverse of a frame displaying a reverse glass mirror picture. The Winterthur Museum has a pair of reverse glass prints in their collection depicting King George III and Queen Charlotte which includes the inscription ​“E. BAKEWELL & H. PARKER, Map & Printsellers,/ opposite Birchin Lane in Cornhill, LONDON” at the bottom of each print, and the frame for George III’s print includes a trade card for Bakewell and Parker on the reverse (1954.0048.001 B, C). 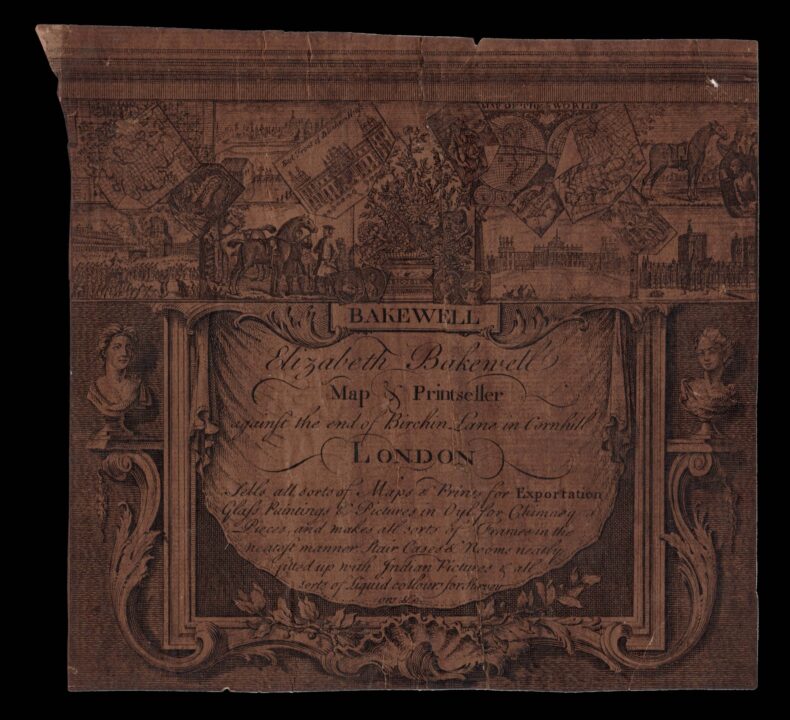