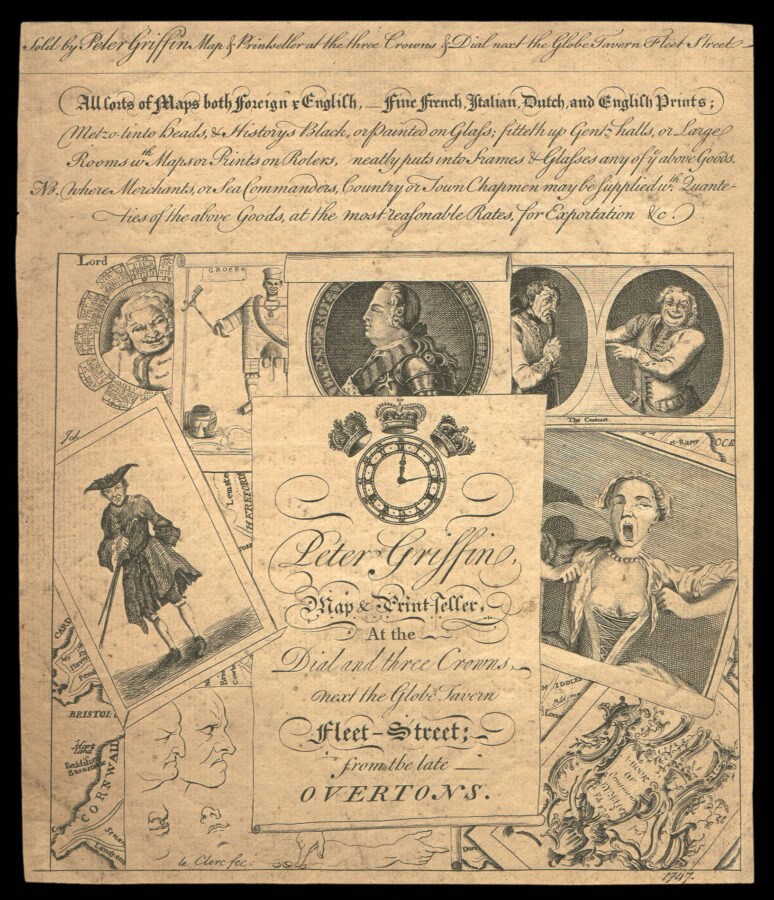 Peter Griffin,.. from the late — Overtons.

Griffin’s trade card includes a long and detailed list of his various wares: ​“All lots of Maps both Foreign & English — Fine French. Italian, Dutch and English Prints; Mezotinto heads, & Historys Black, or Painted on Glass; fitteth up Gents halls, or Large Rooms with Maps or Prints on Rolers, neatly put into frames & Glasses any of ye above Goods. N.B. where Merchants, or Sea Commanders, Country or Town Chapmen may be supplied with Quanteties of the above Goods, at the most reasonable Rates for Exporation &c”. Below this is a trompe l’oeil of prints, satires, maps, and a title-page from Matthias Lock’s ​‘A Book of Ornaments’, published in 1747.

Griffin’s imprint appears again below a image of a dial and three crowns, and gives notice that he used to work for the late Mary and Philip Overton — ​“from the late Overtons”. Griffin had been apprenticed to Philip Overton sometime in the late 1730s. Although there is scant information regarding his life, it may be reasonably argued that he left the employment of the Overtons soon after the death of Philip, setting up business on the same street in 1747. Unfortunately, the new venture did not last long with the Peter passing away in 1749. The business was briefly continued by his wife Elizabeth, whose imprint appears on some satire prints dating from 1750.

Engraved by ​“Le Clerc”, who engraved a number of other trade cards. 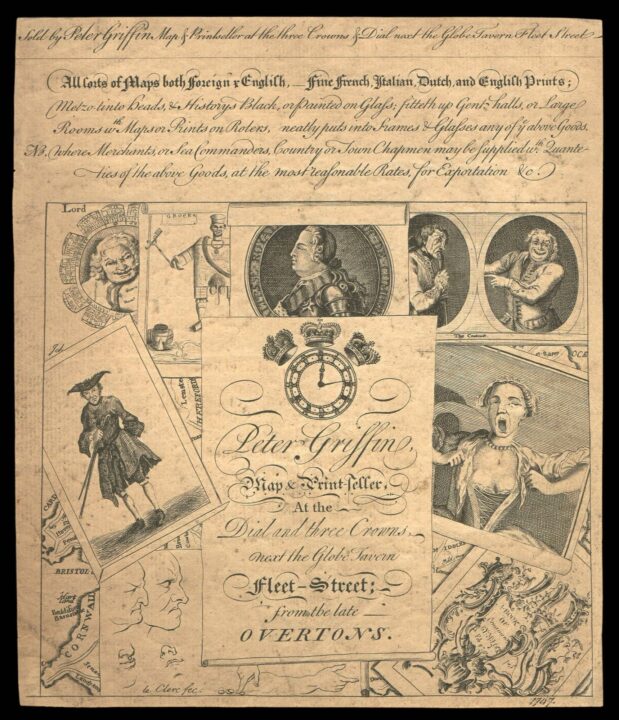