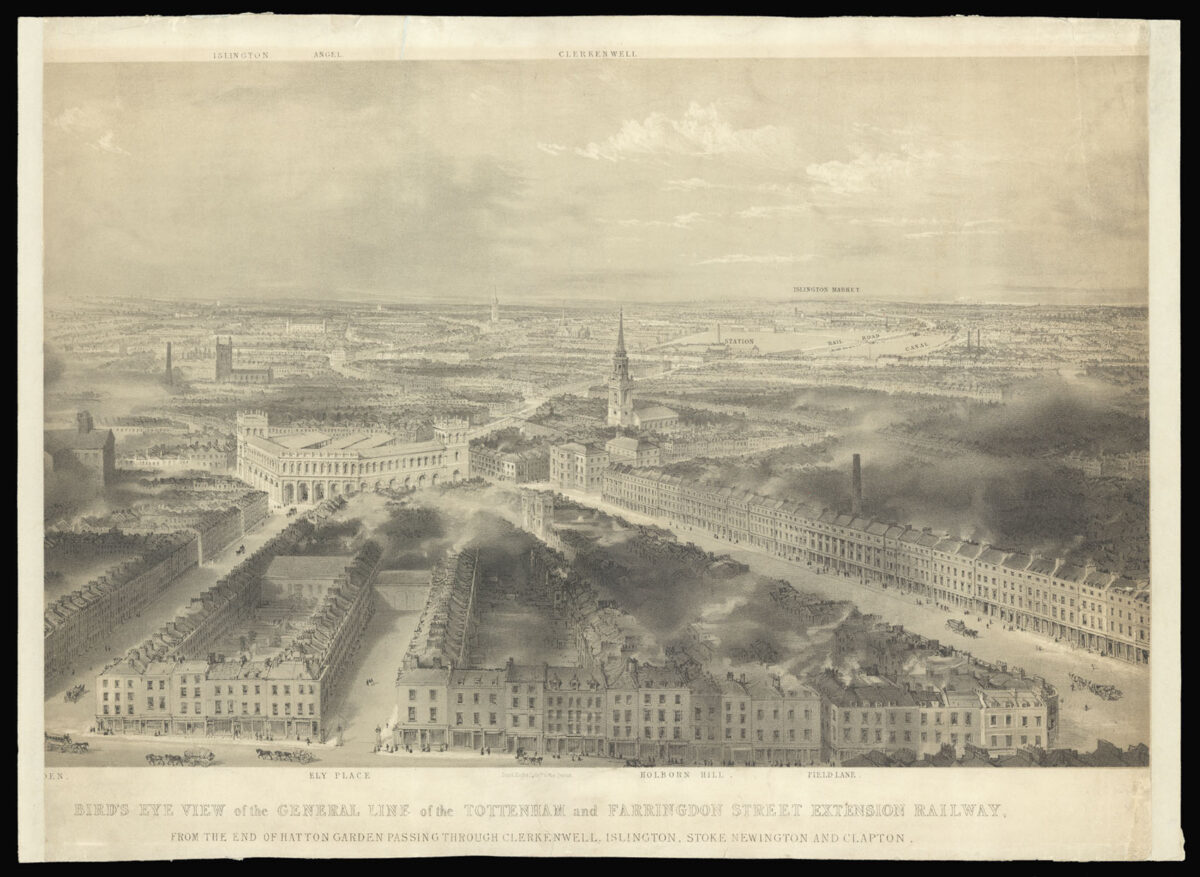 Bird’s Eye View of the General Line of the Tottenham and Farringdon Street Extension Railway From the end of Hatton Garden passing though Clerkenwell, Islington, Stoke Newington and Clapton.

A view of the proposed railway line, put forward by the short-lived Tottenham and Farringdon Street Junction Railway Company. The line met with a great deal of resistance and and was never built.

William Day (1797–1845) and Louis Haghe (1806–1885) formed a partnership which became one of the largest British lithographic firms of the nineteenth century, and was successful enough to gain a royal warrant in 1838. After William’s death in 1845 the company was run by his son W.J. Day, and in in the early 1850s when Louis Haghe left to concentrate on watercolours the firm became known as Day and Sons.