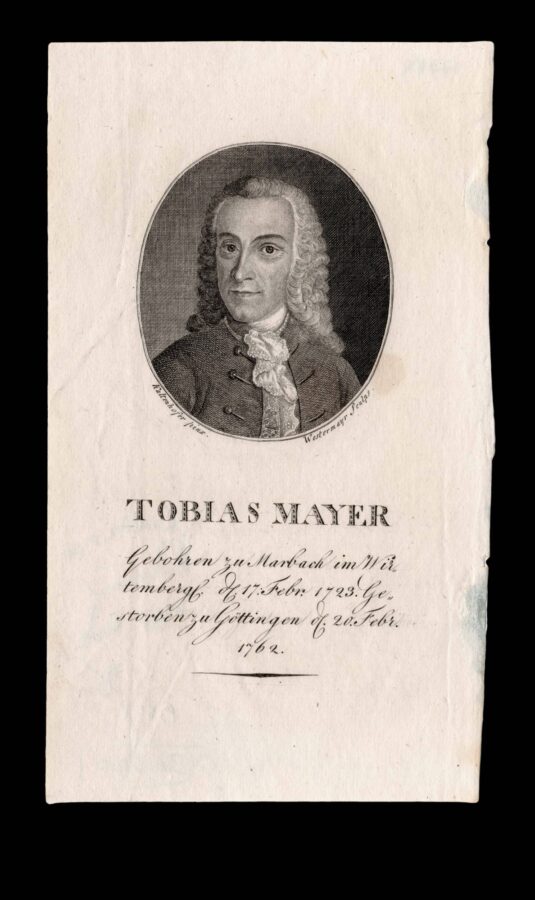 German astronomer Tobias Mayer (1723–62) produced a chart of the full moon published in 1775 which remained unsurpassed for half a century. His contribution to lunar studies, with new methods for calculating eclipses and determining longitude by lunar distances, led a crater on the moon to be named after him. He also worked on other celestial bodies, including studying the motion of eighty stars, and investigating the dynamic relationship between Jupiter, Mars and Earth.

An early volume of ​‘Allgemeine Geographische Ephemeriden’ published in 1799 contained a portrait of the astronomer, engraved by Westermayer after Joel Paul Kaltenhofer, Mayer’s personal friend and the only artist who had made a portrait of him during his lifetime, which he executed in pastels. The engraving shows the bust of Mayer, wearing coat, lace cravat and a curled and powdered wig. A caption in German below identifies the sitter, his position, and his place and dates of birth and death.