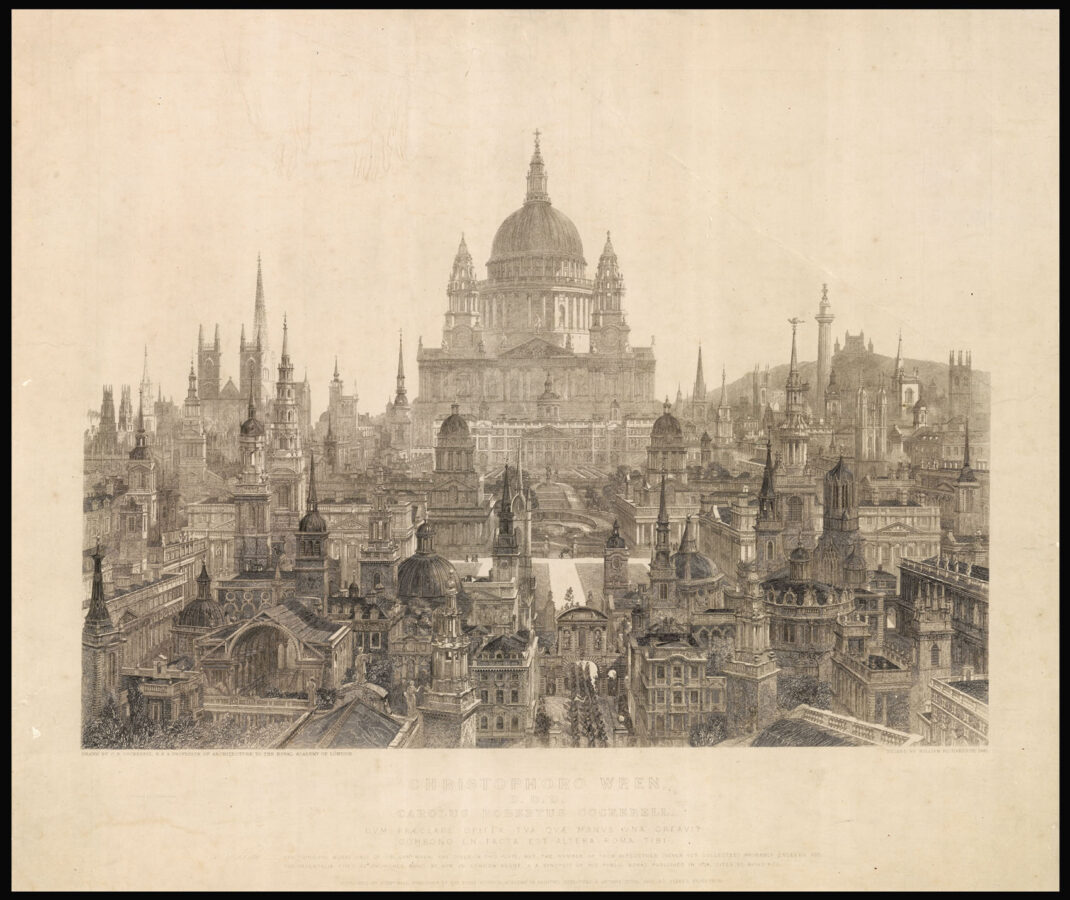 Christopher Wren, D.D.D., Carolus Robertus Cockerell. Dum præclare opifex tua quae manus una creavit compono en facta est altera Roma tibi. The principal works only of Sir Chr. Wren are given in this plate, but the number of them altogether (never yet collected) probably exceeds 100. The Parentalia cites 53 churches built by him in London alone & a synopsis of his public works published in 1724, cites 63 buildings.

A striking montage of the works of Sir Christopher Wren.

The image is dominated by Wren’s greatest achievement, St Paul’s Cathedral. The work features not only the great completed works such as the Royal Hospital at Greenwich, Temple Bar, the Royal Observatory at Greenwich, and Monument, but also unfinished masterpieces such as Winchester Palace. Intended as a mini-Versailles, the project ran into financial problems and the work was never completed. The print was usually sold with a key which marked all 62 buildings shown on the plan.

This ambitious vision was the brainchild of Charles Robert Cockerell (1788–1863), an architect who was appointed surveyor of St Paul’s Cathedral in 1819, sparking an interest in Wren’s work. He was also Professor of Architecture at the Royal Academy from 1839, and was the second president of the Royal Institute of British Architects (1860–1861). Cockerell began gathering information for the print as early as 1825. All 136 preparatory sketches and the original watercolour on which the print is based are now housed in the RIBA Library.

According to the Art Fund Review in 2006, only three impressions of the print are known, of which two are in the RIBA collection.