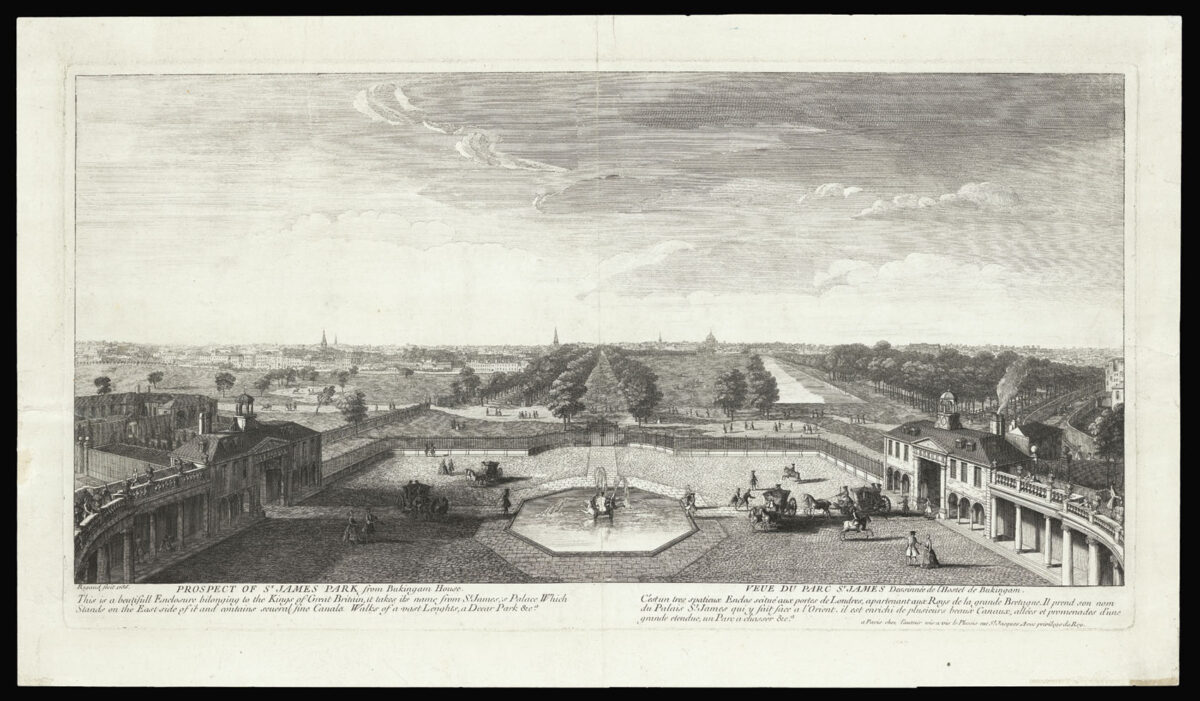 The view from Buckingham Palace

A view of St James’s Park, from what is now Buckingham Palace. In 1736 Buckingham House was the private residence of Sir Charles Sheffield, built for his ancestor John Sheffield, 1st Duke of Buckingham, in 1703 by William Winde. The Duke had decided that his old residence, Arlington House, was not grand enough. Its replacement was the most extravagant building in London, with a wide forecourt around a large fountain, and avenues of elm and lime trees leading up across the park. After the second Duke and his heir died, Sir Charles inherited the title and sold Buckingham House to George III in 1761, who wanted a London residence with more privacy for his wife and family.

Jacques Rigaud (c1681-1754) was a French topographic engraver and dealer, opening a shop in Paris in 1720. He produced a series of prints of royal residences in France, and it seems likely that he visited England, engraving several views of British royal residences, including the present example.