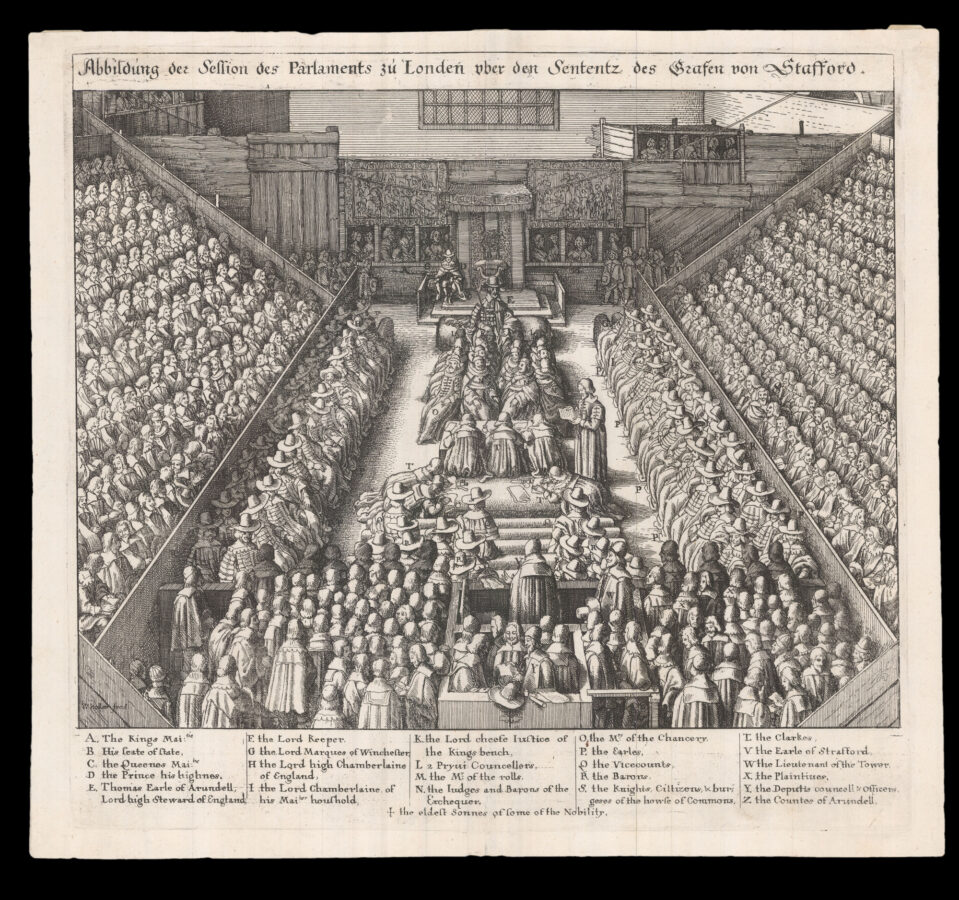 The present example is the second state, which was included in the ​‘Theatrum Europaeum’ of J.P. Abelin published in Frankfurt in 1643. Abelin added a German title above the print, in which the defendant is named Earl ​“Stafford” rather than Strafford. 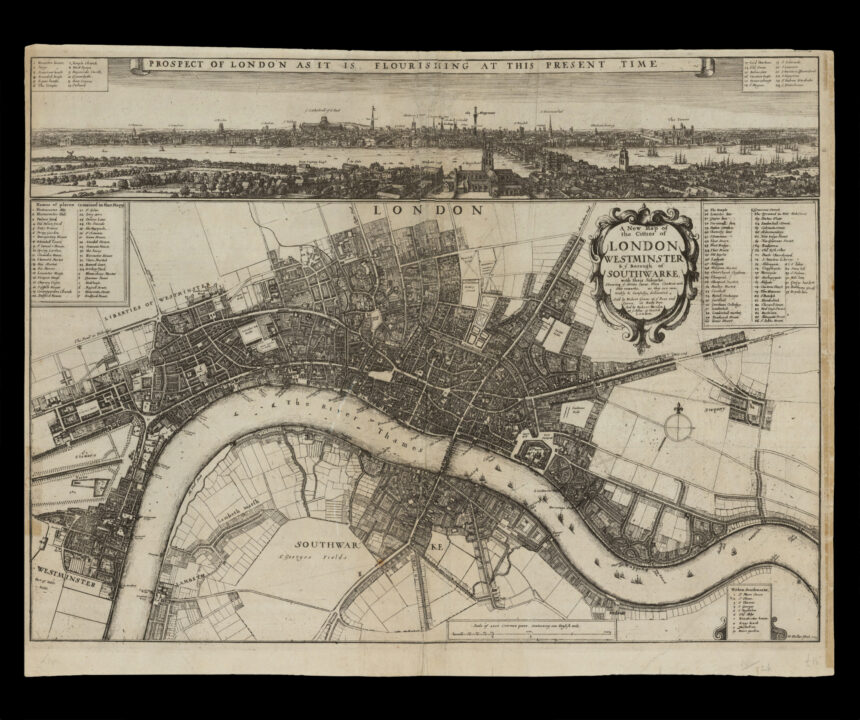