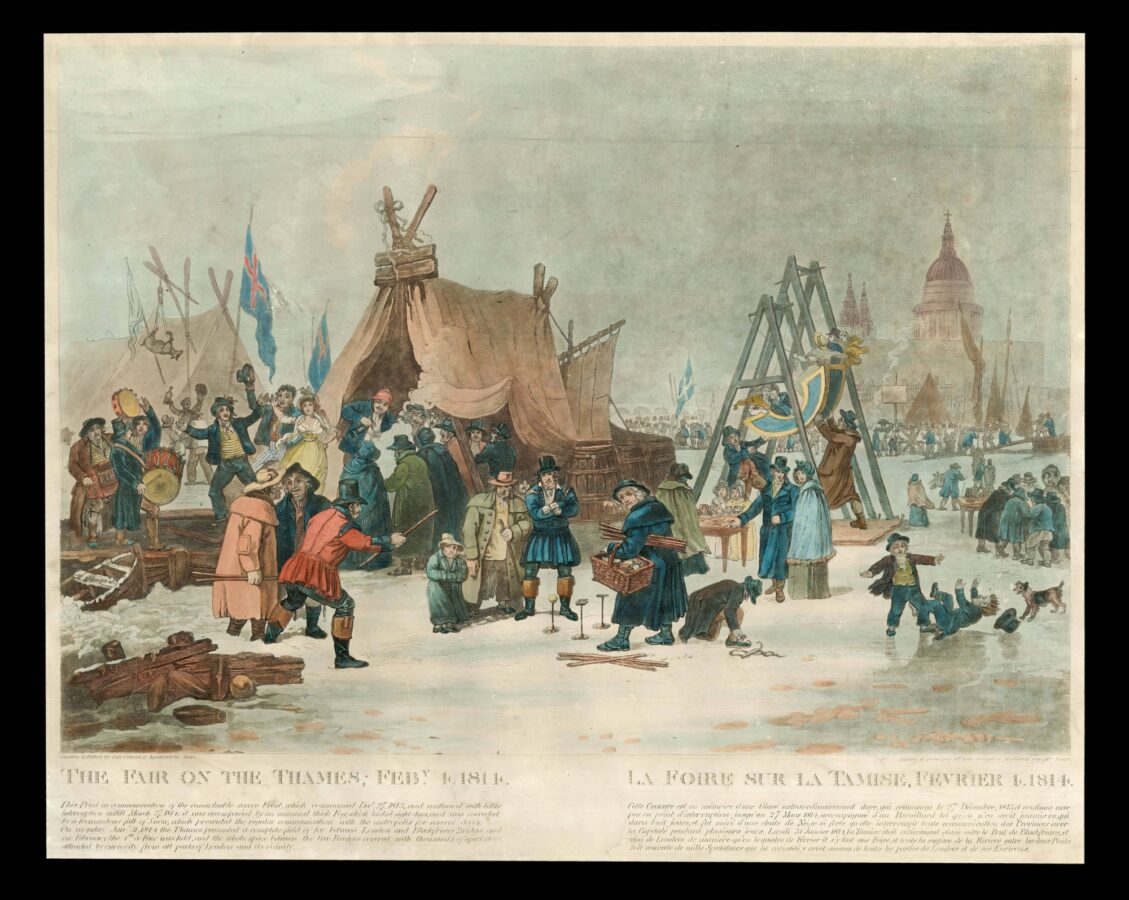 “the Thames presented a complete field of ice”

The Fair on the Thames

Clennell’s depiction of the Frost Fair on the frozen River Thames of 1814 became very popular and was published by numerous printers in London. He has captured the carnival atmosphere of the event, showing the wide range of the activities and entertainments enjoyed by all: from a band to a barbecue, fortunetelling to fairground rides; and even one of the many printing presses that worked on the ice to issue souvenirs.

People from all walks of life seem to be attending, with some dressed in suits and top hats, others in shawls and caps. On the left, the prow of a small boat is visible, held fast by the presumably thick ice that has formed around it. Some punters enjoy a ride on swing boats, a fair-ground attraction which gained popularity during the Victorian era. St. Paul’s Cathedral and Blackfriars Bridge are visible in the background.

This example, aquatinted by Richard Reeve, has descriptive text below in both English and French, which is somewhat strange given the ardent hostilities between Britain and France at this time. The note records that ​“On Monday Jan 31, 1814 the Thames presented a complete field of ice between London and Blackfriars Bridges and on February the 4th a Fair was. Held, and the whole space between the two Bridges covered with thousands of spectators, attracted. By curiosity from all parts of London and its vicinity”.