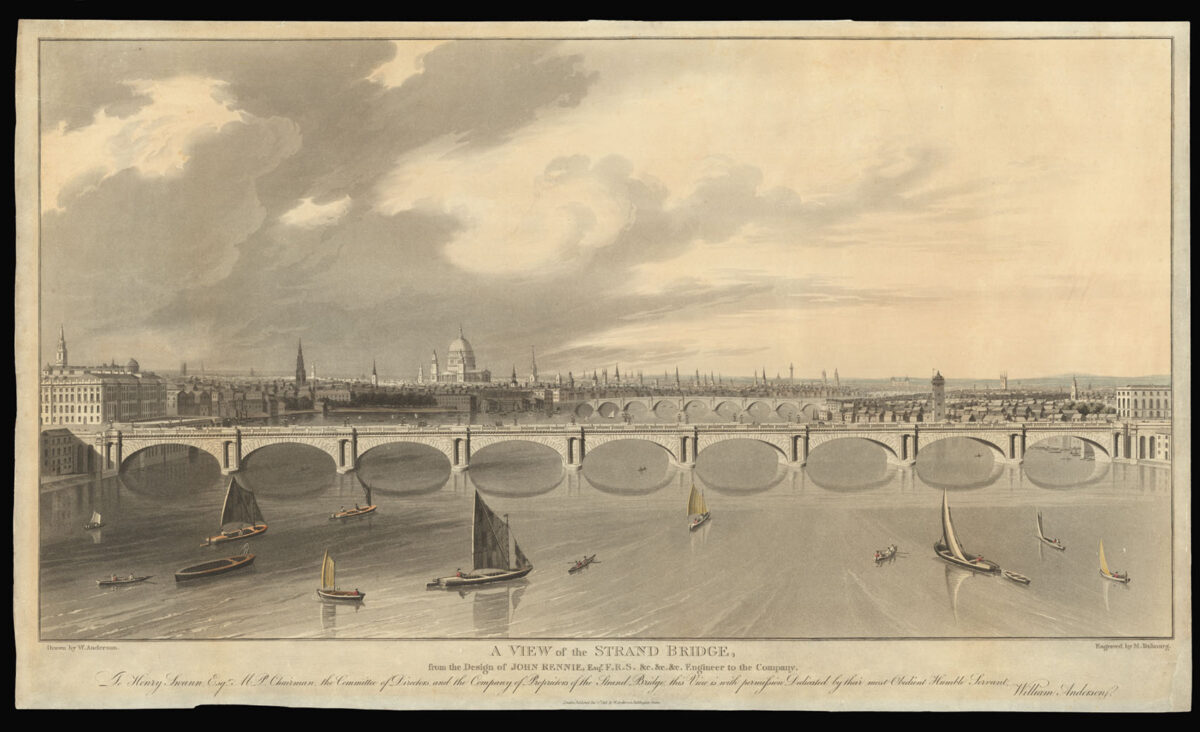 The Strand Bridge was the original name of the first Waterloo Bridge before it was renamed in honour of the Duke of Wellington’s great victory. The Strand Bridge Company was formed by a group of investors who wanted to build a new toll bridge to take advantage of the growing number of people needing to cross the Thames. It was designed by John Rennie, the Scottish architect. It was renamed by Act of Parliament in 1816 in honour of the great victory won by the Duke of Wellington over Napoleon Bonaparte, and opened by the Prince Regent on the second anniversary of the battle. The Italian sculptor Antonio Canova described it as ​“the noblest bridge in the world, worth a visit from the remotest corners of the earth”.

The print is dedicated to Henry Swann, a Tory politician and the chairman of the Strand Bridge Company.

William Anderson (1757–1837) was born in Scotland and became an artist specializing in maritime painting.

Matthew Dubourg (fl.1786–1838) was an engraver in aquatint who often worked for the London publishers Edward Orme and Thomas McLean.