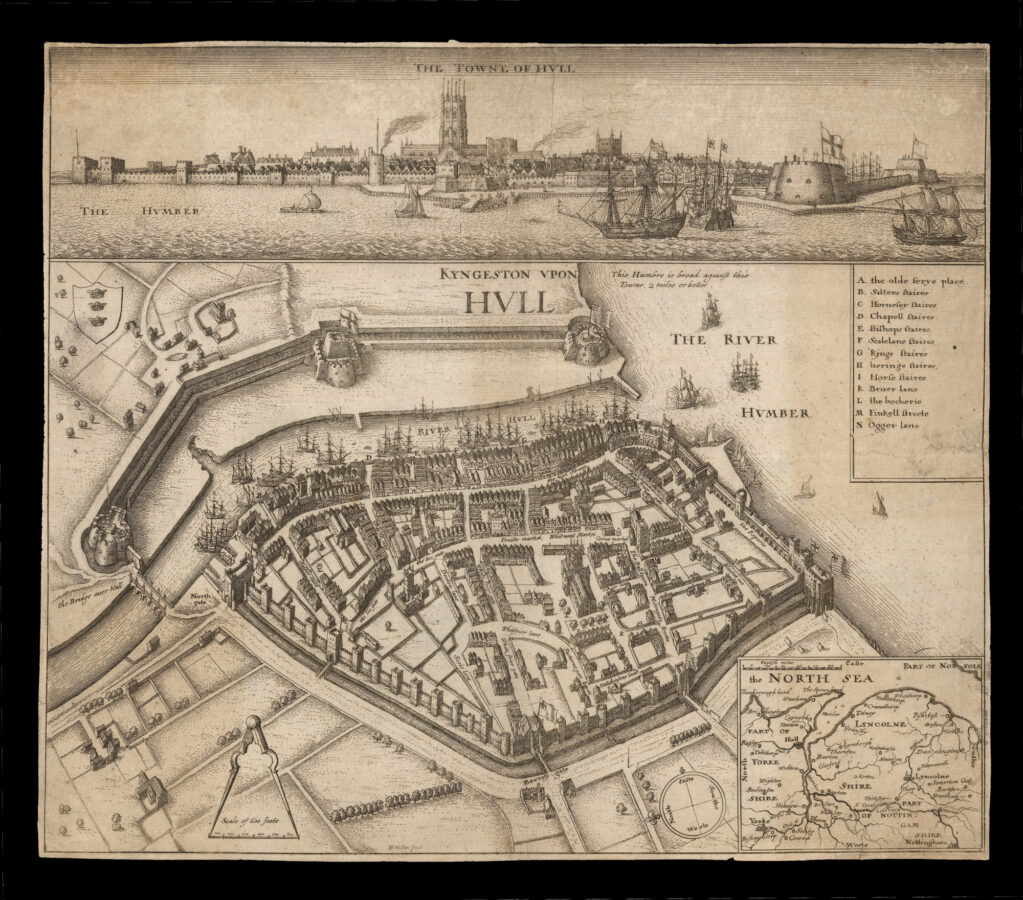 The Siege of Hull

The Towne of Hull

In 1642 Wenceslaus Hollar produced a plan of Hull in the East Riding of Yorkshire, likely prompted by the recent siege of the city during the Civil War. The siege marked a significant escalation in the conflict between Charles I and his Parliament after the king attempted to secure the large arsenal held in Kingston upon Hull but was rebuffed by the town’s Parliamentarian governor. Although he retreated to York, Charles later got news that Hotham might be willing to give up the town if the encroaching Royalists forces were of sufficient size to enable him to surrender with his honour intact. Therefore Charles led 4,000 soldiers, expecting an easy victory, but meanwhile Hull had been reinforced by sea, with Parliament sending reinforcements to ensure Hotham’s loyalty. The Royalists then staged a largely ineffective siege, which was attacked by a series of successful Parliamentarian sallies that eventually destroyed their most important magazine, upon which they lifted the siege and withdrew to York.

As well as the typical urban features, Hollar’s view shows the city’s fortifications and the ships on the Humber during that supplied the forces during the siege. Several areas are labelled directly on the view, but there is also a 13-point alphabetical key in the upper right-hand corner that identifies other sites. In the lower right-hand corner of the print is an inset map of Humberside, Yorkshire and Lincolnshire, while along the upper edge extends a panoramic view of the tower from the Humber.