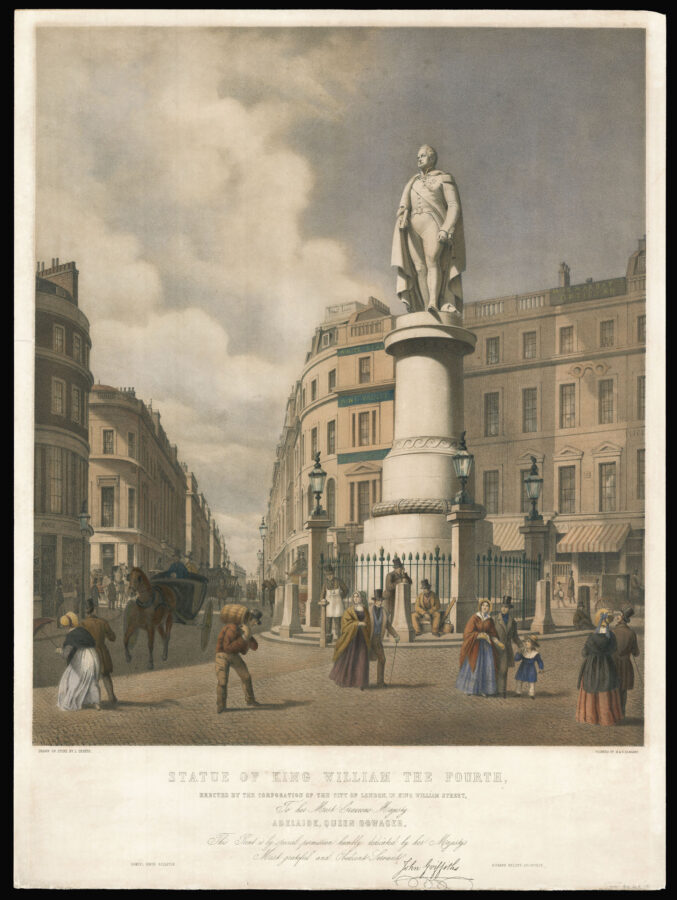 A print showing the statue of William IV erected in December 1844 on a street also named after the monarch, as it was built during this reign. The statue was commissioned by the Corporation of the City of London, and carved by Samuel Nixon, a now relatively unknown sculptor from a family of glass painters and sculptors.

It shows William in the uniform of the Lord High Admiral, an office he gained in 1827, three years before he became king. William entered the navy at the age of 14 and found his calling; he acted as best man to Admiral Nelson. He was known as the Sailor King, which is why the Corporation chose to honour him in this way. Fittingly, the statue is now in Greenwich, where it was moved to make room for a pedestrian subway in 1933, presented to HM Office of Works by the Corporation in 1937.