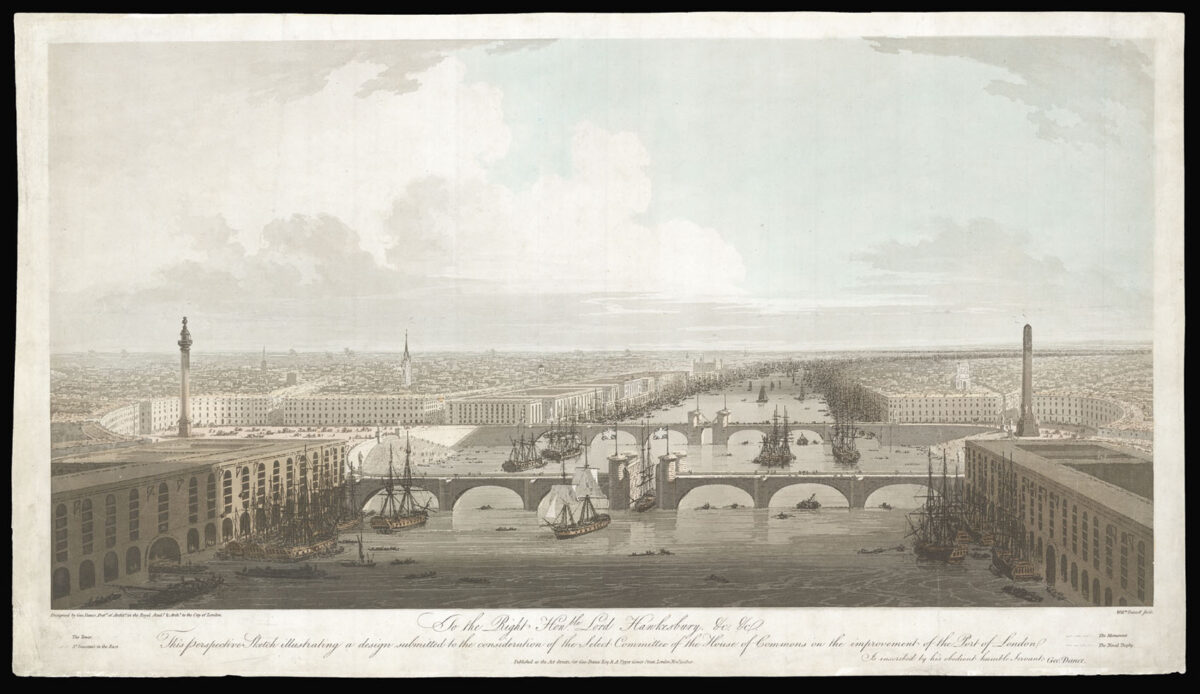 The Port of London as it never was

To the Right Honble. Lord Hawkesbury, &c. &c. This perspective Sketch illustrating a design submitted to the consideration of the Select Committee of the House of Commons on the improvements of the Port of London Is inscribed by his obedient humble Servant Geo. Dance.

William Daniell (1769–1837) was a painter and engraver, specialising in scenery. He often worked with George Dance the Younger (1741–1825), the architect and designer. Dance put forward a set of plans for improvements to the Port of London in his capacity as surveyor to the City, a post inherited from his father. He proposed that there should be two bridges, replacing the current London Bridge, to ease the traffic, linked by a piazza at each end, with monuments in the centre. The existing Monument to the Great Fire of London by Sir Christopher Wren would be retained, and a new naval monument erected on the opposite side. The challenge for the architects submitting designs was that tall river traffic had to pass through the bridge. Most submissions dealt with this by making the arches of the bridge higher. Dance chose to give each bridge a drawbridge in the middle, allowing ships to pass through one while traffic continued uninterrupted on the other.

The print is dedicated to Lord Hawkesbury, later to become Lord Liverpool and Prime Minister for 15 years. At the time he was Master of the Mint, and the chairman of the Select Committee formed to consider the problem of shipping and commerce in the Port of London.

One of the foremost landscape artists of the early nineteenth century, William Daniell was adopted by and apprenticed to his uncle, Thomas Daniell (1749–1840), an accomplished artist in his own right, and pioneer in the development of the aquatint process in Britain. 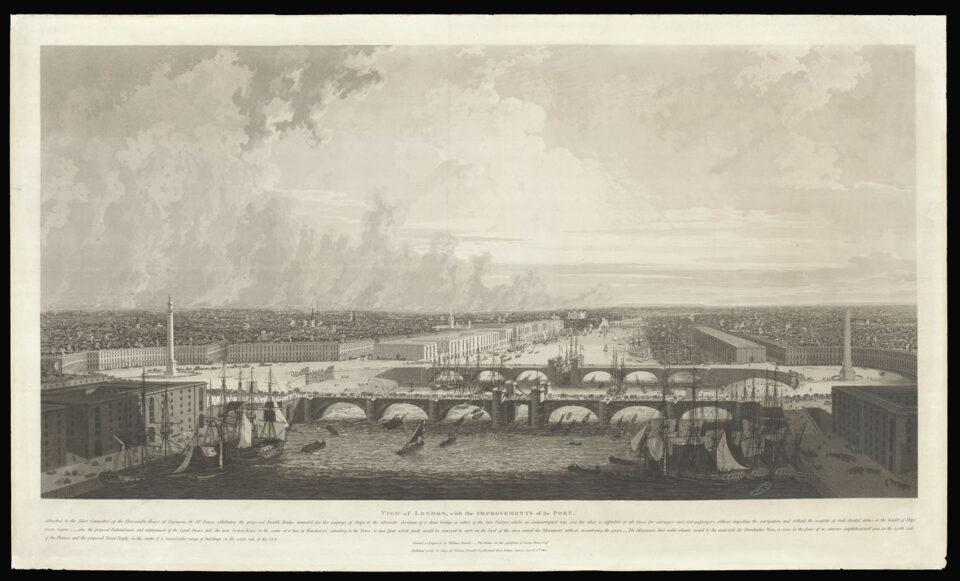 William Daniell Aug. 15, 1802.
View of London, with the Improvements of its Port submitted to the Select Committee of the Honourable House of Commons, by Mr Dance, exhibiting the proposed Double Bridge intended for the passage of Ships. Painted & Engraved by William Daniell, the Picture in the possession of George Dance Esqr.