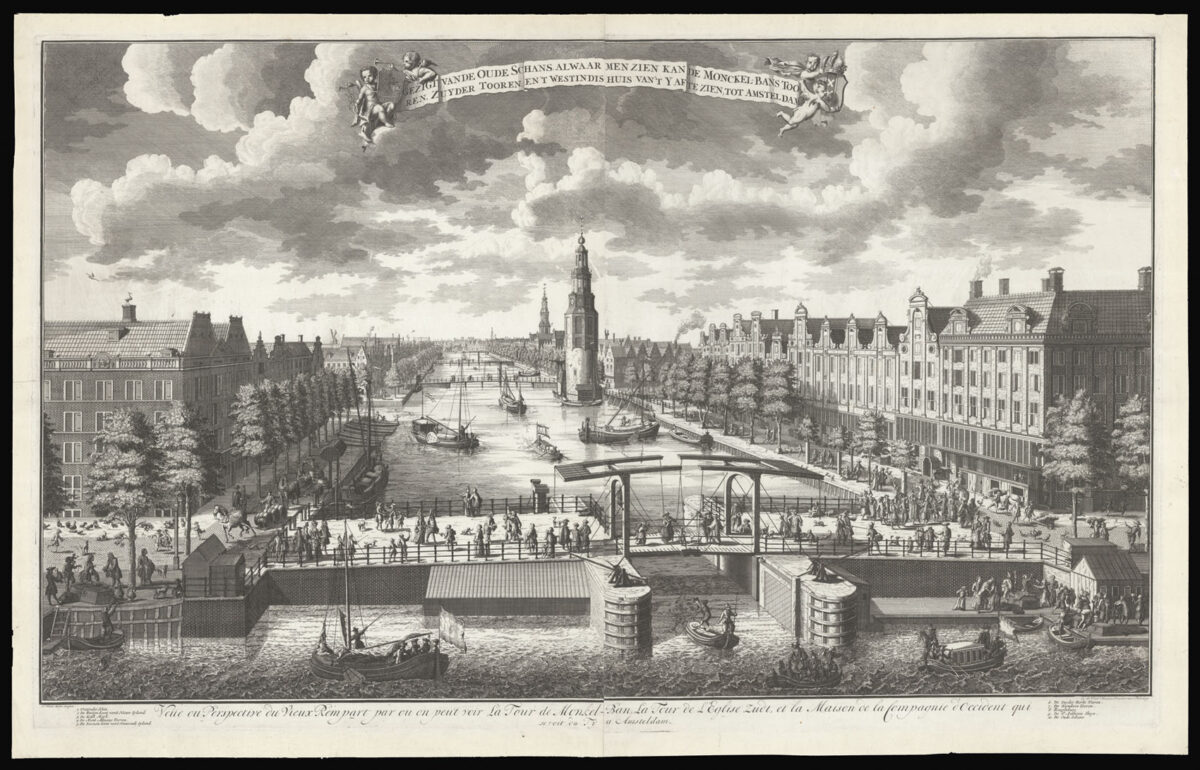 The Oudeschans or Oude Schans , originally named the Nieuwe Gracht , is a wide canal in the eastern part of the inner city of Amsterdam. The canal runs from the Sint Antoniessluis (between Sint Antoniesbreestraat and Jodenbreestraat ) to the Oosterdok , which is connected to the IJ. The canal is best known for the sixteenth century Montelbaanstoren and is sometimes called Montelbaansgracht.

The most prominent feature is the Montelbaanstoren or Montellbaans Tower. The tower was originally built in the sixteenth century as part of the cities defence. The decorative upper half of the tower, designed by Hendrick de Keyser was added in 1606. Just to the left of the tower can be seen the tower of the Zuiderkerk, the first Protestant church built in Amsterdam.

Jan Smit was a draftsman and engraver working in the first half of the eighteenth century in The Netherlands.